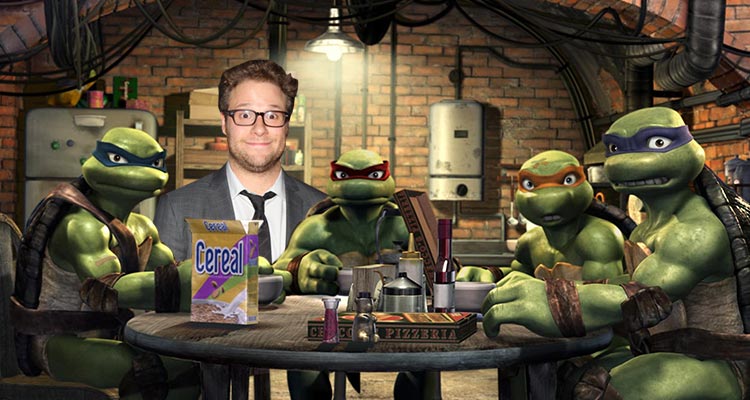 A new Teenage Mutant Ninja Turtles is headed our way courtesy of Seth Rogen‘s Twitter account (which can be seen below).

Set to be released this coming August 11, 2023, the upcoming TMNT movie is a CG-animated reboot with Seth Rogen as producer along with Nickelodeon according to Variety.

Brendan O’Brien, co-writer of the scripts for Neighbors, Neighbors 2: Sorority Rising will write the reboot. Jeff Rowe, who co-directed and wrote the recent Netflix animated movie The Mitchells vs. the Machines (which we reviewed), will helm the film. Paramount is handling the global distribution for the reboot.

Rogen‘s tweet showed what seems to be Leonardo‘s science notes and well. It really does look like notes created by a teenager.

For those who don’t know, The Teenage Mutant Ninja Turtles (often shortened to the TMNT or Ninja Turtles) are a fictional superhero quartet of juvenile bipedal tortoises, trained in the ancient art of ninjitsu ninja[a] that appear in a self-titled franchise consisting of comic books, animated children’s cartoons, feature films, and other tie-in products. The characters were created in 1984 by comic book writer-artist team Peter Laird and Kevin Eastman, who named the four turtles after Italian Renaissance artists and published the characters’ adventures in comic books published by Mirage Studios. (from, Wikipedia).

Aside from this cg-movie, there’s an upcoming TMNT game titled, Teenage Mutant Ninja Turtles: Shredder’s Revenge which is set this year.