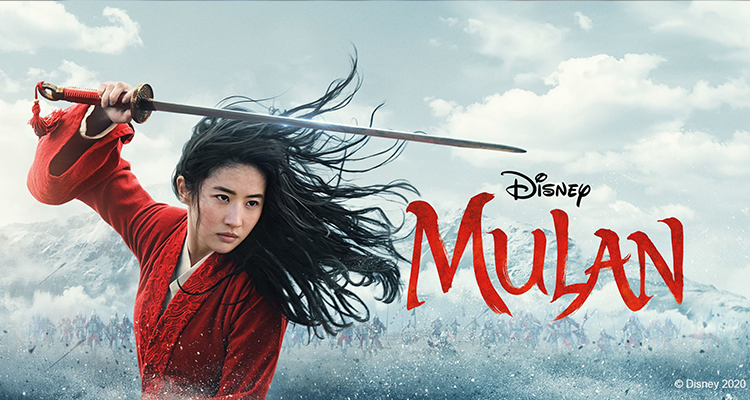 Mulan. This is a Disney movie I didn’t particularly feel much energy to review. This pretty much gives you a summary of the review. For those who care to look into why I was rather ambivalent about writing about the movie at all, with all its pros and cons, you may proceed below.

Disney‘s Mulan (2020) stars Yifei Liu along with some other big-ticket names like Donnie Yen, Gong Li, and Jet Li. This version of the movie was stated to be a more faithful adaptation of the original literature. This was why they removed some iconic Disney elements such as the musical aspect, and reworked depiction to respect Chinese culture more faithfully.

I originally had a little more hope overall for the movie, but early vibes from the global social network gave me a bit of a sense of foreboding. Now I’m hardly anything more than a random geek on the internet so bear with my consumer-level critique. The worst part of the film was in how the cast was used and in the actual competency of some of the cast.

Despite the star power of the elder actors, Yifei and her younger co-stars didn’t quite capture hearts. Yifei herself, I realized, never came off showing much emotion aside from some form of stoic bravery – which was appropriate at times, but not for the entire story. It’s a problem when I feel more expressiveness and range from cartoons than from a supposedly live actress. Personally, I felt that Ming-Na Wen‘s cameo exuded more character than half of the entire film with Yifei. As for her soldier co-stars, I felt that they lacked screen time and enough characterization to develop an attachment with the audience.

The villains are probably the best part of the cast, but sadly the story begins strong and ends terribly with them. Jason Scott Lee as Bori Khan and Gong Li as Xianniang could’ve made for iconic new portrayals. Gong Li‘s character, in particular, was quite interesting but again lacked some sort of development to make things have more impact. Similarly, Jason Scott Lee could have had more nuance or at least more fearsomeness in his story, but again we hardly saw him and his horde ravage much beyond the early part of the film.

Another major downside is the use of the phoenix, which as I have been told was very poor CGI. Not being a particularly detail-oriented person, I didn’t notice that. But I did feel like it was appearing rather randomly and was a lost opportunity to create a character to interact with. Instead, it felt more like an erratically appearing dramatic cue. Also, the fighting choreography was a major weak point, which was a major disservice to talents like Emperor Jet Li and Commander Donnie Yen, who have major action chops that could’ve been better leveraged.

There are a few upsides, however, to like. All in all, the cinematography was pretty good. There were really beautiful scene shots and settings. We get great landscape panoramas and decent large-scene choreography. So if you’re looking for a (mostly) nice looking film in terms of aesthetics, Mulan won’t disappoint for the most part. Also, there were a few really good scenes that jived with the music, particularly the nostalgia themes.

Unfortunately for Mulan, these minor scenes go really well in trailers but save a movie they cannot. With a movie that didn’t quite dare to go far enough to break new ground, nor stitch together enough of the great characters and story themes from the animated version, Mulan finds itself in a situation described by a Chinese saying: Do not put each foot in a different boat. We end up with a movie that is neither a good wuxia-esque kung fu epic nor a well-developed nostalgic adaptation. Better try next time, Disney.