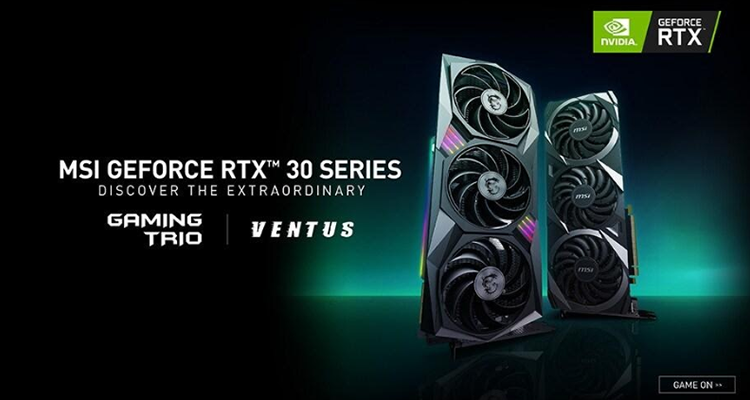 MSI shares their take on NVIDIA‘s latest technology on graphics processing. For those not in the loop, the NVIDIA GeForce RTX 30 Series GPUs are the second generation of RTX cards that features new RT cores, tensor cores, and streaming multiprocessors, bringing stunning visuals, high frame rates, and AI acceleration to games and apps that support it. NVIDIA claims this to be the biggest generational leap in its history. The Ampere architecture also delivers up to 1.9x performance-per-watt over the previous RTX 20 Series.

MSI released 2 GPUs based on the new Ampere architecture.

The MSI Gaming brand has been refreshed with a fresh look while striving to achieve the balance between cooling, performance, and low noise. The latest cards in this series have a new TORX Fan 4.0 design that has a pair of fan blades bound together with an outer link, forming a rim that focuses airflow into the also refreshed TRI-FROZR 2 cooling system. The backplate is a matte finish for the subtle look and also provides passive cooling action with the help of thermal pads. RGB lovers will surely love the Mystic Light implementation, syncing with everything in your system, as long as they’re compatible. 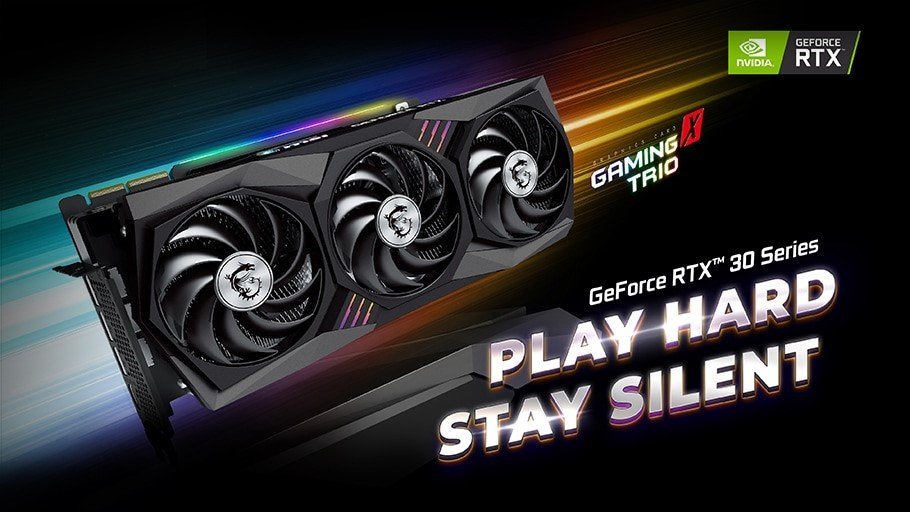 The Ventus lineup, on the other hand, is back bigger than ever. It now features an enhanced TORX Fan 3.0 and is available in a 2-fan or 3-fan configuration. Whether you’re hard at work or deep in play, the Ventus‘ no-frills, the performance-focused design is set to fit in with your setup no matter how you want it to look. The Ventus is known for its robust cooling system and rigid industrial aesthetic. It looks neutral and less flashy and will perfectly fit any sleeper build you plan on doing.

For more information, you can check out the MSI RTX 30 Series microsite.