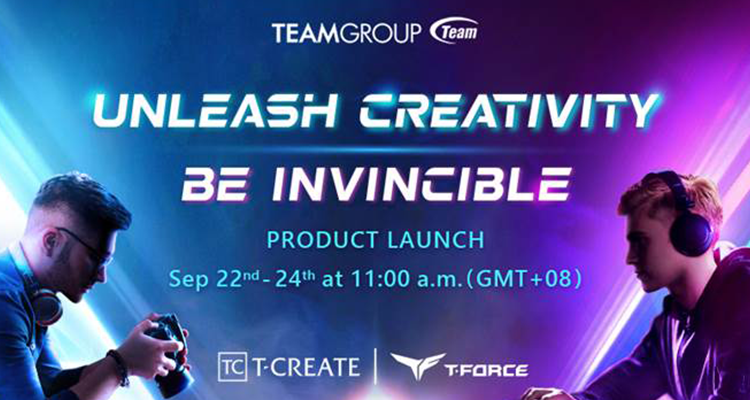 TEAMGROUP announced that it will launch its latest products under the TEAMGROUP and T-Force brand simultaneously online worldwide from September 22 to September 24. And debuting in the event will be its latest brand, T-Create, a brand tailored for creators. From September 22 to September 24, starting at 11 A.M.(GMT+8), the company will premiere product videos from the T-Force, T-Create and TEAMGROUP brand. You can tune in to TEAMGROUP‘s global official video channels and social media platforms. During the event, there will be a lucky draw and the grand prize is a creator PC worth $3,000.

This year’s T-Force launch event will debut the premium products tailored for gamers and PC enthusiasts around the world. Notable products include the XTREEM ARGB Gaming Memory, which was awarded the Red Dot Design Award this year and was able to set a new AIDA64 Overclocking World Record. Another product of note is the DELTA MAX SSD in a new matte, translucent white color. And last but not the least, the T-FORCE CARDEA Ceramic C440 M.2 SSD, perfect for those who are building a white-themed performance PC.

With the rising demand for live video broadcasting and content creation, TEAMGROUP is launching a new T-Create brand aimed at content creators in the event. The product series is divided into CLASSIC, EXPERT and MASTER, which are designed to meet the varying needs of creative professionals depending on their skill level. One of the highlights of the show would be the T-Create memory modules that has a single stick that has a 32GB DDR4 capacity and the first solid-state drive that they claim to have the world’s first unprecedented warranty period.

And for the main brand itself, TEAMGROUP will release a HUGE microSD memory card and the industry’s biggest SSD with a whopping 15.3TB of storage. TEAMGROUP‘s 2020 online launch event is definitely something to look forward to not just because of the new products, but also because of the $3,000 creator PC they’ll be giving away.

We also have the specs of the PC they’ll be giving away: 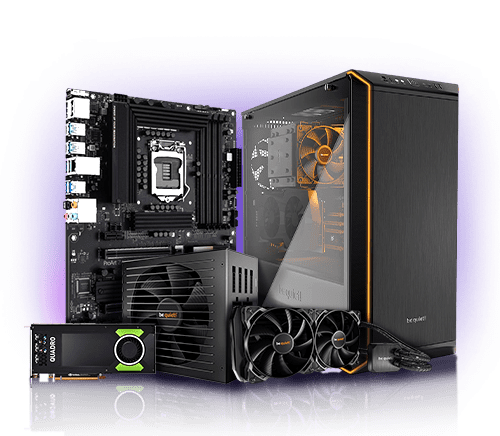 5 runners up will also get a chance to win a 1TB T-FORCE DELTA MAX RGB SSD. TEAMGROUP will also draw special prizes for those who will join the product launch event that will be streamed live on the official Facebook pages starting at 11:00 a.m. (GMT+8) on September 22nd–24th.

You can read more about the event here.