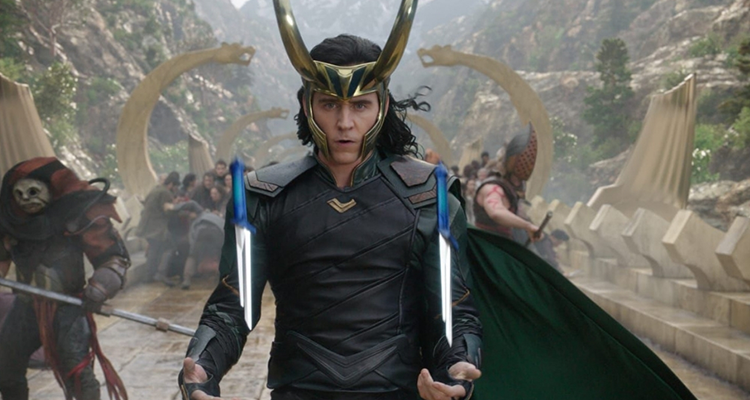 Loki is a Show That’s Burdened with Glorious Purpose

If there’s anything we know from the upcoming MCU series debuting Disney+, it’s that we literally have no idea what’s going to happen. And that’s saying a lot given the number of teasers and trailers we’ve been shown these past few months. Much like the promotions for Hideo Kojima’s Death Stranding, while each new trailer and leak generates hype, they leave us with even more questions on each reveal. Fans are thrilled with the prospect of knowing so little about Falcon and the Winter Soldier, WandaVision, and Loki – given that it has been confirmed that these series will be MCU-canon and that they will all be releasing this year. While many have felt that it’s refreshing to be coming in to the new shows with barely any baggage of expectation or pressure for the series following a certain storyline, many have still tried to piece together the seemingly random pieces together to find some clues to grasp. While FaWS and WandaVision have either little to go on by (FaWS following Falcon’s taking up Captain America’s mantle) or a whole lot of I-don’t-even-know-where-to-begin with (WandaVision), Loki truly represents as God of Mischief with a bit of both. So let’s put on our tinfoil hats and Nancy Drew our way through all the chaotic breadcrumbs Loki has in store for us. Spoilers ahead:

After faking his death numerous times, Loki finally kicks the bucket in the hands of Thanos barely 10 minutes into Avengers: Infinity War – much to the dismay of a lot of fans hoping to see more of him in action. Which is weird given that his actor fan favorite Tom Hiddleston toured with the rest of the main cast to promote the movie. Many speculated because of this that Loki may have faked his death somehow yet again and has yet to reveal himself in the future, but others have just disregarded it as part of Hiddleston’s status and sizable fandom in the MCU. The Russo Brothers also confirmed that there’s no coming back for Loki this time – despite how out of character his last actions and how cryptic his last words were.

As consolation though, we get to see Hiddleston’s Loki again in Avengers: Endgame when the team travels back in time to gather the Infinity Stones from the past. This happens shortly after the first Avenger movie ends where they apprehend Loki and seize the Tesseract – container of the Space Stone. As the present-day Avengers cause a commotion in an attempt to steal the Stone, past Loki uses this opportunity to steal the Stone instead and get away with it – which leads the team to find another point in time to steal the Stone. The fate of this Loki is never addressed later. Many assumed that this was rectified when Cap was returning the past Stones to their original timelines in the last scene, but time travel can be a bit complicated and as far as their time travel logic goes, this could have paved the way for Loki to continue existing in another timeline. This was then further supported by…

The Announcement of the Disney+ Series

Many knew that MCU content besides the movies were coming to Disney’s streaming service, but people did not expect to see a Loki series, challenging everyone’s understanding of the canon and his status yet again.

An early shot of the production showed Loki walking down a street during what appears to be 1975 due to the theater sign of Steven Spielberg’s Jaws shown prominently in the background.

This went with an early synopsis that describes Loki “Popping throughout human history as an unlikely influencer of historical events.” This suggests however that Loki somehow gained access some form of time-travel capabilities – given that during the most recent San Diego Comic Con, Kevin Feige and Tom Hiddleston themselves confirmed that this series is about what happens to the Loki that got away from Endgame’s “time heist”. How he ends up with those time-traveling powers is still a mystery. Though considering that now the God of Mischief has access to time travel and the Tesseract’s teleportation, we can only expect the purest and finest of mayhem and misbehavior.

Throughout its promotions, Loki has received multiple treatments for the show logo – each iteration showcasing a different font per letter, whimsically reflecting his chaotic nature. While there are those that criticized the design for not having a consistent memorable design, many have praised its erratic appearance as an appropriate representation of Loki’s character. There have also been speculations that the fonts represent the eras that Loki will be visiting throughout the series.

Last February, Disney showed a 30-second promo video of the new MCU series premiering in the Disney+ streaming service. While Loki was only there for a moment, he makes it count when he proclaims Joker-style that he will “burn this place to the ground.” What’s interesting here is that he appears to be detained by – judging from his attire – the TVA. For those not in the know, the Time Variance Authority or TVA in the Marvel comic book universe are- in simple terms – time cops. They are an infinitely vast bureaucracy that governs many realities in the multiverse, making sure that every reality is developing as planned. This not only confirms that Loki is indeed messing with time and history itself, but that the MCU is indeed heading into a Multiverse setup – this show spearheading that movement along with the upcoming Doctor Strange sequel.

We can only speculate what will happen next as this can allow a lot of possibilities like rewriting the past to revive dead characters or even the long-awaited introduction of mutants to the MCU. As of now, fans can rest assured that Tom Hiddleston and Loki won’t be leaving the cinematic universe anytime soon.  What it doesn’t do is keep us calm since now everyone is hungry now more than ever for the next development in this beloved superhero franchise.

Marvel’s timeline indicates that the Loki series will premiere on Disney+ in Spring 2021 – around the same time as the theatrical debut of Doctor Strange in the Multiverse of Madness. Now if only Loki can mess up the timeline and speed it up, that would be cool, but otherwise, we’d have to be content with the fact that the God of Mischief has a lot in store for us.