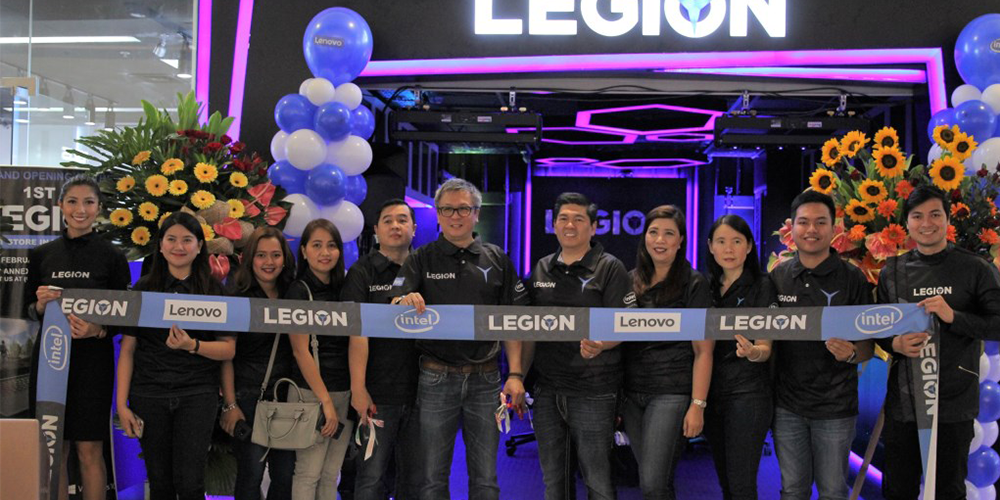 The Legion Concept Store features a wide range of Lenovo products which visitors can test and play games on.

As the gaming market grows exponentially every year, we at Lenovo would like to maintain our commitment in providing best performing and top of the line devices to the Philippines, which includes the Legion line of gaming notebooks. The exclusive Legion store was conceptualized to support the local gaming culture and provide virtually everything that a gamer needs,

The store will occasionally hold mini gaming tournaments with the aim to further engage the local gaming community.

The SM North EDSA concept store is  the first among the planned Legion Concept Store that will open all over the country.

Aside from the inauguration of the first Legion Concept Store, Lenovo also showcased it’s first ever RTX driven gaming laptop, the Legion Y740,

The Legion Y740 is geared towards esports professionals and mainstream gamers who mostly play the latest AAA games, the Philippine release of the Legion Y740 boasts of having the Nvidia GeForce RTX 2060 graphics card.

With new and upcoming PC games being increasingly demanding in terms of graphics, Nvidia’s RTX graphics cards are what mainstream gamers need if they want to fully immerse themselves into these worlds, as it allows everyone to play at maximum settings while providing crisp and clear quality like never before,

Aside from the RTX 2060, the Legion Y740 has the eight generation Intel Core i7 and is one of the thinnest and lightest among it’s contemporaries with only 19.95 mm think and around 2.2 kilograms. The Legion Y740 also has the Corsair iCue powered RGB keyboard nad has USB-C Thunderbol 3 support. The Legion Y740 comes with 16GB RAM, 1TB + 256GB SSD memory, and a 15.6” FHD IPS 144HZ (slim bezel) panel size.

The gaming laptop is available for 119,995 php at the Legion Concept Store, Lenovo Concept Stores, and at major electronics stores nationwide. Buyers can enjoy two-year onsite warranty, and those who purchase up to March 31, 2019 can avail of a free JBL Clip 2 and Lenovo Accidental Damage Protection (ADP) support worth as much as 9,000 php as part of an ongoing promo.