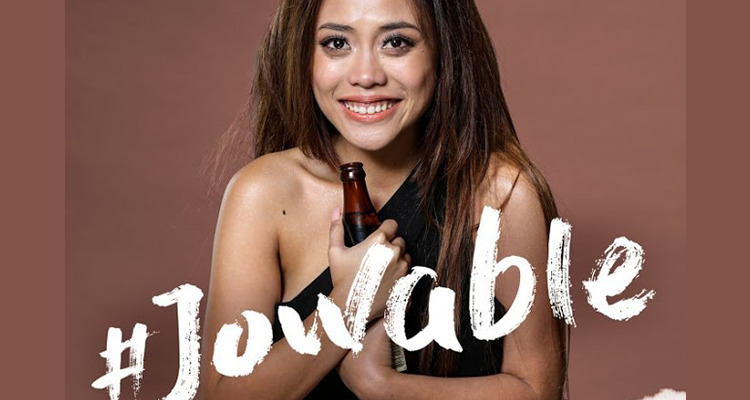 YO, GEEKS: Friendly reminder that COVID-19 and #CommQua/#SocialDistancing/#MMLockdown was never going to be enough to stop us from kicking back and relaxing with some Netflix goodies. I had already started it, even. I officially opened with #JOWABLE. What you will be reading now were my notes on the matter.

For those who have not seen #JOWABLE, let me clarify that this was not your Strong-Independent-Woman kind of film. While Elsa, played by Kim Molina, did learn to stand on her own after being enlightened, her story revolved around the desperation to get a boyfriend just as everyone else found their S.O.’s. I don’t mean it loosely when I say “desperation”. She reached the point of being jealous of mating roaches.

The film is undoubtedly flimsy, with several elements of the movie lousily stitched together. There were too many plot devices that, while in-line with the general direction, felt as though their context had been tossed into the air and were placed for the sake of being there. However, it was rather obvious that there should have been some sort of depth in each one.

#JOWABLE could bring down the house with laughter. Unfortunately – and sadly – there was an unnecessary amount of comedy that it clouded too much of what was important: Elsa’s character development. However, the movie can also be endearing and emotional at times when it should be. (Shout out to the church and the pregnancy announcement scenes).

Now that I’ve cleared the air of negativity, I will happily take you through the mentionable pieces of this film.

The movie had a lot of quotes to be remembered, some of which were words to live by. Candy Pangilinan’s nun character’s advice to Elsa:

Was one of those. On the other hand, the movie had other quotes that would undoubtedly end up on Tiktok one way or another. Especially this one

The key supporting cast was entertaining and carried the movie on their backs as much as the lead did, truth be told. Their characters were so believably irritating that it would be so hard to believe that they were friends to Elsa or even a mother to Elsa. It was so easy to just outright say, “taena niyo”, and walk out with a middle finger in the air. Although, they could have been so much more instrumental had the material been written better.

Kim Molina was amazing – I’ve seen her star in Rak of Aegis, Paano Ka Naging Lady, and Camp Sawi – and, as always, her performance did not lack in luster. Her stint as Elsa (from what I’ve seen her do) was a testament to her diversity in talent. She brought about a whole new level of desperation on-screen that made me want to call her up and invite her for a few drinks. Because:

She was and is a force to be reckoned with in whatever platform she steps into.

There. That should about wrap-up the key commendable things I found in #JOWABLE. It was not one of the best Pinoy movies out there (Four Sisters and a Wedding pa rin, mga—); nevertheless, it had its fair share of memorable features. For me, those were the dialogues, the powerful cast, and the equally powerful female lead.

Unfortunately, those did not make up for the story. However, #JOWABLE could help in killing some time during this very season. I mean, it should still be able to provide you with some distraction and comedic relief.