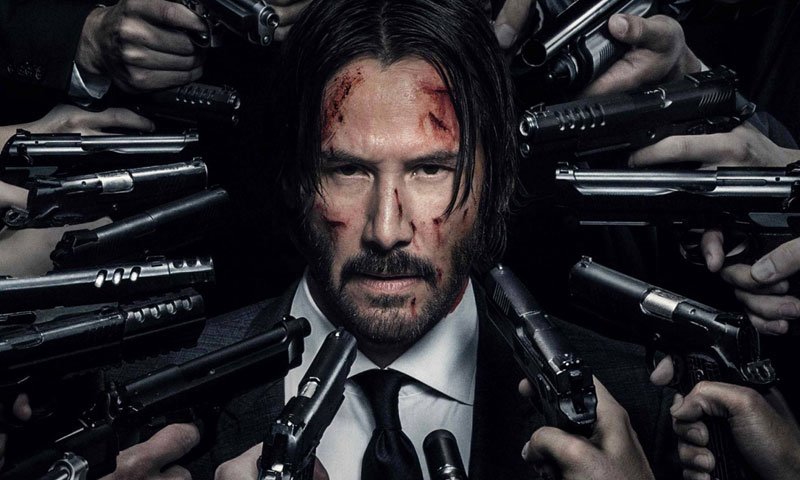 The second chapter in the John Wick story has us see the tortured hero take on a hit job, a lot more dead bodies, and more exposure to the criminal underworld that the previous movie hinted at.

John Wick: Chapter 2 jumps right at it as the movie begins a few days since the first movie left off. You are immediately shown the ramifications of the rampage he has caused to the Russian Crime Syndicate in the first film. And true to what Winston, the owner of the Continental Hotel has said in the first movie,

And indeed, somebody has dragged him back to his past in this outing, in the guise of crime lord, Santino D’Antonio (played by Riccardo Scamarcio) who wants him back for one last mission.

What makes John Wick 2 an awesome sequel to the first film is that we were given a wider perspective of how the whole crime syndicate works in the world of John Wick. We were given the next level in the perspective of the underworld with the movie presenting more services the Continental provides, and even another branch that also provide the same service the head “office” has. We were also given a glimpse on the scale the criminal underworld works on most especially that Chapter 2 hinted on a more internationally organized crime syndicate.

The quality of the action sequence (and violence) is consistent to what the first movie presented. You are provided a proper shot of the stunts and actions sequences without the use of cuts which was one of the hallmarks of the first film. There is one thing I’d like to note especially with the presentation of the second film. Ff the first movie made it fun to watch how grounded the kill count John Wick (Keanu Reeves) had, Chapter 2 would require you suspend a small sense of disbelief on some scenes in this outing. There are sequences in Chapter 2, that the bullet count (yes, we counted) went over and beyond the expected bullets one handgun would have.

This little inaccuracies are easily set aside as you are already expected to have that sense of disbelief on everything the movie is showing you from the get go.

Fans of the first movie will have no problem taking in the world of John Wick: Chapter 2, while those who are new to the movie can still find that the movie’s plot is easy enough to follow. It goes without saying though, that if hyper violence is not your cup of tea, then you better watch a different movie then (why not try The Lego Batman movie? Here’s my review! haha).

I also loved that chapter 2 finally showed the frustration John clearly had accumulated since the first movie. And having that Catharsis moment as you can see and feel the build-up of his frustration just explode in that one scene gives us the human side of the not-so retired assassin we fell in love with.

One of the better changes they did for the Chapter 2 is the inclusion of a truly despicable Antagonist that you can really hate. Not unlike Iosef, the entitled mob kid, we were given a conniving, and manipulative big bad with Santino D’Antonio. The guy was a tad better bad guy because you really just want to see him take a bullet, after everything that’s happened.

The movie is also forgiving to those who haven’t watched the first one. I liked that you were given a brief breather at the start of the movie. And that the movie was setup that you don’t need prior knowledge to enjoy the whole thing.

All in all, John Wick: Chapter 2 is a welcome brick to the world Chad Stahelski has built since the first movie. I loved that you are given room to explore even if you’re following just one character in the narrative. And even with the peek into the grander underworld, the movie is still grounded with what the first movie was able to bring to the screen and that without a shadow of a doubt is what makes the movie a watch see.