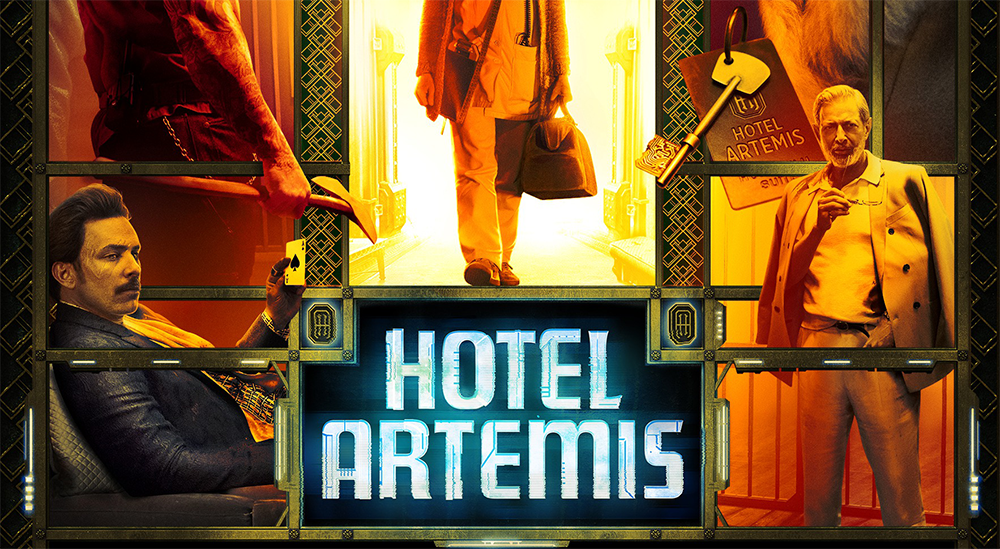 Hotel Artemis tries to be a whole lot of things. Good news is that they did achieve that. Bad news is that it wasn’t enough. It tried to be futuristic to justify one person being able to single-handedly run a high-function medical facility, but it wasn’t futuristic enough to establish the era. It felt like a modern-day gang film with convenient yet out of place and unnecessary gadgetry. I understand that it only takes place 10 years into the future, but it only feels like an afterthought.

The movie is set in the not too distant future where riots over water privatization have ravaged Los Angeles. Jodie Foster‘s character The Nurse runs a high-security members-only hospital for criminals, bound by anonymity and a strict set of rules. Think The Continental from John Wick set in a modest Purge. It supposedly acts as a neutral ground so even the most volatile of personalities have to keep it civil to keep enjoying the hotel’s perks. During one of the biggest riots in the city, the hotel finds itself fully booked with characters whose fates are about to collide.

While the synopsis makes it sound like the next best crime noir movie, the overall execution is a mess. Most of the characters – even though their plots were conveniently written to intertwine together like clockwork – they awkwardly come together as there was a lot of content the movie wished to cover in its short 1 hour 30 runtime. Despite its stellar cast, Artemis fails to fully showcase what each roster member has to offer. Jodie Foster has some brilliant moments as an agrieved-turned-cynical agorahobe who can only find meaning and solace in her life by running the hotel. But since she has to share the air with other supposedly big characters, she never gets to fully develop or even establish her struggles beyond stating them, up to the point where her personal redemption doesn’t feel deserved.

Charlie Day‘s character, while brilliant as a smarmy arms dealer, serves no purpose at all to the plot and is only there to take up a room and airtime.

Both Zachary Quinto and Jeff Goldblum could’ve been amazing as the father and son crime lords of LA, save for the fact that they only get to do their scenes at the last 10 minutes of the film before being unceremoniously killed off. The only characters who seemed to get a decent slice of the pie are Batista – who had a certain charm playing the Nurse’s tough assistant/bouncer – and Sofia Boutella – who eagerly fits in her niche role as a femme fatale. In fact, they even get their own glorified 1 vs mob fight scenes – which is probably the only reason they signed up for.

All in all, Hotel Artemis feels like it’s caught in the middle of a lot crossroads. It feels like it could’ve been better fleshed out as a TV series, giving the many stories they wanted to tell more time to unravel, but at the same time, this was a project that could’ve ideally been pulled off with a movie budget. I honestly believe Hotel Artemis could’ve been great given that it is a clever concept, and the cast is well chosen. For what its worth, it’s an undemanding high-concept action film with an interesting plot.

Except that it feels like they just crammed this over the weekend. It’s good for a B-movie night, but I’m not quite so keen on watching it again.