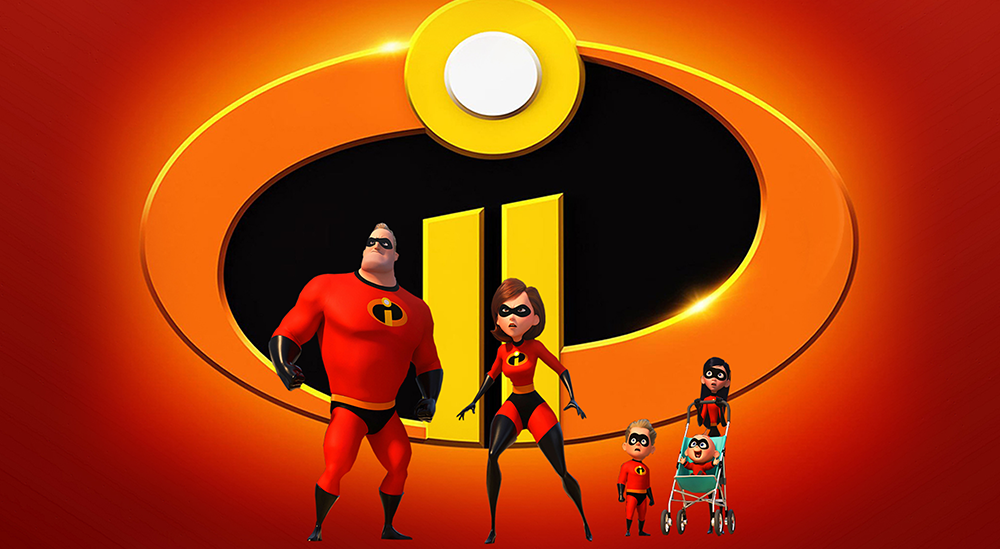 This is a review is 14 years in the making. As those who grew up watching the first movie as kids, we knew it was something that was going to stick with us as it was a kids’ film that wasn’t. It explored a lot of adult themes while not missing its mark of properly entertaining kids and growing teens at the time. It was dark and risky especially for a Disney Pixar film, but it pulled it off, becoming one of the most iconic and quoted animated film for millenials. And now we get to see these childhood heroes return. In a day and age where fandoms can be quite demanding and toxic, will Incredibles 2 meet the hype it’s been building for a decade? Incredibly, it did.

With the movie opening at the exact scene we left it a decade and a half ago, nostalgia immediately floods in and we’re thrown directly into the action as Mr. Incredible and Elastigirl suit up to pursue the Underminer – the kids reluctantly benched yet join in eventually. The results of their battle however causes more damage than good as it leads to the shutting down of the Superhero Relocation Program. However, opportunity presents itself when a wealthy enthusiast approaches them, and wants to change the public’s perception of hero activity, which hopefully will lead to superheroes’ legal reinstatement to society. As a hit to Mr Incredible’s ego though, they want to start the campaign with Elastigirl, leaving him to take care of Violet, Dash, and the increasingly powerful Jack-Jack.

Let’s start of by discussing how the plot is just a slight role reversal of the first movie – with Elastigirl this time being constantly in superhero duty, and Mr. Incredible stuck with domestic duty. It’s a bit meandering, especially for audiences expecting something more, but Incredibles 2 has shown that it can execute this retread without being seen as a rehash.

The movie this time has more confidence in itself, being able to pull more and extensive action scenes than narrative, while not sacrificing any bit of its quality or storytelling.To think in a time where we are saturated in MCU superhero movies, Incredibles 2 has managed a formula that sets itself apart and above comparison. What’s also notable is that it’s not completely reliant on gags that have been used in the first movie, making tasteful yet effective jokes from time to time only when necessary. It chooses to be a wholehearted superhero adventure, resulting in a thrilling and joyful two hours that makes it possibly the best wholesome superhero movie of 2018 so far.

What also makes Incredibles 2 is that even though they’re superheroes, they deal with a lot of relatable real life issues – from adolescence to self-confidence issues – which is what made the first Incredibles really likable in the first place. In classic Pixar fashion, they let us empathize and connect with the characters, even with the villains. And it’s with great well-rounded narratives like this makes a great movie.

All in all, even though I feel like they could’ve done more, the movie just did enough to satiate the long awaiting fans for a continuation from the iconic first. And you can’t deny that this is probably the best Fantastic Four movie we’ll ever get for now. A third movie feels more than welcome as the fans loved it and the creators felt that there was much more to tell (even going so far as to say that a lot was cut from Incredibles – enough to make full movies), but we won’t be seeing it anytime soon. That said, I’m not sure if I’m ready to wait another 14 years, but they already have gone and beyond to prove that they were worth it.

Plot/Screenplay
Music
Casting
Cinematography
Design
Reader Rating0 Votes
The Good
Probably one of the best superhero movies of 2018
The Bad
There won't be a sequel for a long, long time
4.8