Little Witch Academia the anime by itself was such a niche and seasonal fandom. It was big during it’s release and airing, sure, but despite it’s fantastical narrative, topnotch animations, and online reputation as a “loli-fied Harry Potter”, it wasn’t quite as blown up as most popular shonen anime. Which makes it kinda weird that Bandai Namco would produce a PlayStation 4 title for something of an underground favorite.

Little Witch Academia: Chamber of Time is balance between (magic) school life simulator and endless beat em’up dungeon crawler. The main character, Akko, goes around school and interacts with schoolmates and faculty, learns about the Seven Wonders of Luna Nova, then explores and fights it out with her party in the dungeons. This back and forth between magical combat in the dungeons, and talking to (and eavesdropping on) people at school gives it a kind of Persona vibe to it – adding depth to its playability and flavor for perusal.

And very much like Persona, the school life actually is as major a part of the game as the grinding and fighting. Talking and eavesdropping on people at school lets Akko learn more about the Seven Wonders, as well as her classmates, unlocking quests, new items, and dungeons. And it’s not just being in the right place at the right time to hear the exact information you need. There’s a lot of investment and sleuthing involved. There’s also a lot of time management as well as progression is non-linear. Some quests or events only unlock at night, and time doesn’t automatically move forward. You have to burn time doing other errands or dungeons. builds a sense of familiarity among the cast.

The battle gameplay itself is a lot familiar to those used to the classic beat em’up genre. While it is trying to maintain the cartoony vibe from the source anime, there is a lot of combo potential and skill depth involved, likening it to recent gems like Odinsphere and Dragon’s Crown. You can play 3 out 7 characters at a time, and you would want them to be as evenly leveled as possible so there will be a lot of grinding. Thankfully, that isn’t as repetititive and grueling as it sounds as there are a lot of different dungeons to explore and missions to accomplish.

The best part about Chamber of Time is the multiplayer aspect. You can play it locally with u to two players, or have those two spots filled u by online players. It brings a nostalgic feel on how old school games of the genre were played. And given how it’s paired with Little Witch Academia’s retro anime style, it’s bound to warm up some 90’s kids hearts while playing.

Though it is heavily based on the anime feel, giving probably one of the best 3d anime adaptations in a video game so far – as well as having the most seamless transitions from gameplay to cinematics without loss of quality, you are stuck with the same view all throughout your playthrough. The side scrolling view you have while in combat is the same thing you have while socializing. School is basically a dungeon map but with NPCs instead of monsters. All that glitz and glam can get old if nothing really changes onscreen. It’s like every aspect of the game was thoroughly planned for, but the dev team was too busy working on the dungeon aspect to bother giving the school part a life of its own. But other than that, the game itself is solid. If you can manage to gloss over the rawness and bluntness of some of its presentation, you’re bound to fall in love and spend hours and hours in whimsical magical adventures. 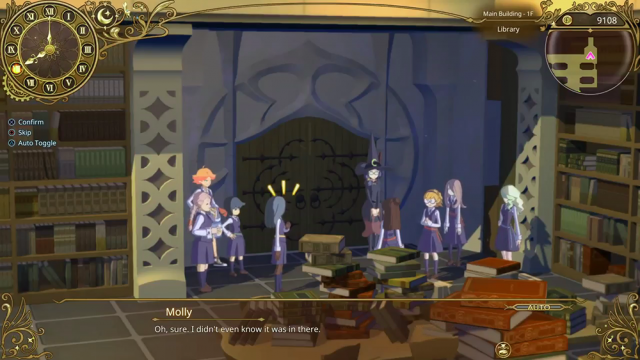 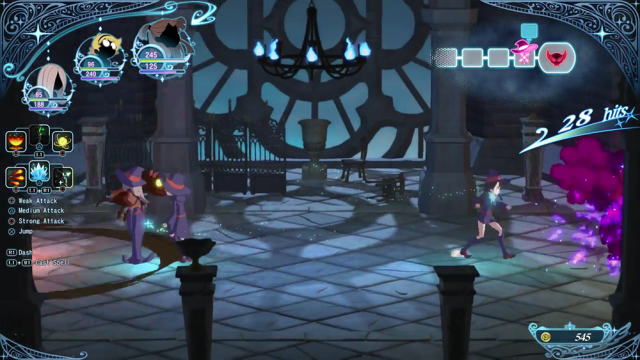 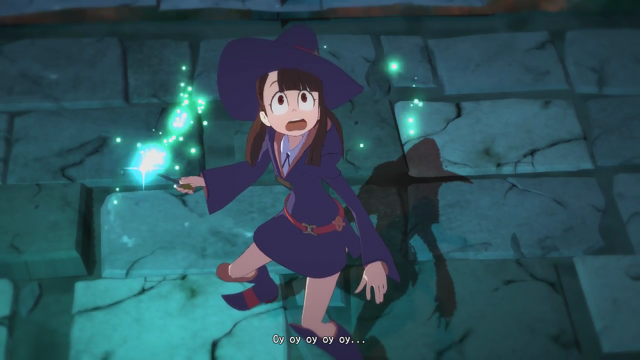 We’d like to thank Bandai Namco Entertainment Asia for the PlayStation 4 copy of the game.