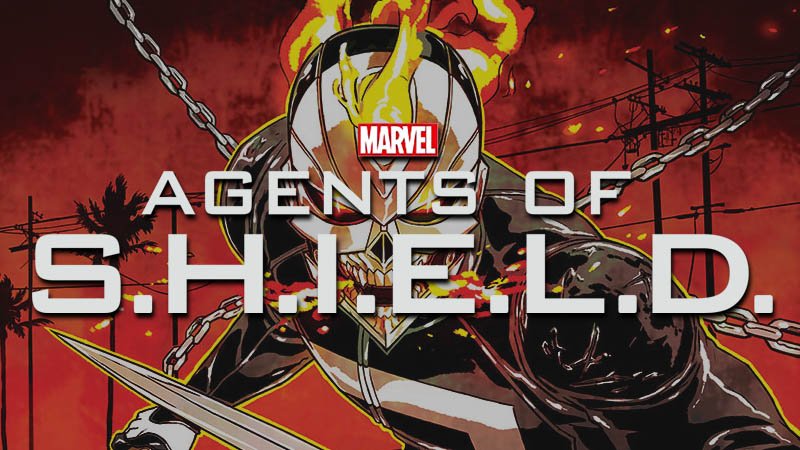 How does Ghost Rider fit into Agents of S.H.I.E.L.D.? That is the question on everyone’s mind with the teasers pointing to him being in the show. Well to answer that we must first know more about the Ghost Rider in question.

The Ghost Rider that will be encountered in the show is Robbie Reyes, and according to the comics he is a mechanic from LA, California. He and his brother, Gabe, lives in a neighborhood that is plagued with gangs and corruption which makes life there very difficult for them. With the goal to get out of their current living conditions he enters in a street race to earn $50,000 to move to a better place.

During the race he is chased down by who he thinks is the police. Worried of what would happen to his brother if he would be arrested, he tries to outrun and escape them. Eventually he gets into a dead end. He tries to talk to his pursuers only to be shot to death.

They take an unknown substance from his car, and in an attempt to get rid of the evidence they burn his body along with the car. At this point Robbie’s body is possessed by the Spirit of a satanic serial killer, turning him into a new Ghost Rider.

Now how does Robbie fit into this? Well chronologically the next MCU movie to come out is the Doctor Strange movie, and as we all know the AoS series and all other movies are within the same universe meaning magic, and spirits are all a part of this world.I’m not sure when Ghost Rider will be introduced but I assume that it will be around the release of the Doctor Strange movie.

Anyway back to the question, AoS has always had the theme of the familial bond of the core team, with Coulson and May acting as something like the mother and father figures. Just like how they are very protective of their family, so is Robbie of his brother Gabe, and this might be where they have their conflicts with each other.

At this point, the world is very much aware of Inhumans, and S.H.I.E.L.D. is looking for these Inhumans either to recruit or to capture. I can’t be sure but in the last season of AoS, Hellfire is captured, but maybe he is able to escape (I dont know how), and SHIELD hears news of a man on fire who wields a flaming chain whip. They assume this is Hellfire, and rush to the last sighting, only to find the Reyes’ home. Fearing that he will be taken away from his brother, Robbie transforms into Ghost Rider to fend off the agents.

What did you think of my theory of how Ghost Rider fits into the story? Leave a comment below on how you think the story would go.