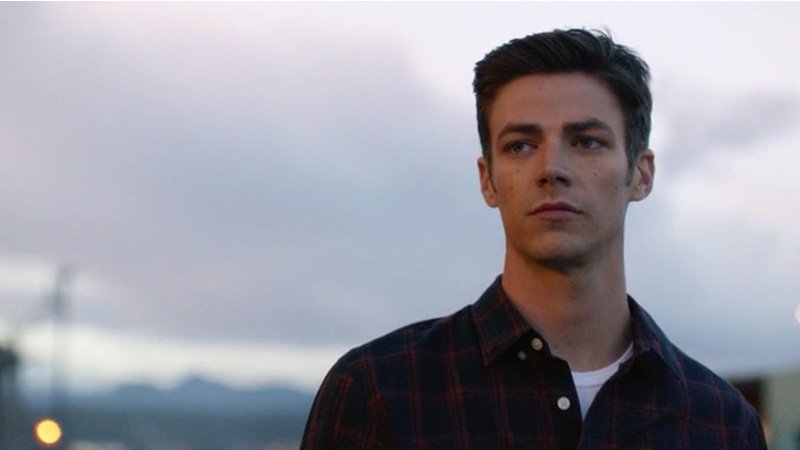 Season 3 of the Flash drops us into a new timeline and universe. In the previous season, Barry makes a decision in the aftermath of his dad’s death to attempt to get his family back. This sequence is a familiar thing for those familiar with the comic, which leads to Flashpoint.

We begin the season with Barry’s new life – trying to get some courage to talk to Iris. In this timeline, since his parents are still happily around, he never got to meet the Wests and live with them. Barry is still his gloriously dorky self though, and we get to enjoy the highlights of this timeline. He has his family, he gets to meet Iris, there’s a (Kid) Flash who still protects the city, the Reverse Flash is safely behind a Speed-proof cell, and all seems fine and dandy in Barry’s new world.

Of course, we begin to see the cracks in this new reality quickly enough.

Barry’s reaction to the negatives in the timeline are predictable. He tries to ignore the Reverse Flash (which is not unreasonable, the guy is a killer after all) and eventually uses his powers to attempt to fix things, such as taking Joe West to the office. It takes a few mind-bending flashbacks before Barry finally takes his foe seriously. But as often happens when he tries to force things, people suffer along the way, as we discover towards the end. The Rival (the Kid Flash’s opponent) manages to give Wally West (Kid Flash) a serious injury which he is unable to heal from when he and Barry attempt to deal with him.

However, there are some things in the new timeline which are fun. Cisco Ramon taking the place of Harrison Wells and S.T.A.R. Labs is a laugh. Meanwhile, Caitlyn Snow being a simple Pediatric Ophthalmologist, is rather adorable. Cisco being the smooth CEO is also a fun thing, although we see little of the genius he is supposed to have still kept. I suppose that must’ve been tossed into his Latino Mojo kit somewhere. While Caitlyn’s confused “Kidnapped?” lines are also amusing.

Overall, I find the reasons for Barry returning to the old timeline to be a little bit lacking in gravitas. The injury suffered by Wally is serious, but doesn’t seem to be particularly life threatening. Joe’s status from a top performing detective to a drunkard is lamentable – but something I think which the West family could work on. Still, Barry being the heroic and self-sacrificing guy he is, I suppose it makes some sense for him to just bite the bullet and take on the troubles present in his previous timeline onto himself.

Unfortunately for Barry, everything he’s done has consequences. Even with the reset back to the ‘original’ timeline, it appears his messing around has had permanent repercussions.

It’ll be interesting to see what other changes his trips to the past have produced. Barry, Barry, when will you learn to stop meddling with time? Let’s see how he does in the next episode of the Flash!