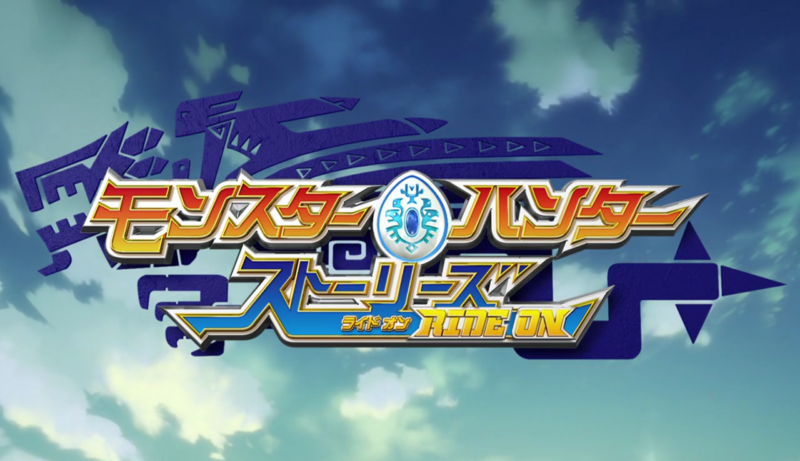 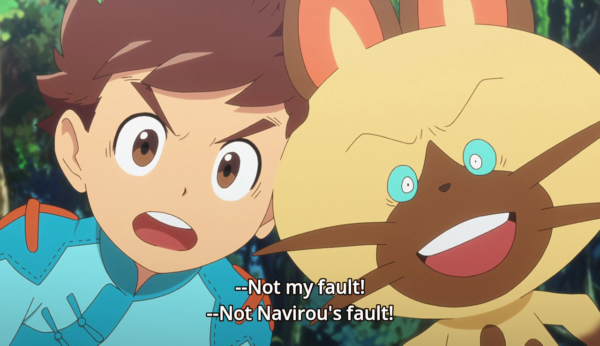 The first episode of the series introduces us to character Lute and his really weirdly designed Felyne companion, Navirou. Prior to the series, the two already has been known to get into trouble because of their egg hunting escapades. This time around, we see two of Lute and Navirou’s friends, Lilia and Cheval getting them out of the Gypceros problem they stumbled themselves into.

Ride On starts off typical to the coming off age stories animes would often begin with. With Lute, Lilia and Cheval already at the proper age. We’re informed already on-screen that they will now be entering Hakumu Village’s “Kinship Rite” where they would need to form their bonds of kinship with the Monster egg they’ll be getting. At this point we are given a look on what the Village looks like: 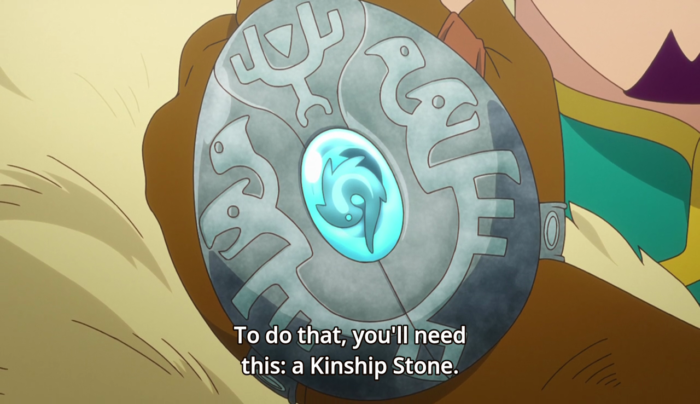 And that they will be given their own eggs to hatch by Kinship stone during the rite. We’re shown that the village puts a lot of importance to being a rider for the village. In a setting where these same monsters are being hunted by other villages, it’s interesting to see that there’s a different village who’s taking a different philosophy to the whole monster thing. 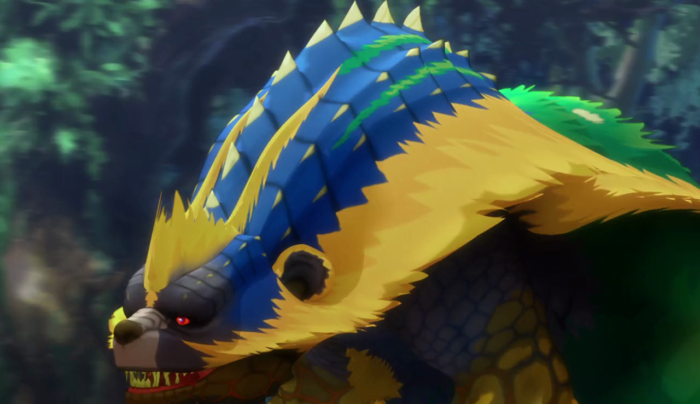 We then find our heroes stumbling into a clearing and finally catching the Monster egg that Lute had been looking for. They try and hatch the egg outside of the usual village protocol (which practically means they need a kinship stone to hatch one) to great success. Lute get’s his own monster, a baby Rathalos (or Liolaeus in Japanese) which really looks cute btw. 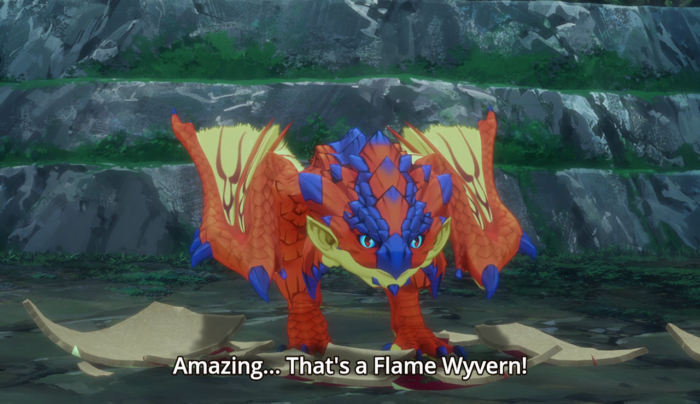 The episode ends with Lute and the gang getting their hands slapped for causing the grown ups to worry but because of the “miracle” of hatching the Liolaeus without the kinship stone gets them a light punishment.

Things started off real slow for this one as it’s kind of expected for the first episode of the series. We got a look into how are things done within Hakumu Village and we get to see a lot of Monster Hunter staples that had me giddy to see them on-screen.

One best example is that mixing and combining ingredients is still relevant to this village. In fact we are given shown on-screen one of the staple combinations for a hunter, the Energy Drink (75% success rate with Nitroshroom and Honey). 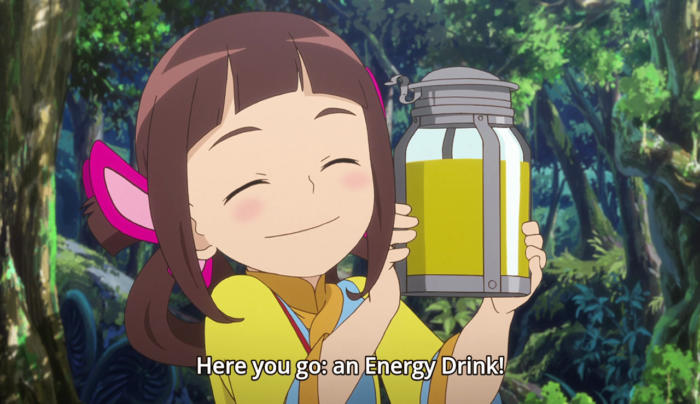 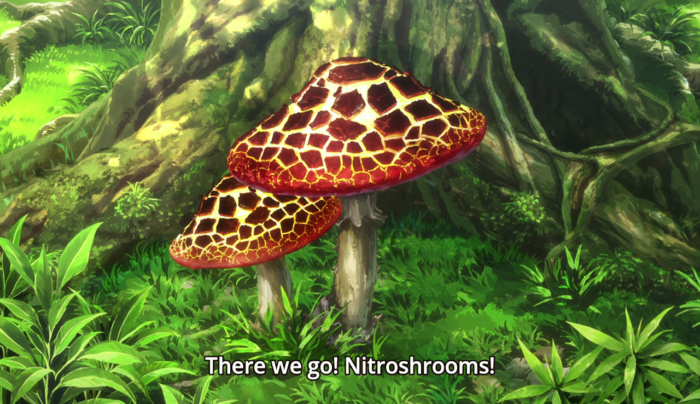 Heck, we are also shown a felyne statue: 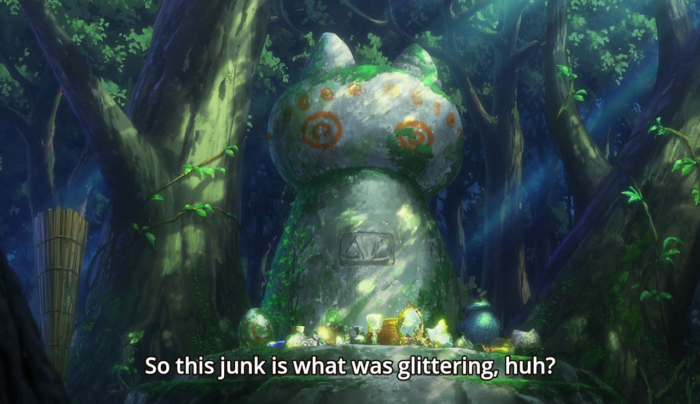 I’m curious as to how the series would tie itself up within the whole Monster Hunter world. Since, well, they aren’t basically hunting these monsters, instead, we get to see them build kinship. So hopefully on the next episode we are given a bit more on that end with a Tigrex attacking the village based on the next episode preview.

So far the first episode has me interested with the anime. And with the first episode foreshadowing a lot of things like the disturbance in the woods, with the riders seeing black grass in the forest. We may get to see Lute and his friends in action sooner than expected. I’d like to see them handle the same monsters we have via the various Monster Hunter titles with the use of their monsters.