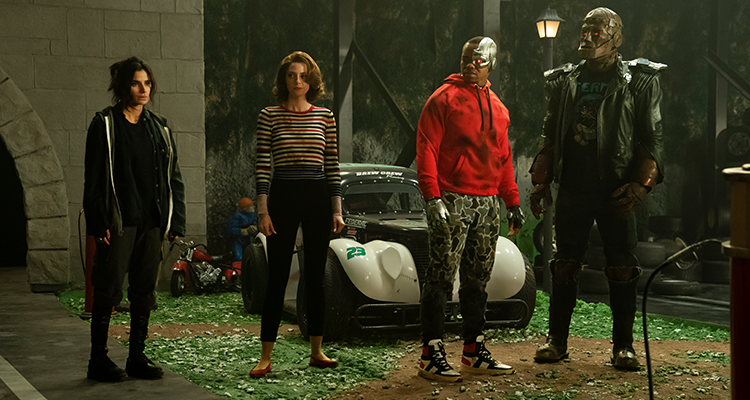 What Doesn’t Kill You Makes You Stranger

HBO GO has announced that two seasons of the DC series, Doom Patrol is headed to HBO GO this coming June 27. New episodes for season 2 will be released weekly every friday.

In Doom Patrol‘s Season 1, the story follows the mysterious disappearance of The Chief, these reluctant heroes find themselves in a place they never expected to be and are called to action by Vic Stone aka Cyborg, who proposes a mission that is hard to refuse. Season 1 also stars Alan Tudyk (Powerless, Rogue One: A Star Wars Story) as Mr. Nobody.

Meanwhile, in this coming season, the story follows our heroes after the defeat of Mr. Nobody, the Doom Patrol now find themselves mini-sized and stranded on Cliff’s toy race car track. Here they begin to deal with their feelings of betrayal with Niles Caulder aka The Chief, while confronting their own personal baggage. As each member faces the challenge of growing beyond their own past traumatic experiences, they must come together to embrace and protect the newest member of the family, Dorothy Spinner (recurring guest star Abigail Shapiro), Caulder’s daughter, whose powers remain a mysterious but real threat to bringing on the end of the world.

Doom Patrol is Part support group, part Super Hero team, the Doom Patrol is a band of superpowered freaks who fight for a world that wants nothing to do with them. They come together to investigate the weirdest phenomena in existence under the leadership of modern-day mad scientist Niles Caulder aka The Chief (played by Timothy Dalton – The Living Daylights, Licence to Kill).