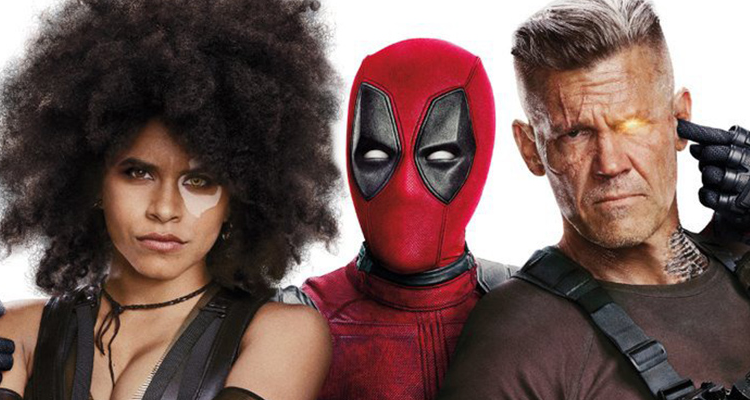 Is it even possible to give a decent review to a movie about a character who is so self-aware that he’s probably reading this very article right now?

Deadpool 2, much like its first film, isn’t exactly your orthodox superhero film. It’s relentless and irreverent in breaking the fourth wall as much as possible while maintaining a considerable amount of unheroic bloody violence to balance things out. So it can be quite worrying if the party tricks it brought the first time around could manage to ride its audiences through for a sequel. I mean, if it can only respect the seriousness of its plot lines only half the time, how much more can we expect to truly enjoy a movie that fills it screen time with jokes and pop culture references? Spoiler alert: immensely, apparently.

Castwise, it’s an amazing ensemble of actors – from the main team even down to the joke characters and cameos. Standouts (and coincidentally, people I didn’t expect to like so much) are Zazie Beats‘ Domino and Josh Brolin‘s Cable. Kudos to them for being able to keep up with Deadpool without being overshadowed. But of course, the movie is completely a Ryan Reynolds show. Much like RDJ‘s Ironman or Hugh Jackman‘s Wolverine, it’s already very difficult to separate the character from the actor.

Without giving much away, the plot revolves around Deadpool‘s depression, and how he tries to elude it with snark and gunfire. The unassuming turnout is that it becomes the unexpected story of the ultimate loner seeking belongingness and camaraderie amongst the people who has been there for him every step of the way. Not exactly the type of morals you’d expect to pick up from the Merc with the Mouth. But despite the numerous, almost overwhelming amounts of jokes, the script manages to juggle emotional diversions with blunt openness in a way that makes talking about dealing with real life issues of loss and family more fun and easily digestible. Like a chewable vitamin.

Sequels can be a tough game to get right, especially if the first one is a surprise hit. More so, if it’s an underground superhero movie that heavily relies on references and gags. Every novelty trick that worked naturally the first time around is at risk of feeling forced and overly thought-out in a follow-up, since for sure the developers would hope to capture the magic of the original a second time. And fortunately enough, Deadpool 2 manages to come out of that storm and rise victorious – no matter how inelegant and ungraceful its journey may be. Despite a lot of obvious cinematic sins, Deadpool 2 gets a lot of free passes due to the nature of the titular character, and I’m not sure if that’s really a bad thing.

In the end, I must say that Deadpool 2 is a must watch. I can’t really say if I can recommend it to non- fans as it deals heavily in references and knowing the jokes constitute most of the fun you get from the movie. It’s possibly one of the rare times a sequel is actually just as good, or maybe even better than the original, while still standing on its own. Deadpool 2 is entirely a separate unapologetic entity from its first movie. It’s a funny filthy mess that deconstructs everything you thought you know and love about Marvel movies. And whether the future decides to bring us a Deadpool 3 or X-Force movie, I can only expect that this franchise is off to a good run.