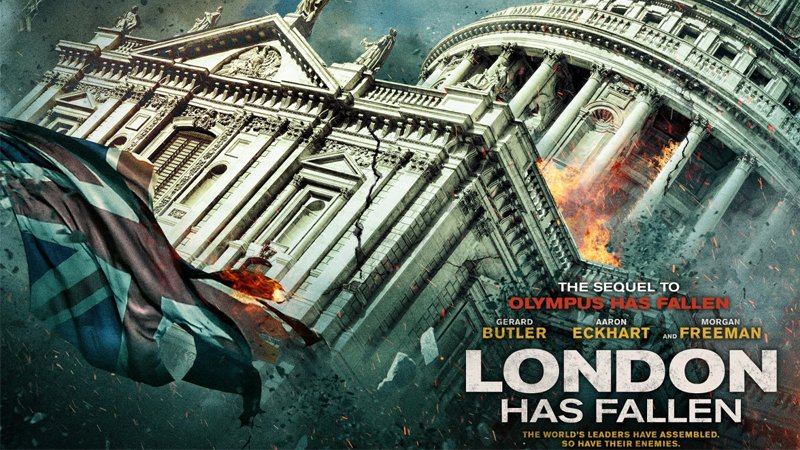 London has fallen is one of the rare sequels that has wonderfully built on what the predecessor has established without the requirement of prior knowledge of the first film. While still unoriginal and maintains to the traditional action film like it’s predecessor, new comers can and will still enjoy the brain busting action that you would expect in an action movie while viewers familiar to the first film will be able to enjoy a “meatier” version of Olympus has Fallen.

The first thing that London has fallen was able to work in was the relationship between Aaron Eckhart‘s character, US President Benjamin Asher and Gerard Butler‘s character, Secret Service agent, Mike Banning. Unlike in Olympus has Fallen where the ties between the two are just merely hinted and/or told to our face. London has Fallen used their relationship to great effect. At times you’ll feel like the movie is one of those buddy cop films where you have the f-bomb dropping hard nosed bad ass who is partnered with the more “delicate” guy. London has Fallen was able to finally establish on screen the supposed closeness between Asher and Banning as the story unfolds. You can see on screen how Banning’s sarcasm to bounces off Asher and how the latter is able to keep former in check. The two in fact has been able to keep the momentum on the more tiresome sequences in the film.

The support cast is as stellar as ever as you’ll get to see Morgan Freeman, Angela Bassett and Radha Mitchell reprise their roles as now vice president Allan Trumbull, still Director of the Secret Service Lynn Jacobs and still married but now pregnant wife Leah. You’ll also get to see some familiar faces as Melissa Leo, Jackie Earle Haley, Robert Forster and Sean O’Bryan reprise their respective roles from Olympus has Fallen. You can still see and feel on screen the tension of some of the characters who seemingly have yet recover fully from their previous harrowing experience. This is shown on screen as some of the support cast will be given a bit more screen time than the others, which could puzzle new comers as to why so and so has more screen time than the others. 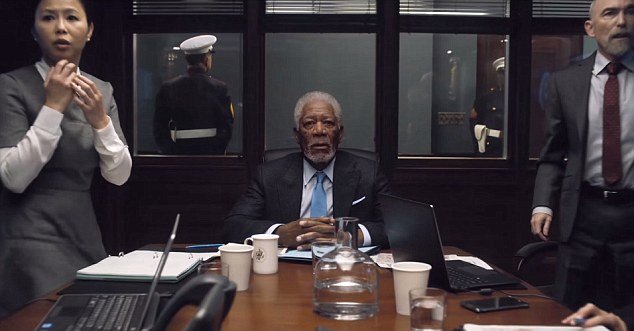 The first thing that I didnt like was Mike Banning was suddenly throwing F-bombs around like a drunken sailor. Maybe it’s an indirect way of showing to the audience that Banning’s starting to get worn out with yet another Presidential assassination attempt. Sure Mike Banning isn’t someone who has kept his language clean even in Olympus has Fallen, but at least he didnt throw the word f*ck whenever he says something. Well I am a bit exagarating here, but he has thrown the f-bomb way too many times in London has Fallen. 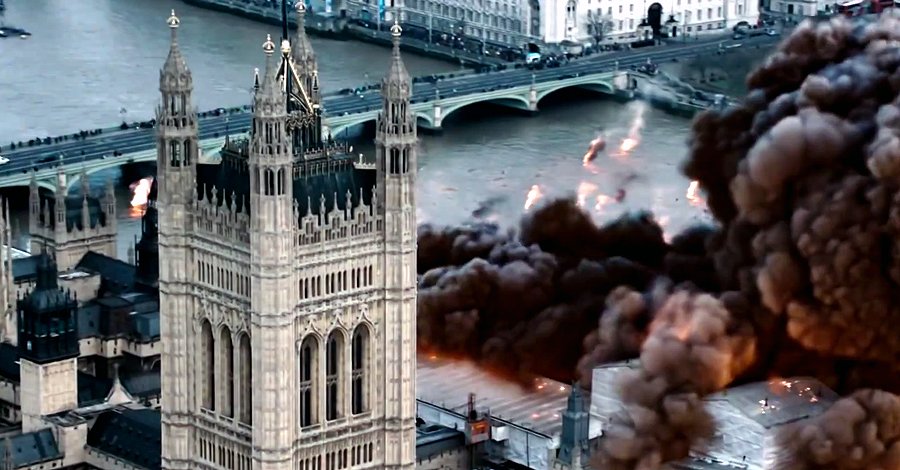 Overall, London has Fallen is still a good action film. And I daresay one of those rare unicorns in Hollywood that is better than it’s predecessor. It’s one of those action films that you can bring home and if you decide to have an action film night could include to the playlist, just a few movies away from the first Die Hard movie.

You can now catch London Has Fallen at Uptown Cinema which offers 24 hours operation hours for the cinema during the weekends. So head on over to Uptown Mall located at 9th Ave. corner 36th St. Uptown Bonifacio, Taguig.

For more information, please call the Uptown Cinemas hotline at 869-9029. For other inquiries on Uptown Mall please contact the Megaworld Lifestyle Malls Concierge at 709-9888, 709-0888, 0917-8380111 or visitwww.megaworldlifestylemalls.com.