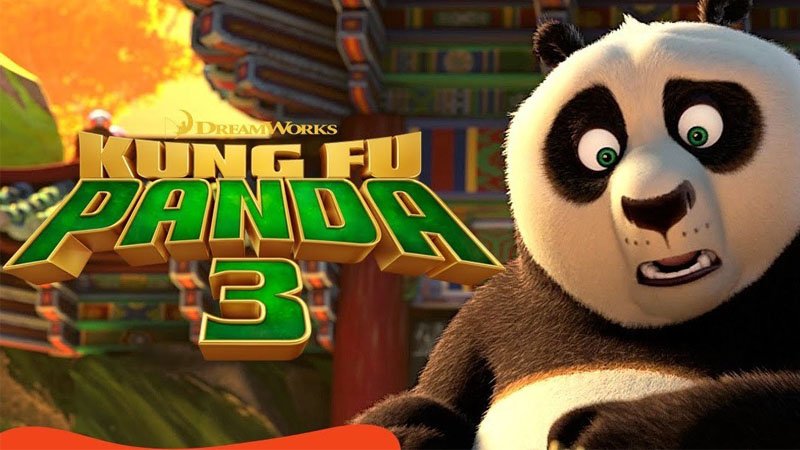 The third installment in the Kung Fu Panda franchise thankfully retains the charming and funny world of Po, Shifu and the furious 5 while sticking true to it’s roots. The mix of putting in an almost one-sided values lesson with the quirky and derpy antics of Po et. al. is still present if not a bit more heavy handed in 3.

Everything comes full circle in Kung Fu Panda 3. You feel that the glaring loose ends that started from the first film and hinted in the second is neatly tied with the third. While on a story telling perspective this is nice to see, on the action side of things this makes KFP 3 the weakest in terms of actual kung fu action.

So if you have a child that really just loves Po, his movies and even his TV reincarnation, Kung Fu Panda 3 is a must watch film. But if you’re just getting into the franchise, or if you’d itching for some real great animated kung fu action, it’s best to catch the first two Kung Fu Pandas.

What worked in the movie (spoiler territory):

Yes, the chillest Kung-Fu master in existence is back in Kung Fu Panda 3. Throwing his confusing but amusing riddles to befuddle the almost simple minded (you’ll know why I said almost now after watching the movie) Po. 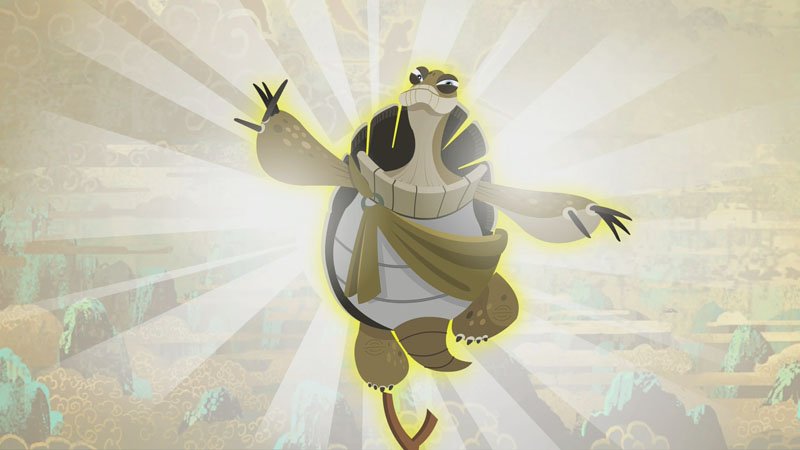 You get to see a bit of his background in the film and since he’s connected with the new antagonist, you’d still see him as the bad-ass as he is.

And oh you also get to see him fight in a full sequence.

Po’s story prior to him getting adopted by Mr. Ping gets a bit of exposure in Kung Fu Panda 3. 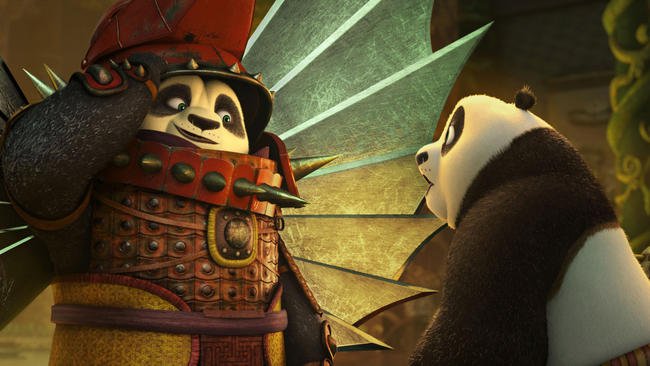 You get to see where Po gets his derpy side. His journey to self discovery and figuring out who he is is cute and amusing albeit a bit too compressed. His interaction with his dad is fun to watch and you actually get to relive who he was from the first film (a bit).

You can also see his growth as a character while maintaining his child-like wonder. While at times it seems that he has regressed, there are subtle hints that he has grown to become a fine young man who has his heart on his sleeve (or fur).

Here’s the other thing that kinda made me feel eeh with the movie:

One of the things that I found really ridiculous in Kung Fu Panda 3 is that the plot devices seemed to have gone full Dragonball on us.

While it’s understandable that you’d expect things like this with movies related to chi and life force or whatever version of this life energy you have, you can’t ignore that Po is one step away from actually throwing a Genki Dama at Kai.

Here’s the other thing that didn’t work in the movie: 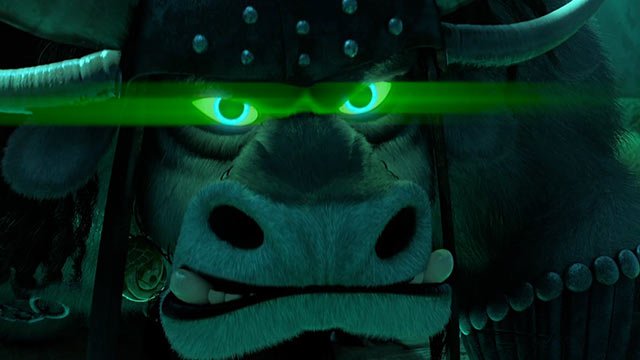 It’s sad that the strongest opponent Po had to face is also the weakest antagonist they have in the franchise. Kai was totally underdeveloped with a throw away back story. It seems that he was just used as comic relief and moving along the story.

Even while his powers are scary almost Orochimaru like levels, you don’t feel his presence nor his menace. But I guess that this seems to be align with who he is, since he’s been clearly forgotten. His potential is really lost in the movie.

So that’s that. You can still catch Kung Fu Panda 3 at your nearest cinema!