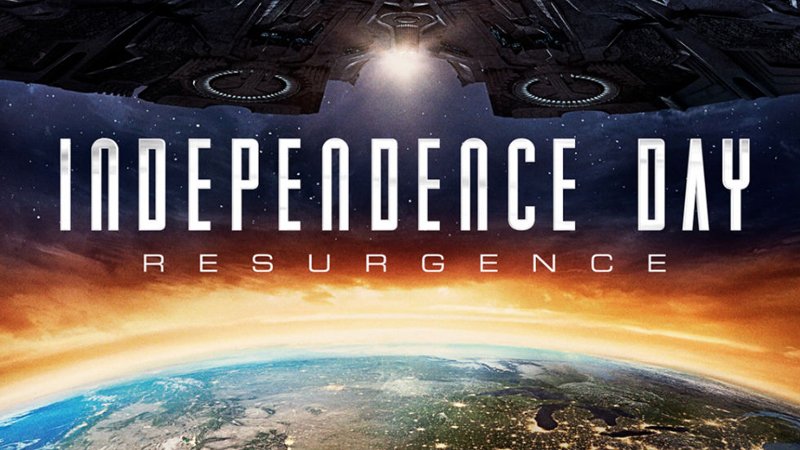 Independence Day: Resurgence is a movie that doesn’t step off from the formula the first movie has successfully created. You get to see in the big screen almost the same thing that happened in the first movie, but with a little addition here and there plus better CGI. While normally, movies like this are terrible, Resurgence was able to work it to it’s advantage since the first movie and it’s trailers doesn’t set your expectations high enough for you to really take this movie seriously.

Resurgence is a film that requires you to check your brain out at the door. With tons of plot loopholes, incredulous deus ex machina moments and of course those Jeff Goldblum saves the day moments. IDR is a movie that just builds on the camp ID4 started. Thankfully Resurgence also retains the fun factor to make it an enjoyable trip back to the world where “advanced” aliens are stupid enough to fall to human tricks.

The movie fills in the void of light apocalyptic movies. Where everything alien, sci-fi or at least world ending becoming too gritty or nauseatingly dark. Resurgence reminds us that even in the darkest times of humanity, one doesn’t have to fall into those dark themes to make it an enjoyable movie to watch.

One of the main reasons why I watched Resurgence is to see the old ID4 cast on-screen again. It was fun seeing  Jeff Goldblum (David Levinson) , Bill Pullman (Former President Whitmore), Vivica Fox (Jasmine Hiller, aka Will Smith’s former stripper wife), Judd Hirsch (Julius Levinson) and even Brent Spiner (Dr. Brakish Okun) go back to their iconic Independence Day characters and see how far they have gone 20 years after the first movie.

If there’s one thing I really enjoyed seeing on-screen in the old cast again is Jeff Goldblum’s David Levinson. I liked that the character retained a lot of quirky mannerisms that he was known for in the first film. Yet, you can see that he has grown into a grizzled if not tired, older version of himself 20 years ago. I love that David has become a bit smooth talker especially with the ladies yet he retained the nerd-level focus and honesty that we expect from the guy who gave the cold to the aliens.

If there’s one thing that I enjoyed watching in this Independence day movie. It’s how the CGI drastically improved compared to what the first movie had. The movie really had to escalate the damage considering how big the first attack already did in the world. And I must say I am happy with what I saw.

I love that this movie established everything that ID4 wasn’t able to 20 years ago. The narrative showed enough in terms of how the world improved without drowning us with the boring “science” stuff that movies tend to do a lot these days.

I also liked how the movie subtly shows us the after effects of the first film. You get to hear people’s stories during the first invasion and how they are trying to build their lives up after that.

We would also be exposed to more information on alien physiology and know more about how they work so that’s a plus.

Resurgence camp level makes sure that you won’t have to take the movie seriously. It retains a lot of the tired cliches one would expect in a film from the 90s and it works wonderfully with the movie. It retains the light-hearted feel of the first film while provides you with enough emotional anchors that at least it tends to make you feel what’s happening on-screen.

They were able to make alien hunting fun with the stoic and focused Dikembe while we have the rattled and neurotic Floyd trying to get into terms that he can’t just be the accountant anymore. The two felt like they deserve a buddy cop movie but instead of chasing criminals, they should chase runaway aliens.

If there’s one thing that the first Independence movie was known for. It was President Whitmore’s rousing speech as they were preparing for the final attack. This movie didn’t have that. Yes, Bill Pullman was able to bring another rousing speech but he had a diminished role in Resurgence.

William Fichtner is a really good actor. But in this case I was looking for something more in his General Adams especially when he was rallying the troops. He wasn’t able to pull a good one in this case (sorry I had to do it)

With the focus of the movie concentrated on the characters who came back from the first film and how they are trying to build their legacies for the future generations. The movie had tons of throwaway characters that would’ve been tremendous in the overall narrative.

The biggest missed opportunity here would be Sela Ward‘s President Lanford, the successor to President Whitmore. I would’ve loved to see how she could’ve been instrumental to what the Earth had now in Resurgence, but she gets written off quite abruptly.

Lack of character of the fresh faces

One of the biggest appeal Independence Day had was the characters themselves. We can ignore the sheer ridiculousness of the plot because Goldblum and the cast were able to bring into the table characters that you would just love.

The central characters in this movie like Liam Hemsworth‘s Jake Morrison and even Jessie Usher‘s Dylan Hiller lacked the impact I would expect from these characters. I would perhaps feel that if they weren’t key to the story’s narrative, they can also be throwaway characters themselves.

Angelababy added to the cast seems like Emmerich decided to add more variety on the characters on screen. She is hardly felt even in their fights. Maika Monroe was the only one in the cast who was able to bring a bit more character to Patricia Whitmore. She was able to bring at least a bit more acting chops and almost stole the scene every time she was there. I just wanted a bit more screen time for her but I wasn’t given that chance.

The other thing the movie lacked was the amount of iconic scenes that the first movie had. Don’t expect to see anything iconic in the movie save for this one scene (which was already seen in the trailer). 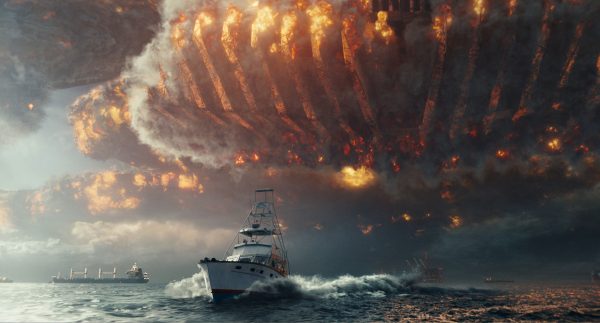 The movie felt tiring especially in the culminating final battle. Unlike in the first film that everything seemed to happen based on the logic the movie has established. Resurgence tries to extend the battle by adding tons of “wow really that happened?” scenes. They felt forced and unnecessary and that made me feel a bit annoyed.

Overall, Independence Day: Resurgence is a film that pays decent homage to the first Independence Day movie. It’s campy and fun film. It’s a legacy film through and through, which I hope would continue at least to a third film. However, Resurgence failed to provide tons of memorable scenes unlike ID4 which for me made me at least want for more. But that’s what happens when you are doing a sequel.

Resurgence is a movie that is easily enjoyed by friends and family who want to just see the world burn on screen.