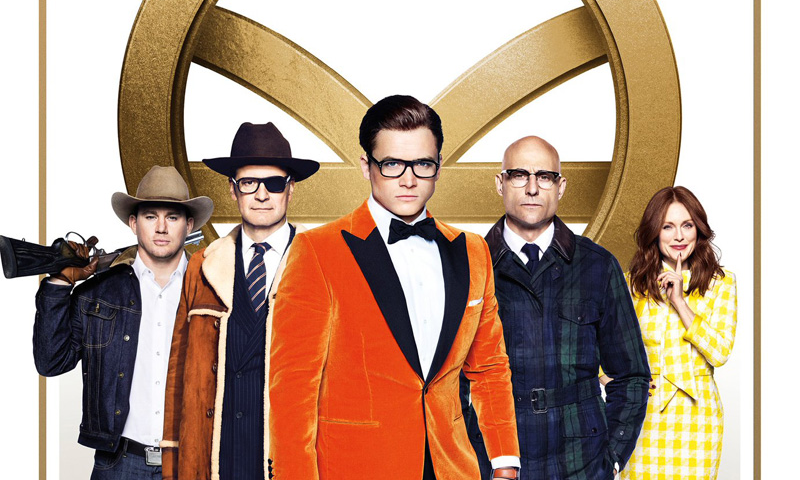 Kingsman: The Golden Circle is the follow-up movie to Kingsman: The Secret Service. It stylishly continues the story of Gary “Eggsy” Unwin (played by Taron Egerton), a chav-turned-secret agent and his stint with the Kingsman, a secret operative organization based in Great Britain, posed as a tailoring business.

In this new installment, the Statesman, an American version of the Kingsman, is introduced. Based in Kentucky and disguised as a distillery, they are a group that matches, even surpasses, the Kingsman in terms of logistics and technology. Not to mention that they have seemingly fun names for their agents. (Whiskey and Tequila, anyone?) The movie also features a brand-new villain, Poppy Adams (Julianne Moore). She, with the help of Eggsy’s rival and former Kingsman hopeful Charlie (Edward Holcroft), devises a plan to legalize drugs and boost her influence worldwide.

Overall, the movie lives up to the example of its predecessor with over-the-top stunts, stunning visuals, and parodic humor. The movie also showcases one of Britain’s strengths in the film industry, which is the narrative of espionage in movies. Spy movie clichés such as side missions requiring romance, dramatic motives that drive its players, and scientifically-questionable technology are present. However, they take on a modern and vibrant spin as they aim to cater to the younger and more hip audiences.

As always, the stellar acting of Colin Firth and Mark Strong (as Galahad/Harry Hart and Merlin, respectively) serves as a signature for the series. What is different in this sequel, however, is that they are able to utilize American culture and insert it in every way they can, from the Statesman agents’ Western uniforms to the 50’s diner feel of Poppy’s lair, and even to the soundtrack, with some of the tunes lifting directly from John Denver’s works. (You will know why if you watch it!)

This Kingsman sequel lives up to its hype, with much room to improve on.

We’d like to thank AOC for their special screening of the Movie.