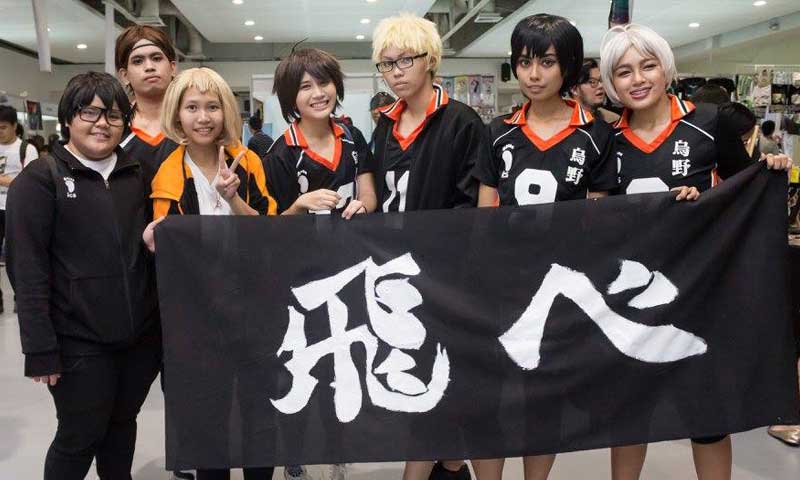 The Otaku Expo Reload 2017 at the Mega Trade, SM Megamall was held for two days, from August 12 to August 13. The whole event was, at most, average in size. Not that small, as it occupied two halls, yet at the same time not that big, unlike the regular conventions held in the south. Though the usual anime merchandise flooded the whole venue, what made this event special was the shows featured at the stage.

Other than the usual cosplay competition, which by the way showed off a lot of amazing costumes with my personal favorite being the Ryoma from Fire Emblem (Fates) cosplayer, the event had a karaoke singing competition, battle of the bands and eating contests. Yes. I’ll say it again, EATING contests. There were two eating competitions which were a pizza eating competition, which was held during the first day, and a burger competition held during the last day. The burger eating contest was sponsored by Zark’s Burgers, famous for their Jawbreaker Burger challenge and the Tombstone Burger challenge. For the contest, they used the Jawbreaker for the contestants to eat for less than 4 minutes.

The main highlight of the whole convention was Toku Spirits event which features “Tokusatsu” (Japanese live-action television drama/film) actors from the famous Super Sentai series, or “Power Rangers” as the West would call them. The guests were Inaba Kazunori who played Red Mask from Maskman, Kenta Sato who played Red Turbo of Gekisou Sentai Carranger, Ei Hamura as Tenma Ranger from Dairanger, Kei Shindachiya as Five Blue from Fiveman, Michiko Makino as the cute Pink Five from Bioman and my personal favorite, Toshiride Wakamatsu as Black Condor from Jetman. The actors held an autograph session, serenaded the crowd with their show’s popular theme songs that most of us who grew up watching them loved dearly. I, myself, was a huge fan of Jetman back then and I was a bit disappointed that Pink Swan wasn’t there, since I ship her with Black Condor. But, nonetheless, it was a great event. Winners of the raffle received autographs from the Toku Spirits, others even received their personal script that they used while rehearsing and even signed with the actors signature.

Though there was the bigger HistoryCon 2017 being held at the same day in the south, the Otaku Expo Reload 2017 was great and was still packed, thanks to all the supporting fans.

For our photos during the event, you can check out our Otaku Expo Reload 2017 album here.