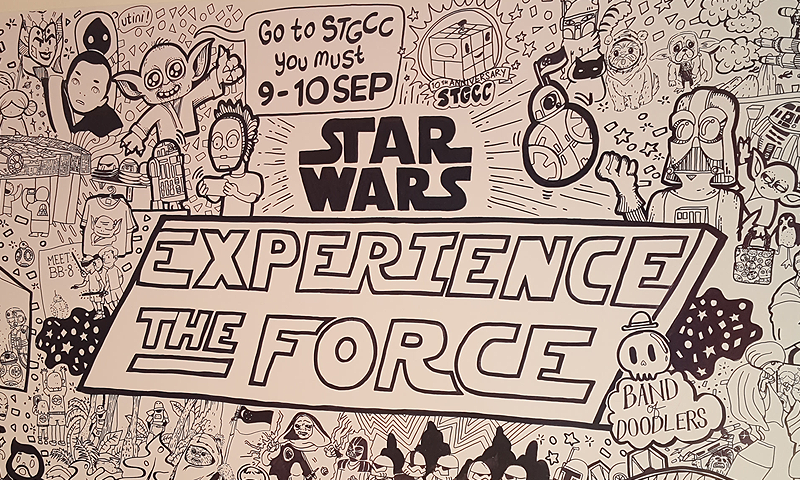 A Look at Experience the Force: Orchard Road

As a Star Wars fan, I was happy to find out that there would be various installations at the ION Orchard Mall in Singapore during my visit to the city. In the Philippines, I hadn’t seen all too many set-ups which were very compelling. Most of the time I would see on-site product displays, cosplayers, and perhaps an activity or two. 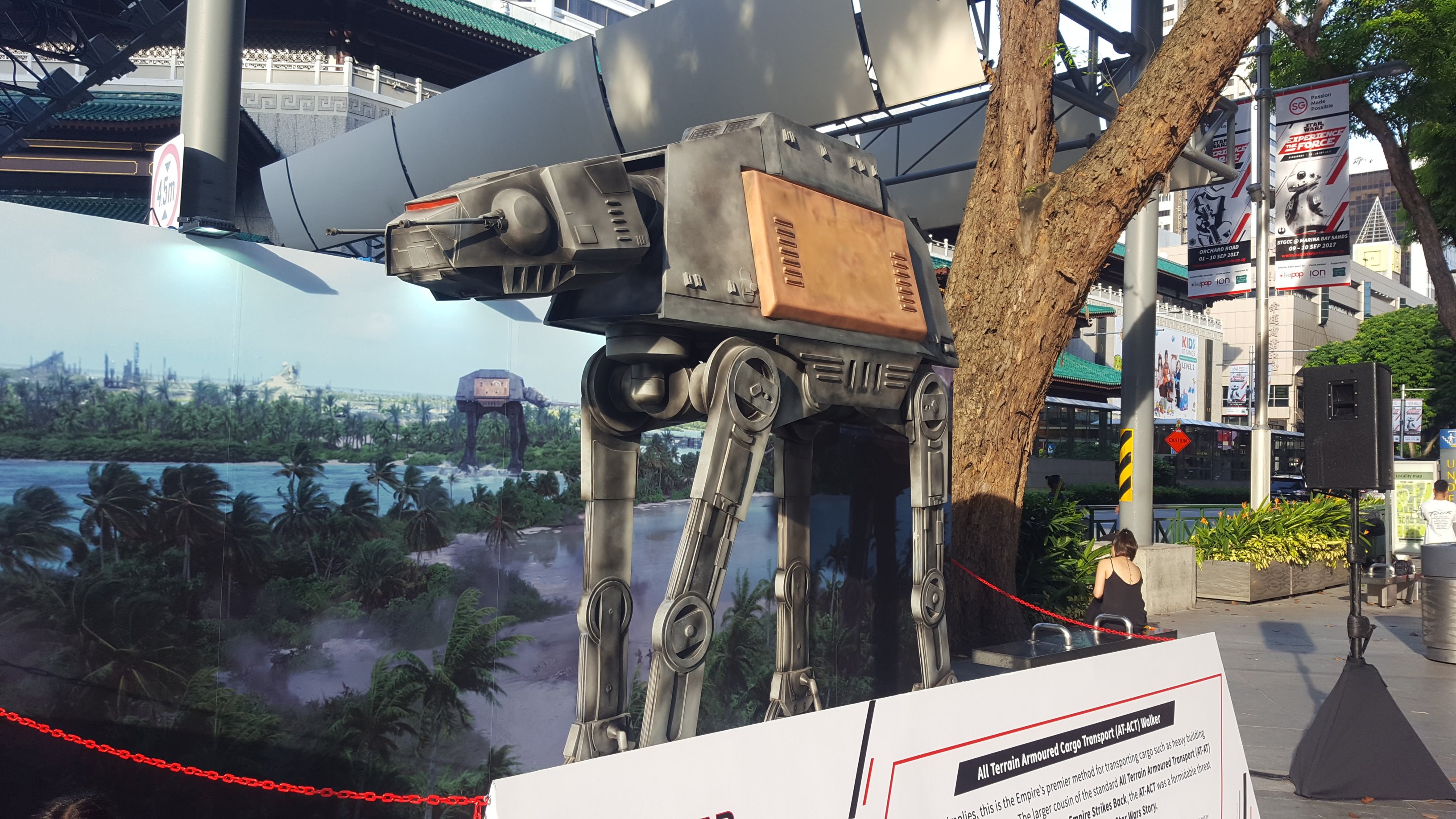 My visit to ION Orchard did have a similar model. There were a few apparel and toy product display spots by Disney as well as a few other brands with their own unique designs that I liked a lot. There was also an art product display with posters and collectibles. Sadly, none of the displays allowed for the sales tax refund for tourists and they had didn’t have my size for the shirt designs I really liked. But I was able to get a nice-looking Resistance (Rebel Alliance) mug.

The other activities were fairly interest too though, such as a large-scale AT-ACT and Millenium Falcon model display, scheduled cosplayers to pose and have pictures with, and a funky art wall. The most interesting part though probably were the two digital experience sets – a digital interaction booth and a 3D/virtual play area with BB-8 – as well as the lightsaber Padawan training area for kids. In particular, I was a bit saddened that it was limited to Padawans (children).

Overall, I would say the set-up wasn’t exactly earthshakingly different than what can be found in the Philippines. But it did have some activities that we didn’t have in the PH, or at least that I hadn’t experienced previously, and an array of products and designs that I felt were more appealing than that I’d seen locally. Experience the Force @ ION Orchard had a flavor that was a bit different, good, but within the range of what I believe might be put together by local organizers if they pushed a bit more. 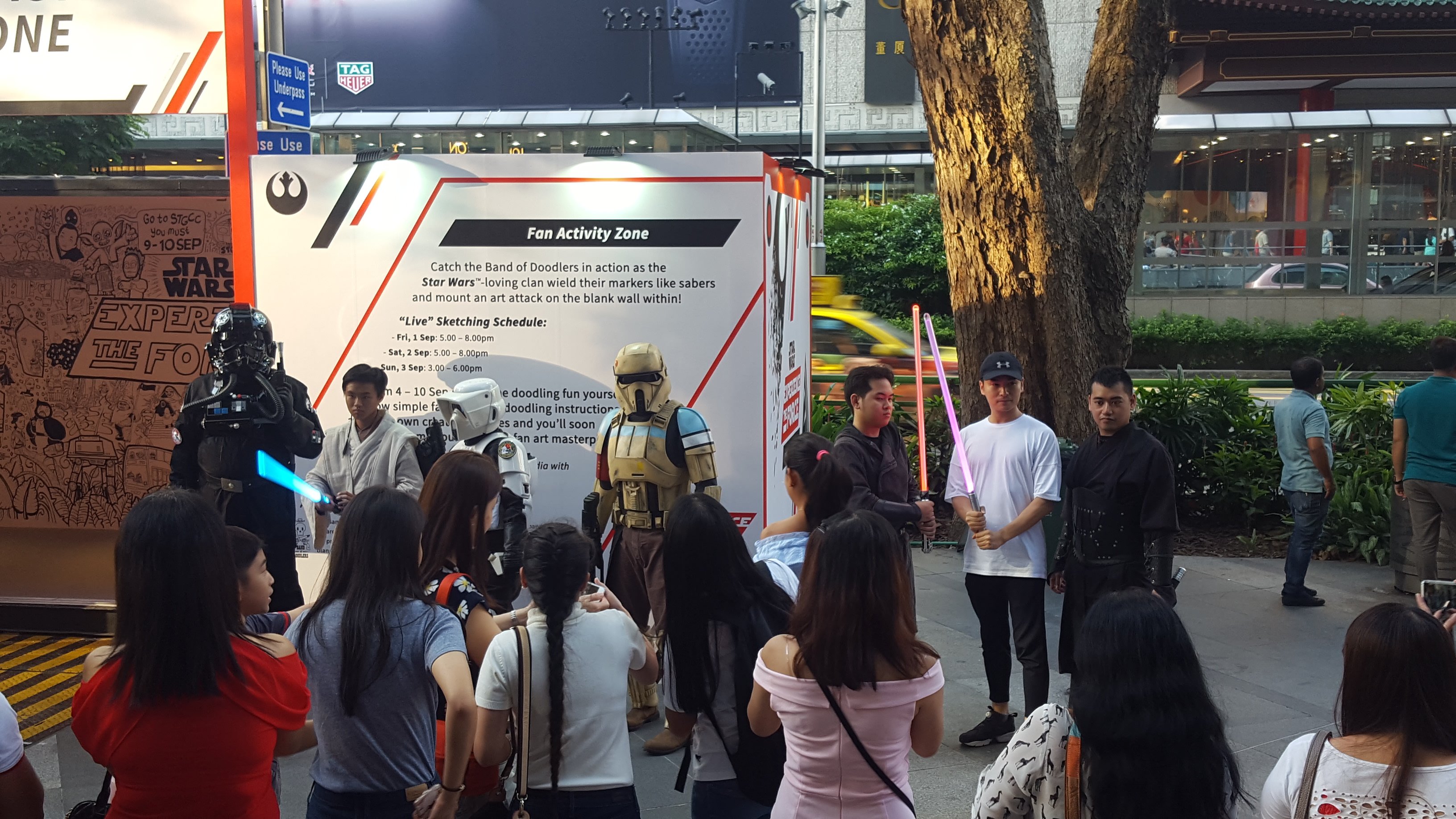 Replicable – except for the tie-in with their final and expanded set-up at Singapore Toy, Games, and Comic Convention (STGCC), that is. Curse the Emperor’s Black Bones! Alas, the Force was not with me in my schedule this year, and I was unable to attend STGCC to check out the (almost) life-size scaled Millenium Falcon and other sets. But who knows, perhaps God will be kind and let me attend next year!