With the second day of the AsiaPOP Comicon Manila 2016 well on it’s way. We were able to list down the various must-visit booths in the 3-day event. So if you’re planning to head down to the SMX Convention Center and enjoy the event, here are some of the must-try booths for you!

Seen at nearly the center of the venue and takes a really big space in the event area. The Magic the Gathering booth offers attendees the basics to learn the game. And if you participate in the tutorial, you can also take home Magic Sampler decks, like so.

The MtG booth also allows players who both the Eldritch Moon Starter decks with a chance to play against the assigned spell casters on-site. If you get to win, you’re can also win booster packs.

Another thing you can do on the booth is to try out the Magic Duels app.

We previously posted about Asus having their own booth and giving away a Zenfone 3, Zenfone 3 Max and an Asus Lolliflash by participating in their Pokemon Go and Asphalt 8 competition. So you may want to head there immediately especially for the Pokemon Go competition. 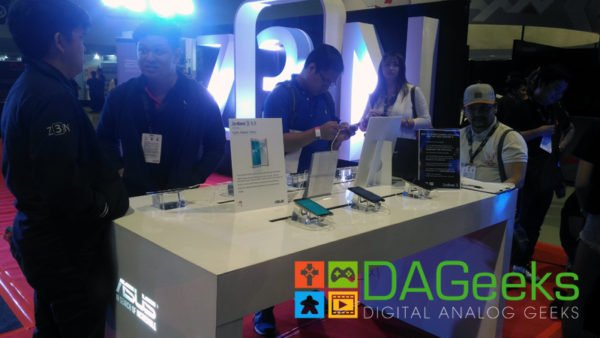 Here’s me recording my trial run: 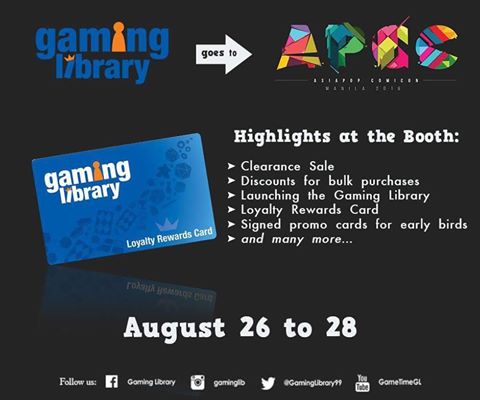 Gaming Library is having a 10% discount on purchases of three of their games during the event. APCC also is the day that the store is launching it’s Loyalty Rewards card for members and those who purchased on the day itself.

Another must visit booth is the Playbook Video Game Lounge and Bookshop‘s area. Not only are you able to enjoy the various titles they have for their consoles, you can also participate in their tournaments happening today (NBA 2k16) and tomorrow (Street Fighter V).

This one is going to be a bit of a doozy since their venue has various gimmicks. One one end, you have the Animax booth hullahoop throwing game. On the AXN side of the area you have American Ninja Warrior area where we got a short lesson in parkour from people at the Ninja Academy PH. On the area near the entrance, the Sony Channel side has you participate in various mini-games.

Here are some of the pics of their area and a video too:

So there you have it! Do you have any booth favorites on the venue? Sound off at the comments!