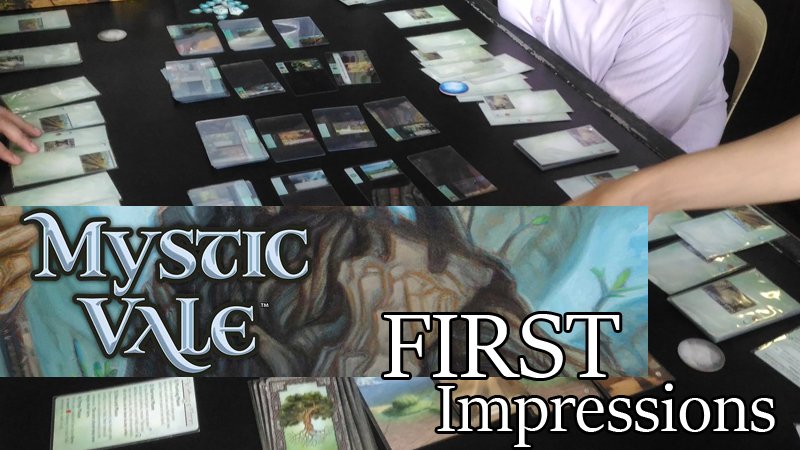 Last week, me and Gio were able to experience the demo Neutral Grounds Philippines is having for the latest AEG  game, Mystic Vale.

Based from what I’ve gathered. Mystic Vale‘s card crafting system is an interesting gameplay system especially after watching the official Learn to Play video and Tom Vasel’s review.

The game is easy to pick up even for those who aren’t into resource management games. Players don’t need to think much of any other strategic factors as they decide on which lands to purchase in Mystic Vale. It’s basically you against your deck and how you craft your cards. Mystic Vale doesn’t offer much in direct player to player interaction. The only time you can “directly” affect other player’s strategy is through buying the land or vale cards earlier than they do.

What I loved about the game is that unlike other resource management games (like say, Splendor). Mystic Vale opens up the game in an entirely new set of strategies and tactics for every playthrough. I loved that the game offers you either the opportunity to stick with your strategies that you established one game before your current, or you can just wing it as you go (my fave gameplay tactic just FYI). This is why I’d like to say that if there’s a resource management game out there that I’d put on top of my list, Mystic Vale would be it.

One of the things I also loved in Mystic Vale is that the game rewards you real well for good gambles and really punishes you on bad, not-really-thought-well plays. Especially since you can’t necessarily overwrite the cards that you yourself crafted. 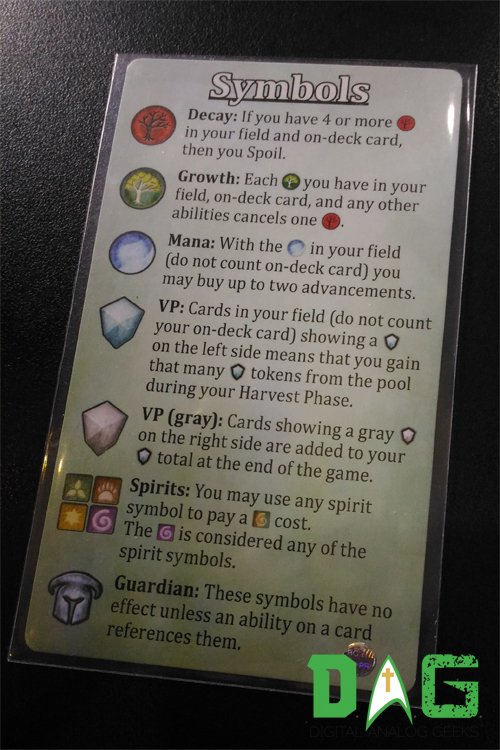 Another thing of note in Mystic Vale is that you are given the false sense of security if you continue doing safe plays. If you’re in a table of new players, safe plays are the best way to go since they have a higher chance of taking chances without thinking (like me). However, if you’re in a table filled with game veterans, being a “safe” player would make sure that you’re not that much of a threat to anyone.

So moving over to what you can get out of the box. So far the game really look good. With a price tag of 2,250PHP, you have to expect the game to at least have top notch print quality. And AEG doesn’t scrimp on that. On top of the cards and the tokens the game has. AEG also provides plastic sleeves for your cards so you won’t have to worry about getting them sleeved or buying sleeves for the cards for the matter. 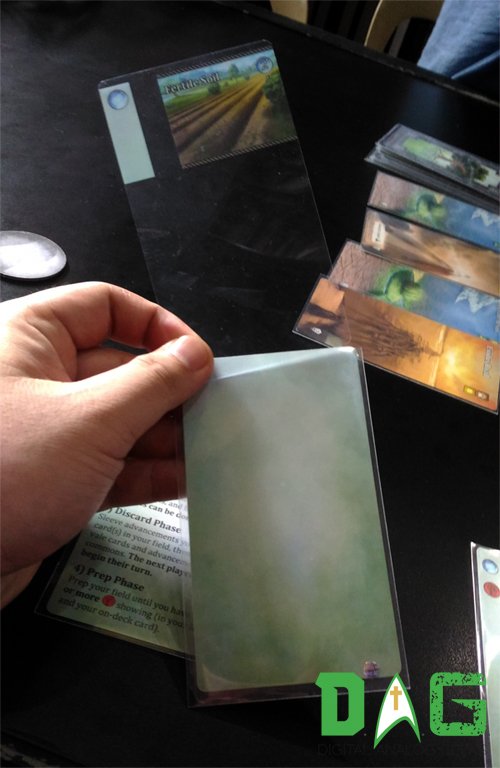 My only worry is that what happens if you ruin the card sleeves once you start playing. So far, there’s no word on replacement sleeves available specifically for Mystic Vale. But the plastic feels sturdy enough that you won’t worry much on ruined sleeves for the time being.

I must say that I truly enjoyed the first few rounds of the game even if I didn’t win a round. The game being able to provide this much freedom while constrained into a few cards has an appeal other resource games don’t. While I personally am not a fan of the genre, I will say that I am a fan of this one. I’ll definitely have a copy of this game once it comes out.

You can now pre-order Mystic Vale from the NG site. The game is released just a few days from now, July 14. 2016. For more info on Neutral Grounds other games you can head also to their official fanpage.

Here are some other images from the demo: