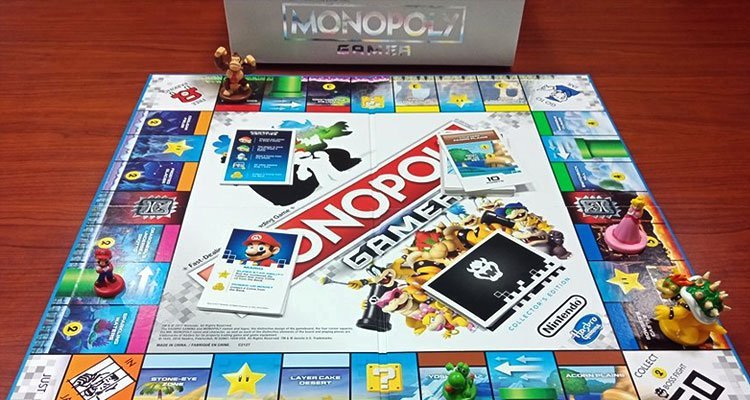 Monopoly is a very well known game through out the world, the fact that any franchise will have their own version of it, from cartoons to movies. Despite them being re-skinned, they all play the same way as the original. Players picks tokens and race around the board to buy properties and earn rent from others landing on the same spot. The goal being to bankrupt every last one of your opponents until you have a monopoly.

Monopoly Gamer on the other hand is very different. The goal of earning as much money as you can is still there but there arr many key differences which i’ll be pointing out through out the review. 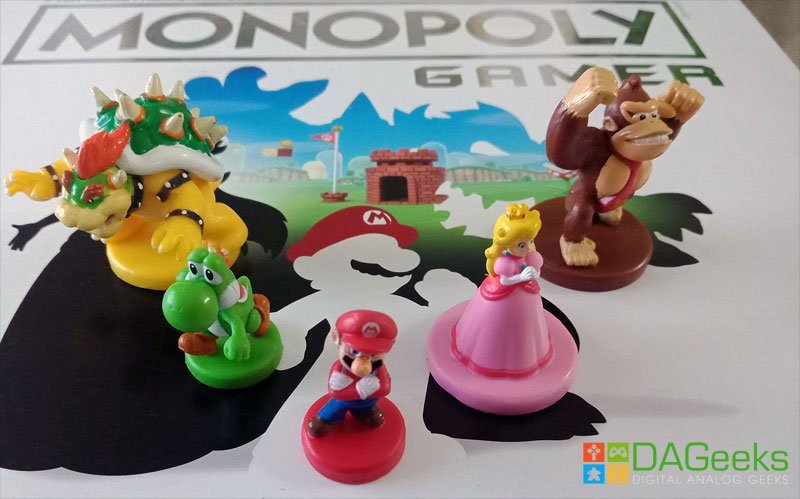 In previous iterations of this game the tokens were just there to represent you and gave no benefits to choosing them. Monopoly Gamer, changes this up with each character having their own specialty, like Mario being really good at gaining coins, Yoshi being able to throw a green shell backwards, DK and his ground pound hitting everyone, and more. The game normally comes with 4 tokens, Mario, Peach, Yoshi, and DK, with the addition of Bowser in the Deluxe edition. In the Box there are more slots for other characters like Luigi, Diddy Kong, Rosalina, Tanooki and Fire Flower Mario, Wario and Toad. Sadly I have yet to find a store selling the power packs they are sold in.

Another difference is the dice used. In the normal Monopoly game there are 2 numbered dice used for movement across the board, and thats all. With Monopoly Gamer, they replace one die with an item die which has red shells, green shells, POW, Blooper and coins all around it. Players will move slower, but now they can attack the other players causing them to drop coins like true Nintendo fashion.

In this game there is an additional way of getting coins apart from rent, passing GO, and special landing spots. Now you can pick up coins dropped by other players by passing by or landing on the spot they’re on.

In this game a number of tiles on the board have been replaced, namely the utilities, tax, and the trains. Warp pipes just like in Super Mario Bros. lets players move to the next warp pipe on the board picking up any coins along the way, Thwomps cause players to drop 2 coins, power star causes a player to activate their star abilities, and coin boxes let players roll the numbered dice and gain coins equal to the result. 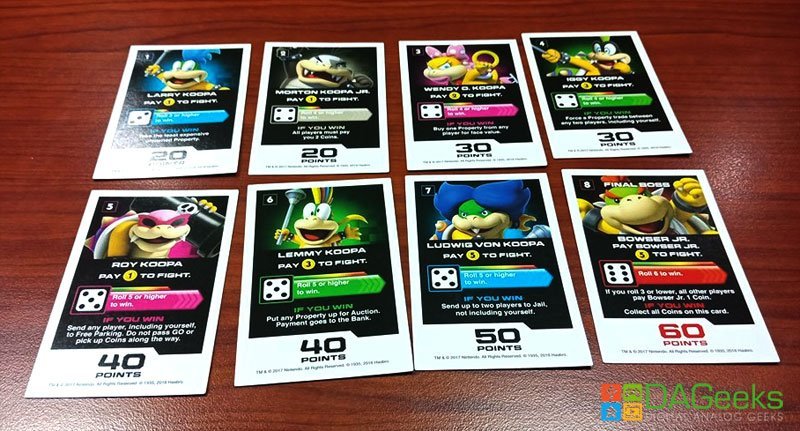 Replacing the community chest and chance cards are the 8 Boss cards. On each boss card is one of the 7 koopalings and the last being bowser jr. You flip the top card at the end of a players turn if they pass GO. The players will take turns fighting the boss starting with the player who most recently passed GO. Players have a choice of fighting the boss or passing. Should they choose to fight the must pay the gold cost, and roll the required number or higher to defeat them. Each boss gives a different bonus, like gaining the cheapest unowned property, or even forcing a trade between 2 players. Apart from this just like properties, they are also worth points at the end of the game.

With Monopoly running out of money to pay someone is a possibility, and usually in Monopoly players can mortgage their properties to gain some money, but its still their property. In Monopoly gamer theh take away this complicated system and outright say you sell your property to the bank for the price you bought it for, making the game go by much faster.

Monopoly Gamer definitely is a breath of fresh air, making games go quicker with warp pipes and the boss cards, which was a big downside to the Monopoly game mechanics. It also fixes the problem of players being kicked out of the game by giving them a chance with Boss Cards instead of properties. Though the game is still at the mercy of dice, its definitely a more active game than just asking for rent from players, with the addition of the item die. It has just enough to feel like a Monopoly game, yet introduces new mechanics to call it a new game in and of itself. The fact that the power packs not being sold here is also very disappointing, and could have more replayability if it wasn’t for that. 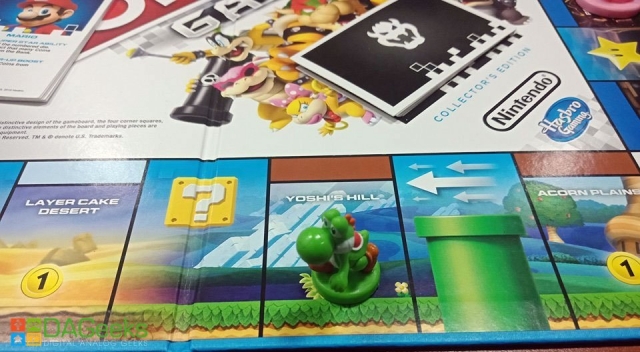 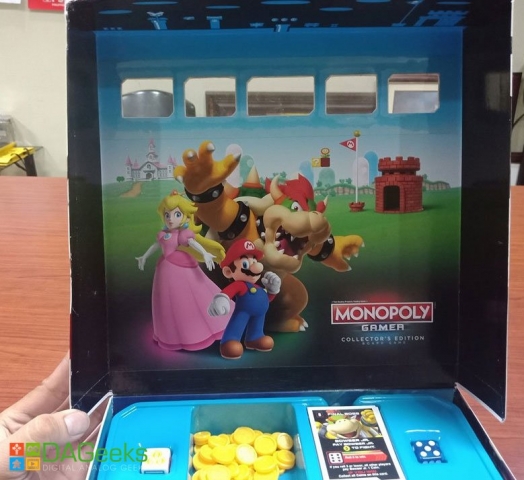 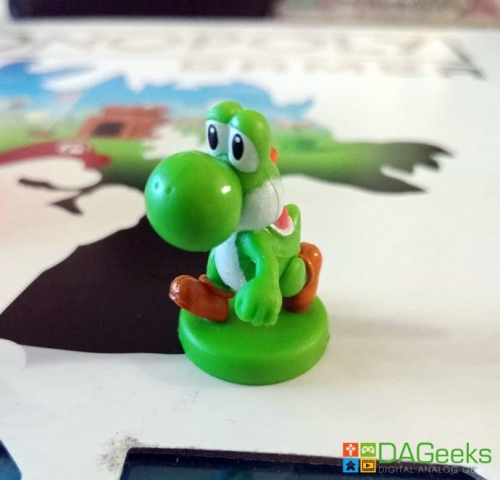 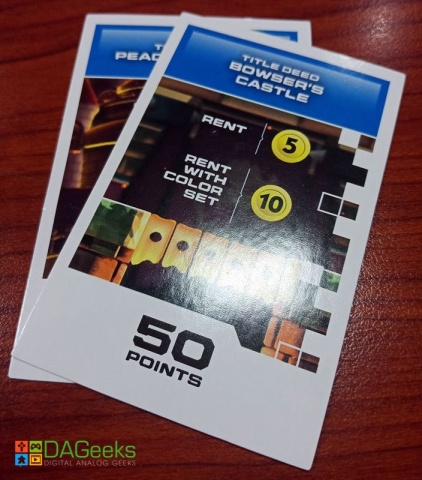 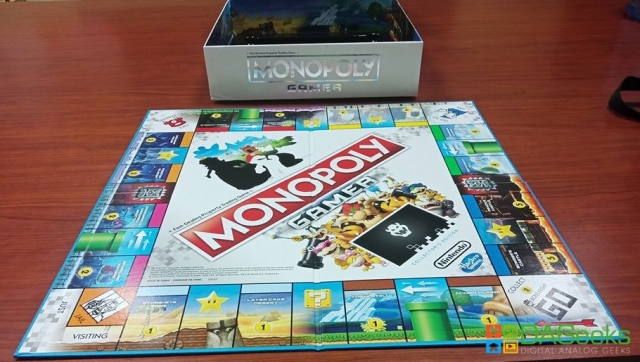 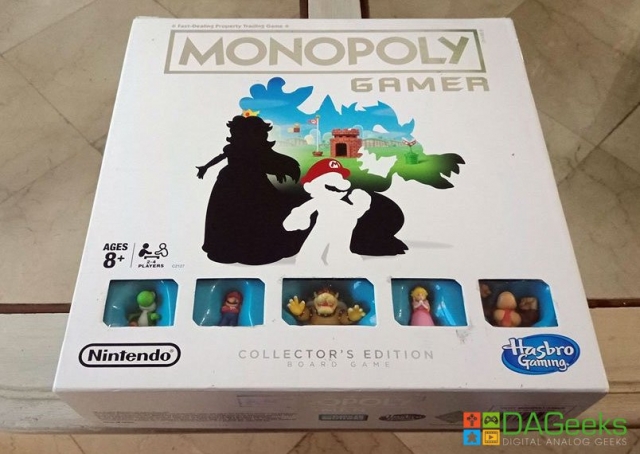 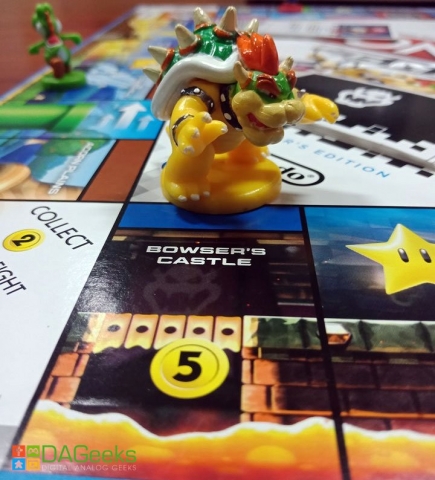 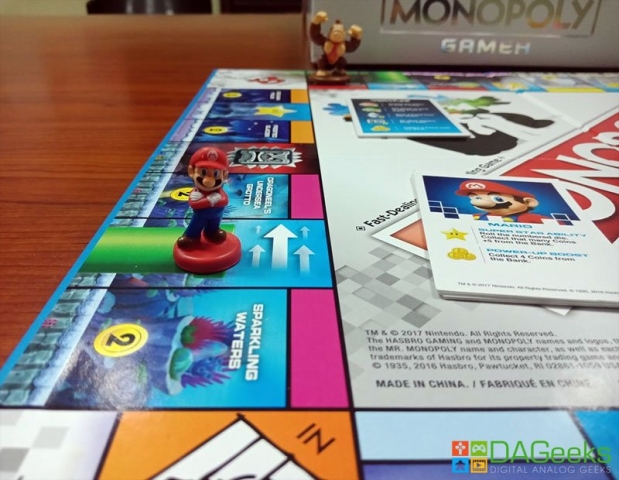 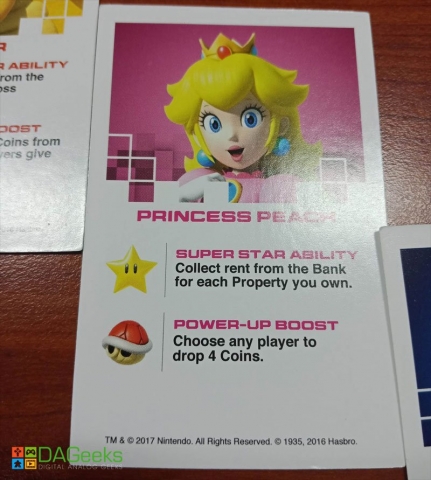 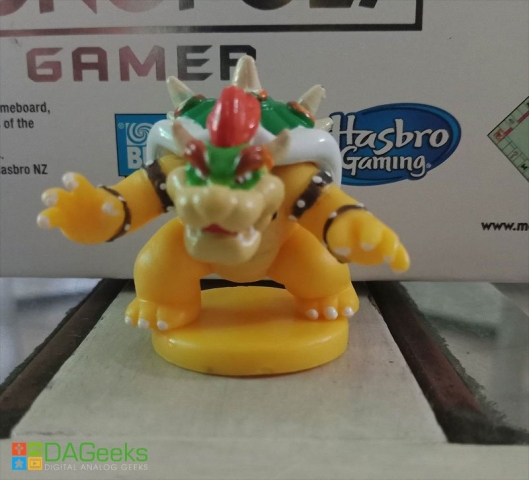 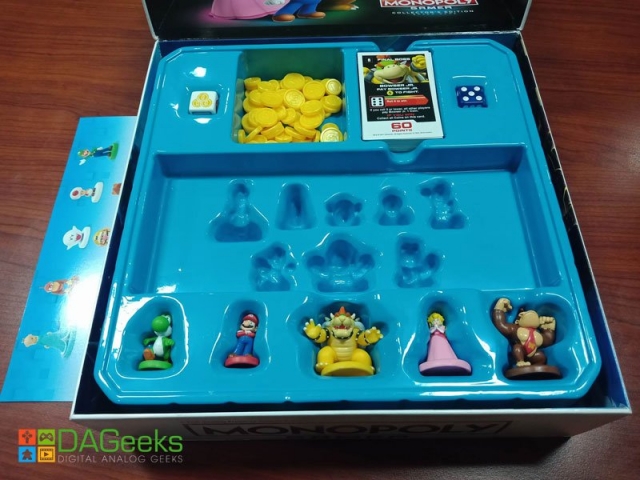 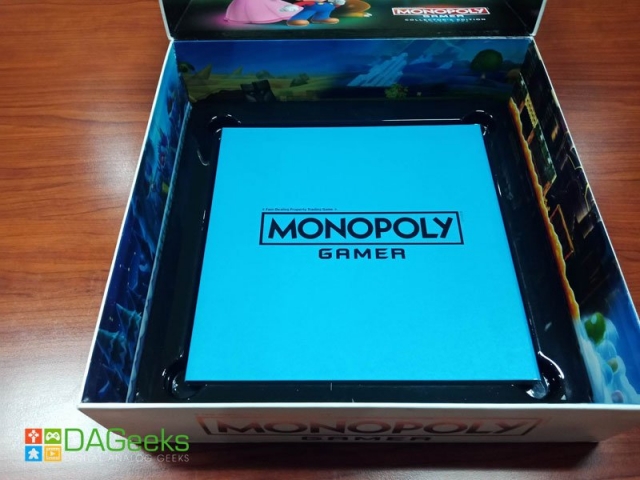 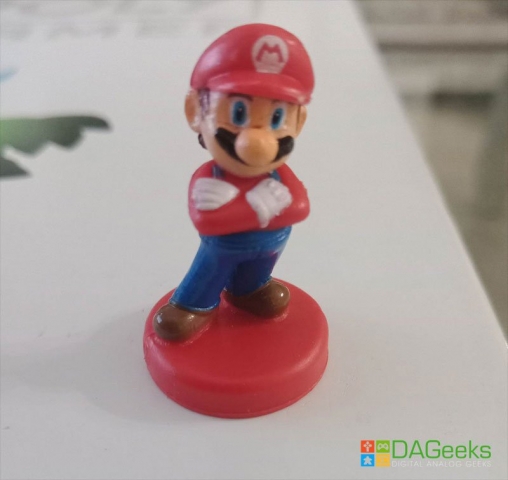 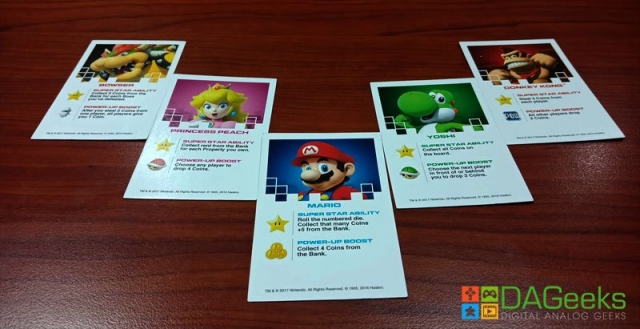 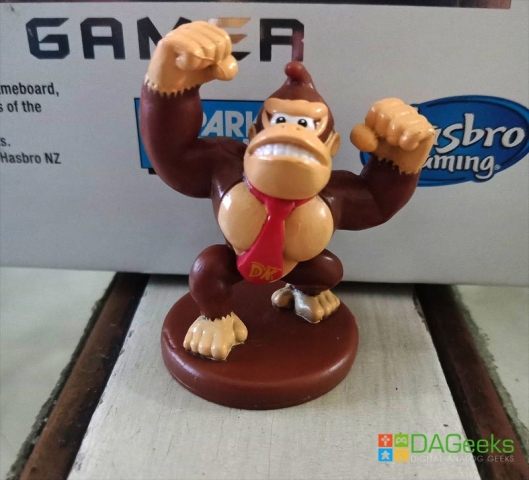