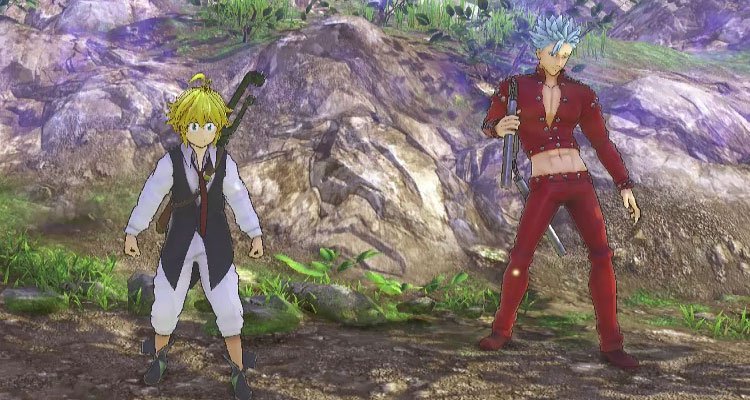 Have you ever been to a restaurant where almost everything is perfect? Like – the waiters are nice, the menu is fairly priced, the  ambience is great, it even came with parking. All of that except the food itself is terrible. That’s what playing Knights of Britannia is like. 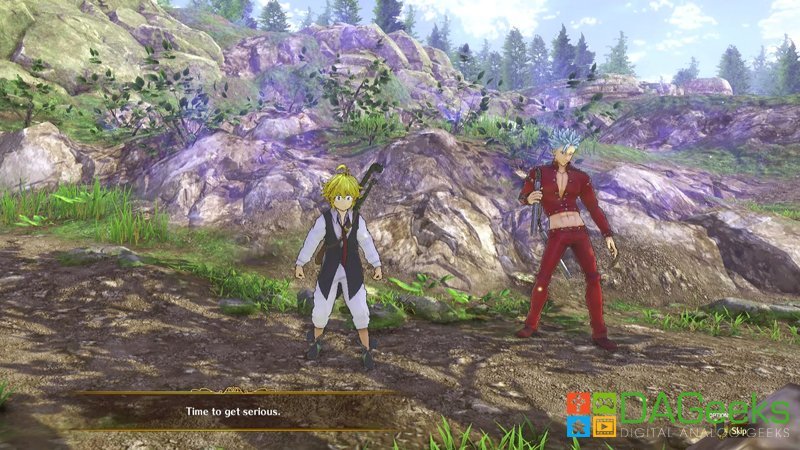 Bandai Namco was on a roll when it kicked off the year with amazing back to back releases of awesome anime games like Gintama Rumble and Dragon Ball FighterZ. With Seven Deadly Sins being a major shonen anime title as well, expectations were high yet generously flexible for its first major console game release. Announcements leading up to its release were sparse but generous with reveals – showing that the game would span from the beginning of the manga to almost its current run – boasting a lot of playable characters from the Deadly Sins to the Holy Knights to the Ten Commandments to even some one-time-seen only characters, even going so far as to feature various skins and forms of the characters. It’s a lot to offer; probably the most an anime game can offer in a single title, so you can just imagine the hype long-time fans of the series would feel ticking the time down to its release. 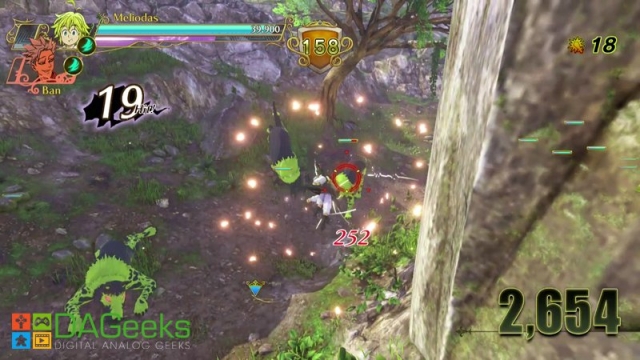 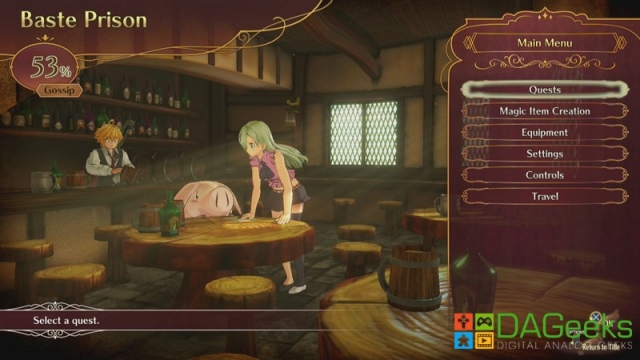 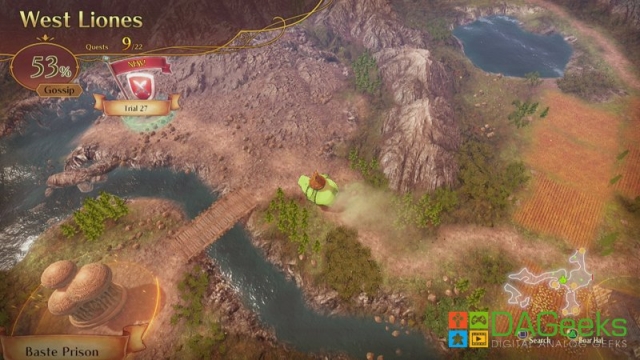 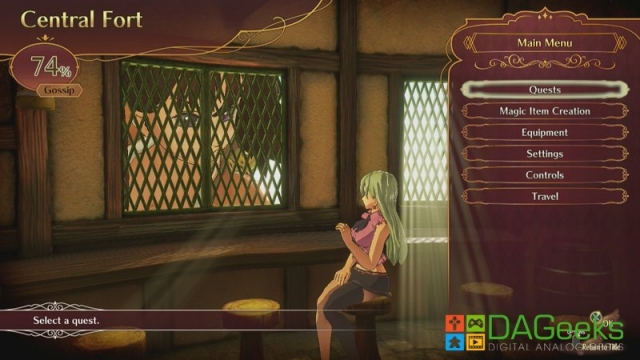 Let me cut to the chase and say the gameplay sucks. Big time. It’s a free roam battle similar to Naruto’s Ultimate Ninja Storm series, except they tried to add in air-dashing and mob battles to the mix. It’s like they tried to be both Dissidia and a musou game at the same time, but falling horribly short at both. The targeting system is lacking. The camera angles are mostly wonky. Controls are both mashy and laggy. The system tried to have depth by adding variety of moves but it really doesn’t matter because randomly pressing buttons gets you through it anyway. Mobs die too quickly and would most likely be killed off by your NPC assists while you’re still figuring out buttons. “Combos” are totally pointless as well as there is no hitstun at all and every can just keep hitting each other senselessly. Actually, I refuse to go any further because all I really have to say is that combat in this game is a total mess. 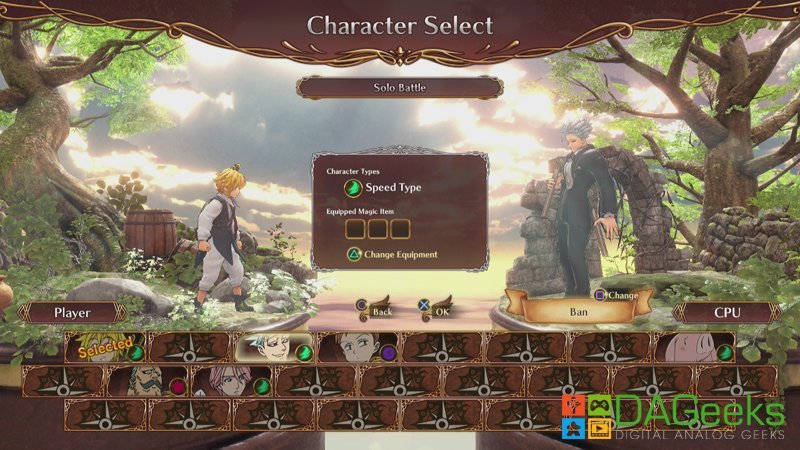 Which is honestly such a shame because everything else looks great. The graphics, while mainly cel-shaded at its base to give that 3d anime feel – have been textured and filtered beautifully, and you appreciate this a lot looking at the environment. The lighting effects, the shadows, and the details are so beautifully done. The effects in battle are well done as well. The environment suffers damage as you hit it or throw bodies at it. With debris and particles flying around, it emphasizes how strong and destructive these characters are supposed to be. Story mode gameplay outside of battles is reminiscent of old RPGs like Suikoden and the Atelier series, wherein you can freely travel the world map, doing side quests, recruiting allies, and fighting random encounters.

The most interesting feature is the Rumor system. Successfully finishing fights lets you celebrate post-battle in your homebase bar, where people will share gossip with you. Performing greatly or doing specific actions in battle will result in more intel that will unlock more missions and sidequests for you. It’s amazing because you really get immersed in the characters’ experience of figuring out their next move outside of battle, in the Boar Hat – which is an equally presented side in the manga but something you never expect to be implemented in an action game.

But sadly, all the good stuff can’t sugarcoat the fact that the actual combat is the least satisfying experience of all. Which is sad when everything else was so well-made. The game could’ve even been a full alternative to watching the anime or reading the manga with how detailed it goes with the stories covered and the scenes shown. Even the side commentary and extra battles help rounding out the characters and relationships.

I don’t even know if I can recommend this to the diehard fans – probably if you’re 12 or a super casual gamer, but as far as anime fighters go, Knights of Britannia is downright disappointing. I refuse to make some pun on how it was a “Deadly Sin” to produce this kind of mess, but here you go. I’m still holding out to the hopes that the gameplay will eventually get polished through patches. But as it is now, Knights of Britannia is a no-buy for me. 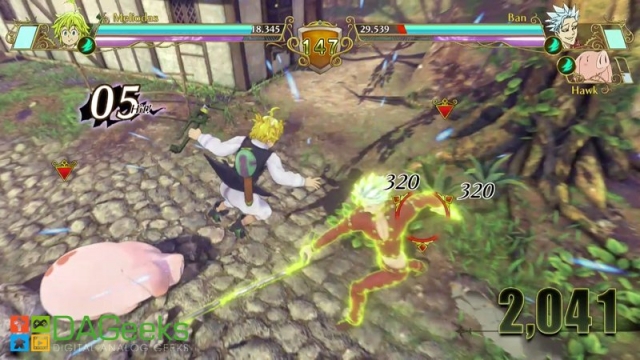 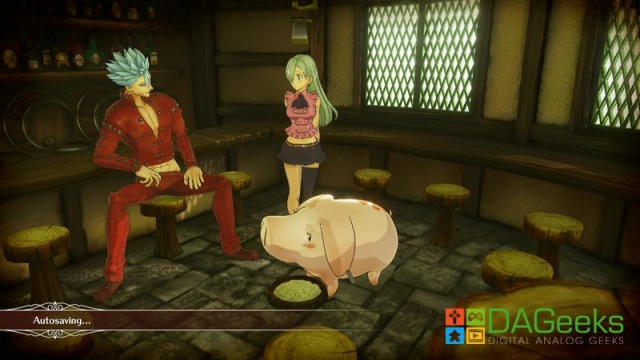 Graphics
Gameplay
Controls
Sound
Replayability
Story
Reader Rating1 Vote
The Good
The graphics
The coverage
The Rumor system
The Bad
The gameplay itself is a major disappointment
2.5