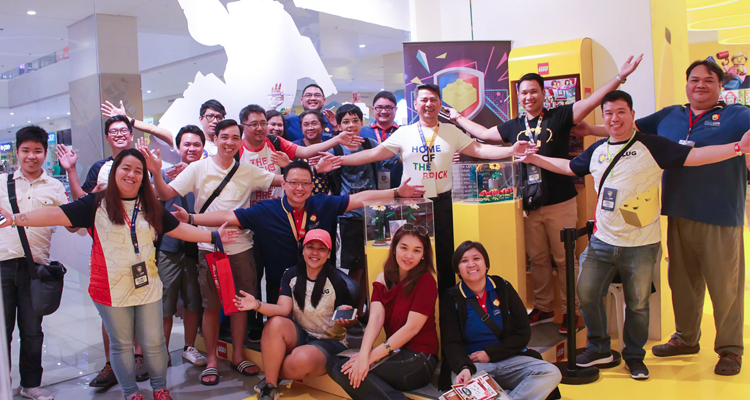 How To Start Your LEGO Hobby, According To AC Pin

Amado Canlas-Pinlac, more commonly known as AC Pin, conducted a meet-and-greet session last April 28, 2018 at the LEGO Certified Store at the Ayala Malls The 30th in Pasig City, organized by the Pinoy LEGO User Group (LUG). He gave the fans and fellow LEGO enthusiasts a chance to look at his world-class MOCs (My Own Creations) and set builds, which were featured in exhibits abroad.

In a candid interview, he revealed his humble beginnings with LEGO, saying that he started playing LEGO because he helped while his three sons played with it. However, when his sons grew, changed interests, and went to high school, he found himself playing with the sets that they have set aside. The first set he finished was a Star Wars diorama, which he says was because he loved the Star Wars saga.

Moreover, he shares some of the steps that budding LEGO hobbyists can do when entering into the field.

Find one that you really like so you can easily connect with it.

In his case, he connects with the Star Wars series the most, that is why he started with it.

He advises that one should look for smaller and cheaper sets when beginning, and to also base one’s beginning sets according to their disposable income, being that LEGO is a higher-end hobby in the Philippines due to its expensive materials. He also advises that once comfortable with the simple things, one can add more detail as they go along, thus advancing the hobbyist’s skill level. Aside from that, he recommends a one-in-a-while rebuild of previously-built sets, as a way of practice.

AC Pin suggests that one must have a form of organization when collecting LEGO.

Part of the problem sometimes is that when you are not organized with your collection, you will find that you spend too much time looking for the parts, and that adds to your build time.

He relates that in finishing his flower MOC, he took half an hour, with half the time devoted into looking for the parts that can be used to make the build.

For AC Pin, imagination is one of the most important things to have when starting a LEGO hobby. He then explains the concept of free-building, in which the creator uses existing pieces from other sets or free components to make a new thing or set. He likes the fact that LEGO is a toy that enables the creator to build almost anything, because the sets that are sold are based on certain, actual things (e.g. flowers, buildings, movie sets and props). Lastly, he says that LEGO has no rules, with the exception of competitions, wherein one has to build within parameters.

When in doubt, or in need of a guide, AC Pin suggests that one should get the LEGO Digital Designer (this is free!) or go to the LEGO building instructions website.

However, AC Pin says that,

When you are able to free-build without looking at instructions, you have [already] made it in a way.