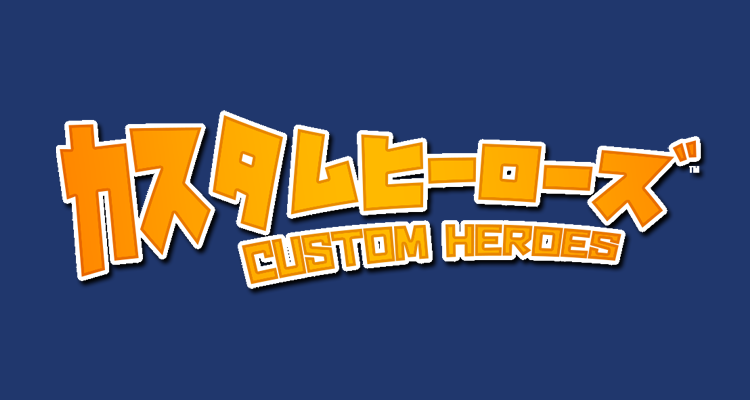 A team of heroes has enlisted to protect the world, it is up to you to equip them and train them to work in teams to further strengthen them. Custom heroes is a trick taking card game, which is part  of Alderac Entertainment Group‘s Big in Japan series, where players can upgrade (or downgrade) the heroes dealt to them in an attempt to empty their hands first. 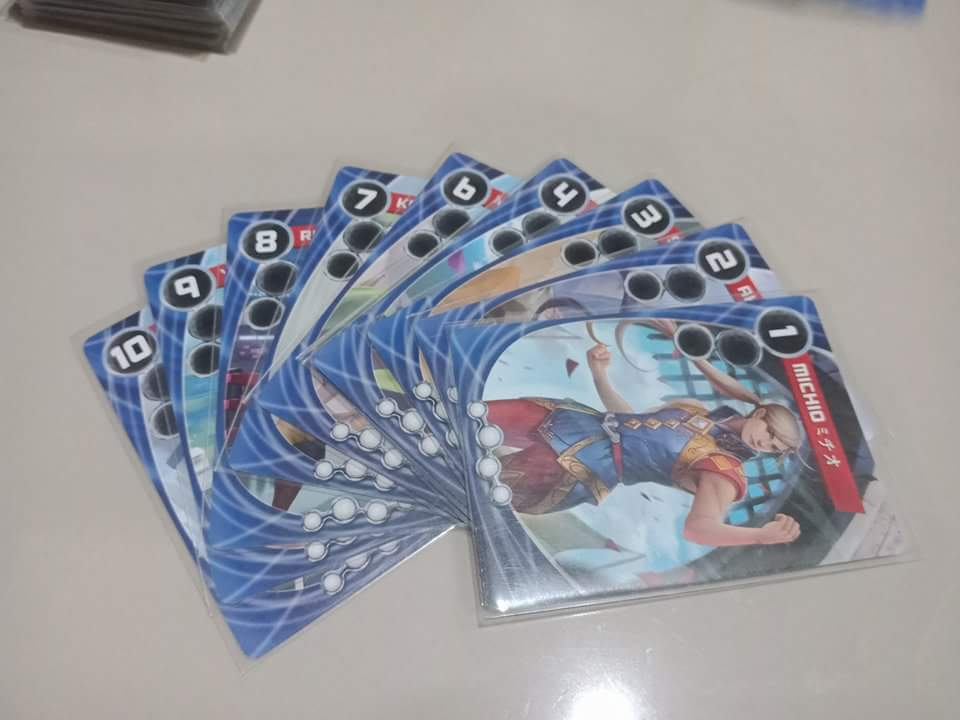 In the box you will find the rulebook, token boards with gold and red tokens, Hero cards, Advancement cards, an advancement cards bag, and card sleeves. The 2 main parts I will talk about are the Hero, and Advancement cards. there are 10 types of hero cards each with power value ranging from 1 all the way to 10, on each of the cards there are circles on the upper left corner which is what will be used to determine the power value of the hero. Advancement cards on the other hand are what’s used to upgrade or downgrade the cards, there are 4 types of advancement cards, there are auras, right hand, left hand and a companion. Auras change the base value of the card while the right and left hand cards can add or subtract from the base value. The companion on the other hand doesn’t change the value but gives the hero an ability which a hero may use, like copying itself, being a wild card, or even reversing the order of the pile.

The game setup is very simple, depending on the number of players will determine how many sets of the 1-10 cards will be shuffled into the deck for distribution. All players will start out with 1 red token and 2 gold tokens, along with 2 different advancement cards, the baby dragon called and the. Once this is done, the heroes deck is shuffled and dealt out to all players each with a hand of 10 cards. On the first round the player who starts the pile will be the youngest player. They can play 1 card or any combination of cards, provided they all have the same values, like a pair, three of a kind, four of a kind, five of a kind and so on. There will be a time when a player can’t play cards, unless they use their advancement cards to change their cards to allow them to be able to play something. 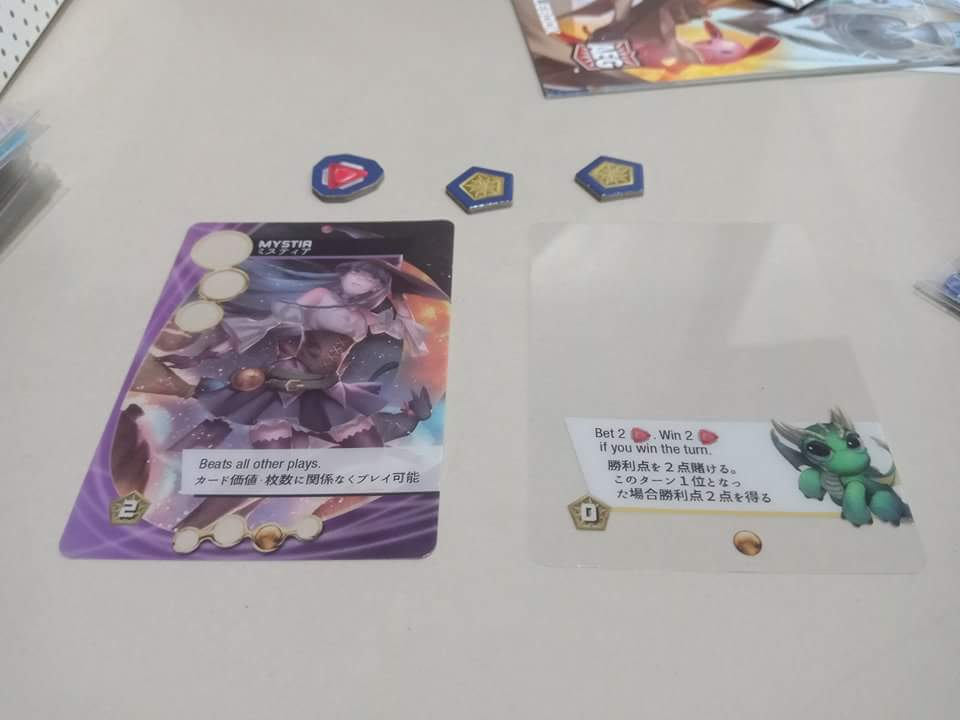 Going clockwise the other players, if they choose not to pass, will have to play the same type combination of either equal or higher value. It goes on like this until it reaches one player’s turn with the others passing or being skipped. That player is then given the privilege of starting a new pile of a different combination. This goes on until all but one player has emptied their hand. After this Red tokens, Gold tokens, and Advancement cards will be given out depending on what position you place in the round. If anyone has 10 or more red tokens and has placed first in the round, that player has won the game. If not, then rewards will be given out depending on what position the players’ place. The hero cards along with any advancement cards that were added to them will be shuffled together and dealed out once again. Gameply will go on like this until a winner is decided. 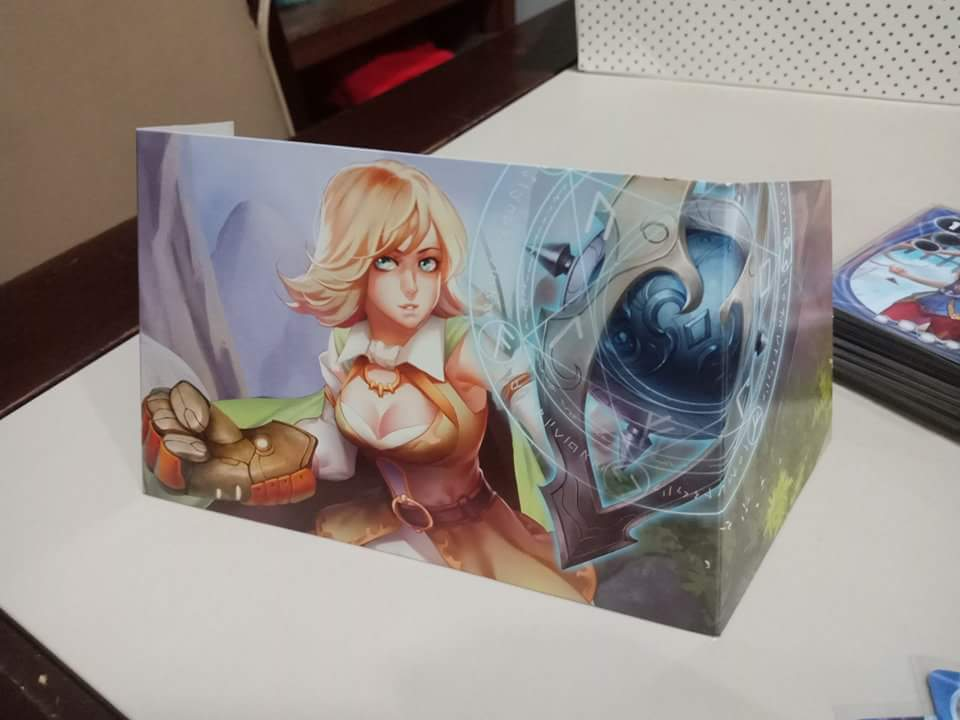 The game is great, and my friends love it as well. The game is very prone to silly shenanigans like downgrading a card into the negative value just so you can win the reversed order pile, but it also has its epic moments, like playing a pair of 21s. The design on the cards is also fun to look at, and that how each advancement card , especially the right and left hand cards, were designed to fit onto any heroes hands. The clear cards though are easy to misplace and lose, I almost lost one of my cards to because of the clear acetate material they’re made from.

Gameplay
Components
Theme
Replayability
The Good
Silly combinations
Lots of shenanigans
Clear Cards
The Bad
Still at the mercy of the draw
Cleanup takes a while
Clear Cards
4.8
Overall Score