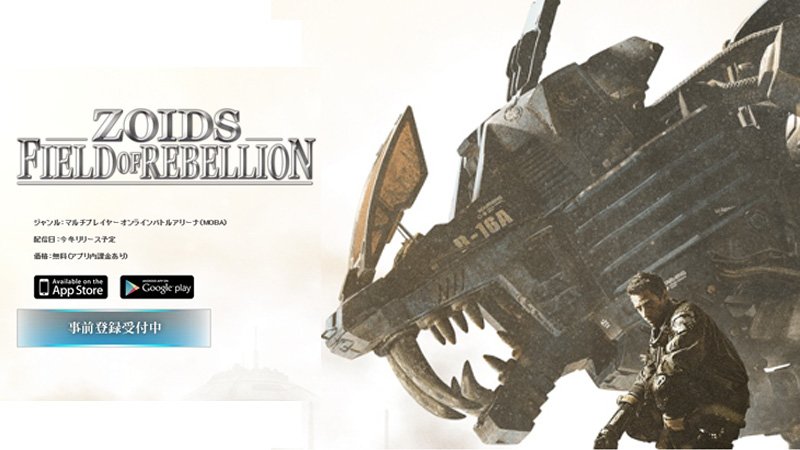 Zoids: Field of Rebellion is Revealed to be a MOBA Game and Pre-Registration is Ongoing

So the cat’s out of the bag and the upcoming Zoids upcoming title I reported last month is now revealed as a MOBA game for the iOS/Android platforms.

Yes, that’s right, Takara Tomy finally released in the Field of Rebellion website that the project is a MOBA game that is geared for teams to fight against one another in an arena.

The game is developed by Eighting, a Japan based game dev company that is more known for their shmups and fighting games like the Kamen Rider Battride titles. Fields of Rebellion will use the previously released ZOIDS concept art as the base for the game’s worldview in an original setting.  So expect a lot of familiar zoids that you can use once the game is released.

So far pre-registration for beta is now ongoing. And so far, it seems that only players who know Japanese can have get through the registration process, or well at least let google translate the page for you.

The game is set to stat it’s beta stage early in November and the target release date is within the winter of this year.

Here’s a view of the game’s teaser:

You can check out game screenshots and for those who’d like to take part in the pre-reg can head to the official site here.