Disclaimer: The author has not seen any card review from streamers and the like, has only checked cards from a spoiler website. All thoughts and ideas are expressed by the author themselves and not influenced by other people.

Scholomance Academy has finally been fully spoiled! There are 135 new cards and lots of new things coming from this set and I’m here to talk about the major things we can check out.

First and foremost are the new type of cards that’s called the Dual Class cards. There are 40 Dual Class in total, giving the 10 pairs of dual classes 4 cards each. Hearthstone has already done multi-class playable cards back in The Mean Streets of Gadgetzan expansion. Those multiclass cards were focused more on a tribe/faction type thing, these Dual Class cards, on the other hand, will be focusing on what the partnered classes have in common. 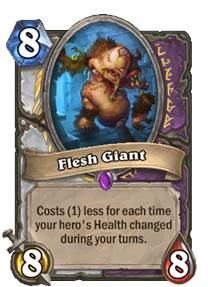 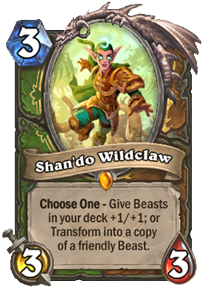 Here’s a “colour wheel” that shows how the classes are partnered!

Next is the new keyword Spellburst. How this works is that a Spellburst card will activate when you cast a spell. It’s kind of like Divine Shield where if it’s used, you can’t get it back again unless you replay it from your hand. As an example, let’s look at the card Headmaster Kel’Thuzad. 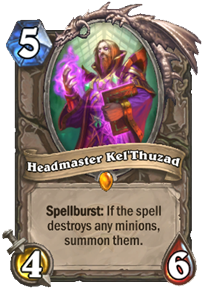 It says that “If the spell destroys any minions, summon them.”

So, if we were to use Rolling Fireball on the minions and the spell kills them, they’ll come back on our side of the board! 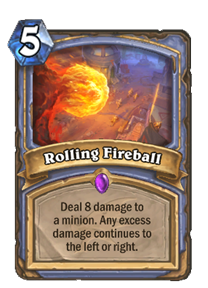 Another good example of a Spellburst card would be Enchanted Cauldron 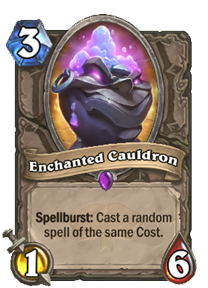 It says you get to “Cast a random spell of the same cost.” So, say you were to cast a Mind Control

The Enchanted Cauldron would then cast a random spell that costs the same as the one you just cast. Since in this example we cast Mind Control, the random spell would also be a 10-mana spell-like Pyroblast. 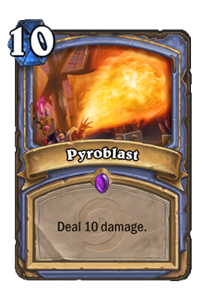 Then we have the cool, new Studies cycle. This is kind of like the set’s version of Lackeys, where these are 1-mana spells that allow you to Discover a card and will reduce the cost of the next one you play of the same type. 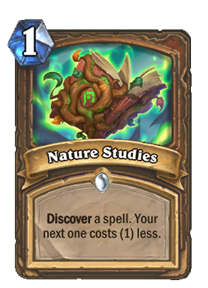 Initial Thoughts on the set and cards to watch

My initial thoughts of the set are that it’s very light-hearted and creative, this set kind of brings me back to when I was grinding the ladder during the League of Explorers expansion, you got to play whatever you wanted and were still able to climb! But since there’s an established meta, here are some cards that I think we returning players have to look out for (in the context of constructed/ranked play, not Arena.) 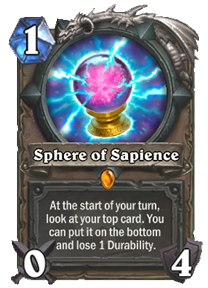 Let’s start this off with a Legendary! This card basically lets you see the top card of your deck before drawing, kind of like how the Scry mechanic works in Magic: The Gathering! All for the cost of 1 mana, the card near-immediately lets you use its value by being able to let you “choose” which card you want to draw. This’ll fit right into Control decks really well. 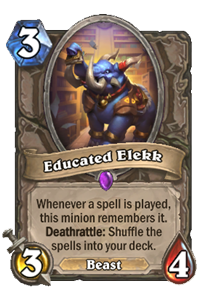 Next of course is an Epic! I think this is going to be a pretty solid piece that’ll go right into Combo or Control decks since you’re going to get your spells back anyway. Playing this card in a combo or a hard boardwipe turn will guarantee you a spell back into the deck. 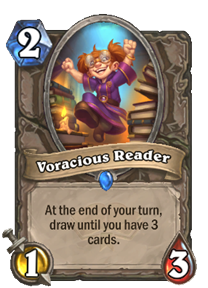 Next up is a Rare that I think would be great in aggro decks. It’s a 2-mana 1/3 basically refills your hand back to starting hand size. So if you’re playing aggro decks or are always losing cards in hand, this is a great addition to the deck. A 3-HP creature coming out on turn 2 will give you a bit of value before dying to removal. Or better yet, dumping your hand out then playing this will fill it right back up! 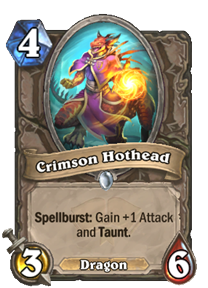 This is probably the hardest rarity I had to choose a card from, the Commons. For 4 mana you not only get a 3/6, but if you cast literally any spell the 3/6 will turn into a 4/6 with Taunt! If that isn’t awesome then I don’t know what is!

My Top Speculated Card per Class 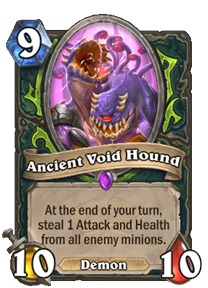 This card for sure is going to be bonkers! Cheating it out with either Fel Summoner or Pit Commander will guarantee you some fun times! 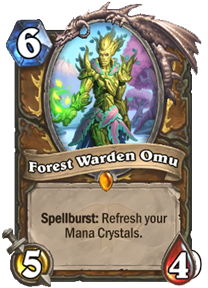 I am a HUGE fan of Combo decks and I think Ramp/Combo/Big Druid is gonna be a thing again (not sure if it’s a thing still) but this card is sure to give you some crazy plays! 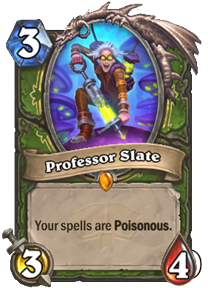 Hunter Has been given a couple of cards to help remove things on the board, but this takes the cake. This means small spells like Rapidfire are going to straight up just kill any minion! I think this card will make it big at first way later in the expansion when the meta has settled in. 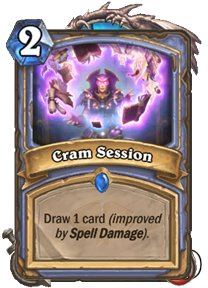 Scholomance has given us a LOT of ways to gain Spell Damage, this card though will probably give you the most value for all the buffing you’re doing. Imagine having Malygos out and drawing 6 cards off of this thing! 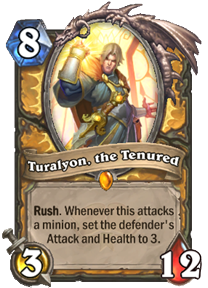 For 8 mana, this basically says “Kill 4 enemy minions.” This is going to be amazing in both constructed and Arena. 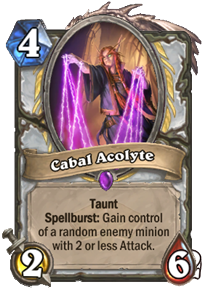 This card is basically permanent Shadow Madness on a stick. Not only do you get a 2/6 with Taunt, but you also get to steal one of their small creatures when you cast a spell! 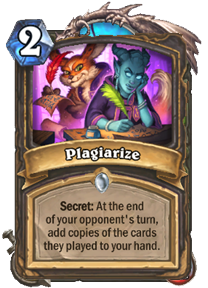 Sometimes it surprises me that Rogue and Priest don’t share a Dual Class card. For 2 mana, you get to play everything that your opponent played! This is just SCREAMING Rogue. 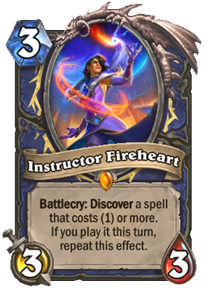 For a 3-mana 3/3, I think this card will generate INSANE amounts of value. Especially since this class has a lot of cards that can make the game go nuts in a matter of a single turn. 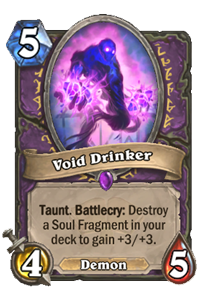 This reminds me a lot of the Voidlord from the Kobolds and Catacombs expansion. For 5 mana, you get a 4/5 with Taunt and it gets +3/+3 if you have a Soul Fragment in your deck. There are some new cards that give you Soul Fragments and this is what a Soul Fragment looks like: 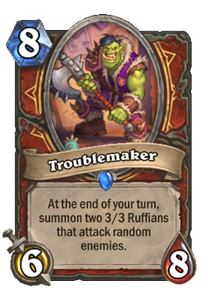 It isn’t really a board clear but this card is a little better than it looks. This to me screams pure Hearthstone RNG bound to create fun and salty times for both the opposing and defending players! For 8 mana you get a 6/8 that brings in his friends for a smackdown! He can either clear your opponent’s minions or hit face!

There’s a lot more cards and strategies to talk about, but that’ll be for the future. Scholomance Academy comes out on the 7th of August, you can pre-purchase packs and have two options for the bundles!

The first bundle is $50 and will give you

The second bundle is $80 and will give you