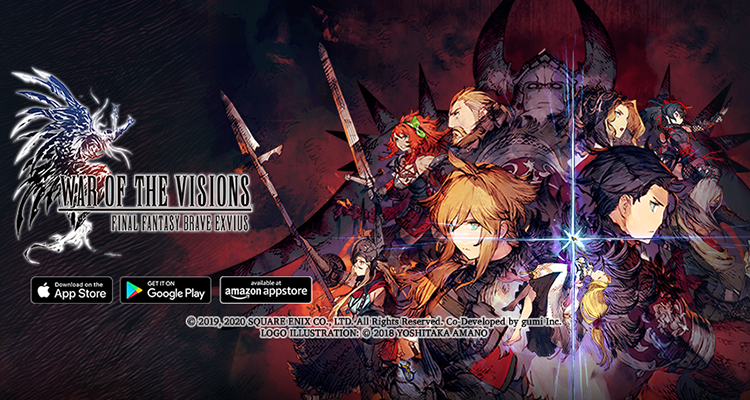 The release which happened yesterday also allows players to participate in the Final Fantasy XIV: Shadowbringers collaboration event you can get Thancred in his Shadowbringers attire in-game.

Along with the launch collab event, Gumi is also releasing these limited time event activities to celebrate the game’s release:

War of the Visions: Final Fantasy Brave Exvius is a standalone gaming experience that draws inspiration from classic Square Enix tactical RPGs. Set in the Final Fantasy Brave Exvius universe, the action unfolds on Ardra, a continent on the brink of war as individual nations struggle for dominance. Players will follow the stories of twin princes Mont and Sterne from the kingdom of Leonis, which possesses the power of visions, and Machérie, the beautiful Steel Maiden of Hourne. As they progress, players will need to navigate a variety of battlefields, strategize their attacks against enemy forces and summon powerful Espers to help turn the tide of war.