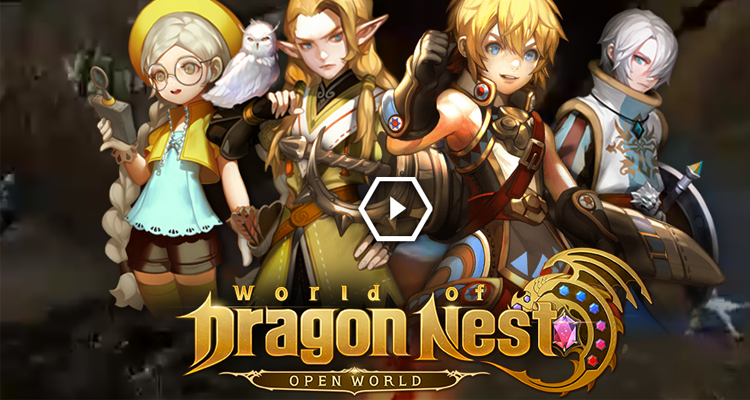 There are a lot of popular PC games that have made the jump to mobile, Ragnarok, MU, Mabinogi, and the topic of this review Dragon Nest. The mobile game is called World of Dragon Nest, and it is an open-world action MMORPG, which is a first in the franchise. Apart from an Open-World, the game also features the 4 classes from before, Warrior, Archer, Cleric, and Sorceress, and one new class called the Slayer. In a future update, the game will also be getting the Artificer. To further improve their gameplay mechanics, they’ve also implemented the Swap Weapon and Chain skill. Players now in the middle of a fight can switch to the class’ other weapon, allowing for more combos, and versatility from each party member.

Like most MMOs, there is a PvP system. Players have the choice of single combat in Single PvP, or maybe 4v4 in Team PvP. If these don’t pique your interest there is also a Free-for-all match, and Siege Wars for over 200 players.

Though battling can get repetitive, World of Dragon Nest offers other activities for a change of pace, such as fishing, mining, or even a relaxing spa day.

The main draw of World of Dragon Nest has always been its combat system, which is still very well done. Each class has its own combat style, and role to play in the raids. The Swap Weapon and Chain skill is a welcome addition, making for newer combos, and more customization from the player’s side. Another way they’ve improved the game is with the addition of the open-world. Past games, in my opinion, didn’t interest me as much because it was basically all dungeon runs, and the town felt separate from the action. The open world is fun to explore but I feel the other NPCs in, or just needs more vendors of the same thing spread out throughout, as it gets crowded in the fishing spots and other stores.

The characters are the same as the previous games, making it much easier for veteran players to recognize. The maps are beautiful, though with how it’s colored a lot of things get lost in it. like the player characters. I would have preferred a better contrast of the map and the interactable elements, though the auto quest feature helps with that a lot. The screen UI also feels very cluttered and confusing to me, and I still find myself getting lost in it.

Should you get this game? Yeah, you should, if you prefer more action goodness from your MMORPGs. The game has a good system and its only improved upon with the swap weapons and chain skills, And I think it fits better on mobile than PC because it makes it easier by making use of a gamepad layout compared to using a keyboard on PC.