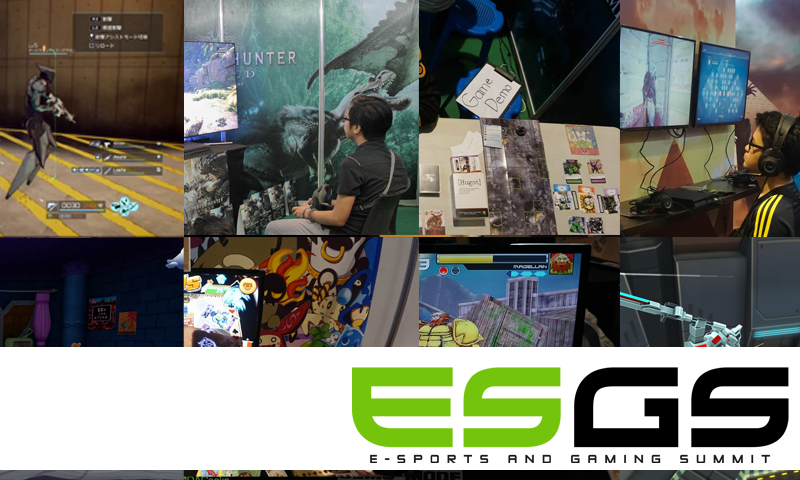 Its been 4 days since E-Sports and Gaming Summit 2017 ended, and I enjoyed every minute of my stay there. From the screaming of fans watching tournaments to the awesome games that were demoed at their booths. Here is my top 10 list of games I enjoyed most at ESGS 2017. 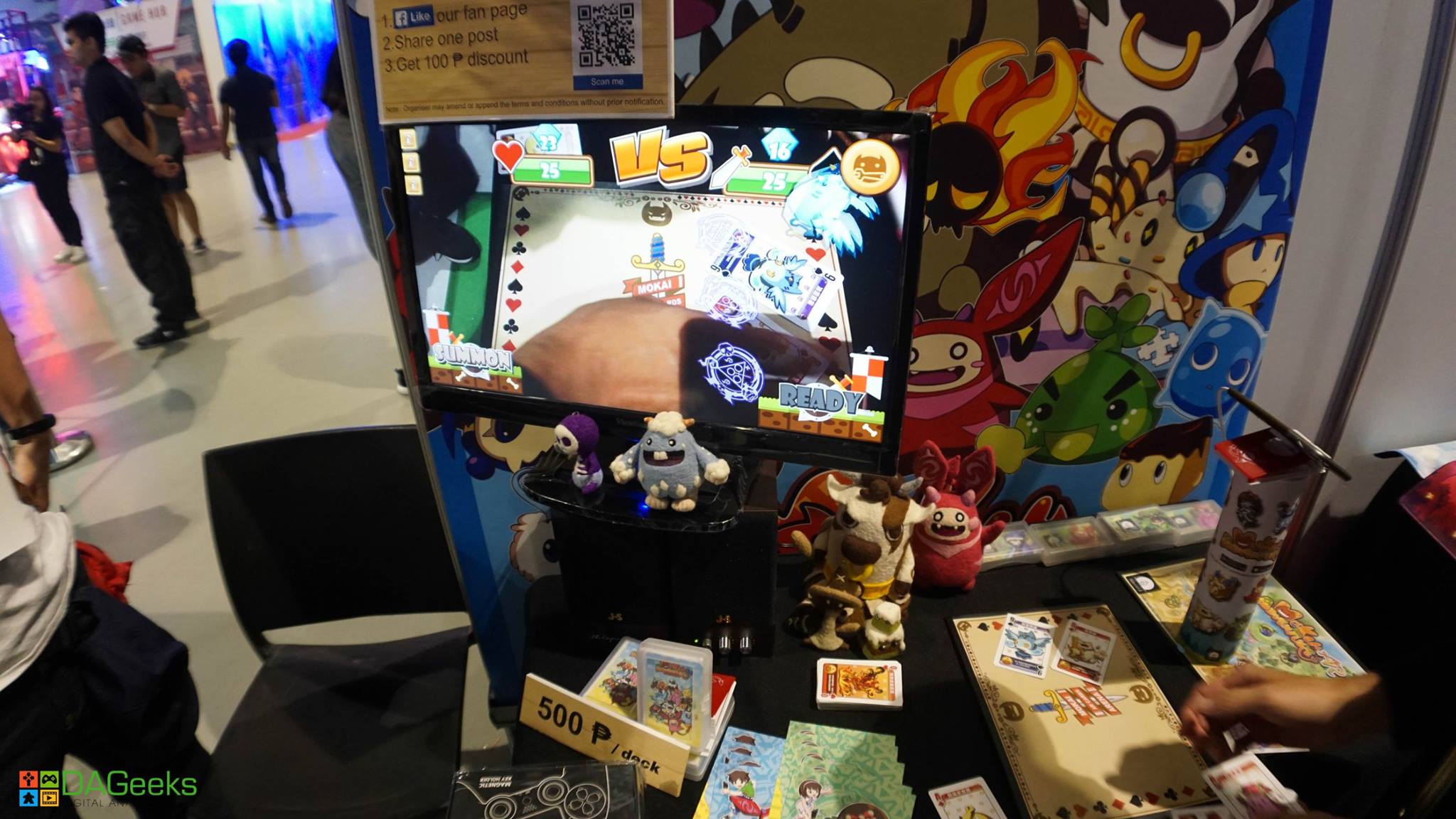 To start things off is the Mokai AR Adventure game. At ESGS this one really caught my eye as I roamed the booths on the first day. Despite the difficulty of communicating through words, was well made up for through their demonstration. The game requires a deck of cards and a playmat for the Augmented Reality to work. Two people can battle each other using said cards summoning monsters to do their bidding. First person to reduce the enemy to 0 life points wins. If you don’t have a friend to play with, then don’t fret they have you covered with mini games for single player as well.

Apart from this the cards can act like regular playing cards, so at the very least you can still play some analog games should your phone die. The thing I’m most excited for this really is the use of AR, that most other companies aren’t able to execute well.

You can check out the app here to know more, though you can’t really play the game if you don’t have the cards.

No Heroes Allowed is reverse tower defense game for the PSVR. In the game itself you are villain, at least I think so judging from the title of the game, playing some sort of tabletop game where you send monsters to destroy a castle on the other side of the map. It’s a really simple game in itself. You summon monster spawners that when put near each other can bring out some interesting new monsters, instead of the normal monsters they spawn when they are apart.

Personally I think the VR is unnecessary, and actually makes the game a bit harder to control. 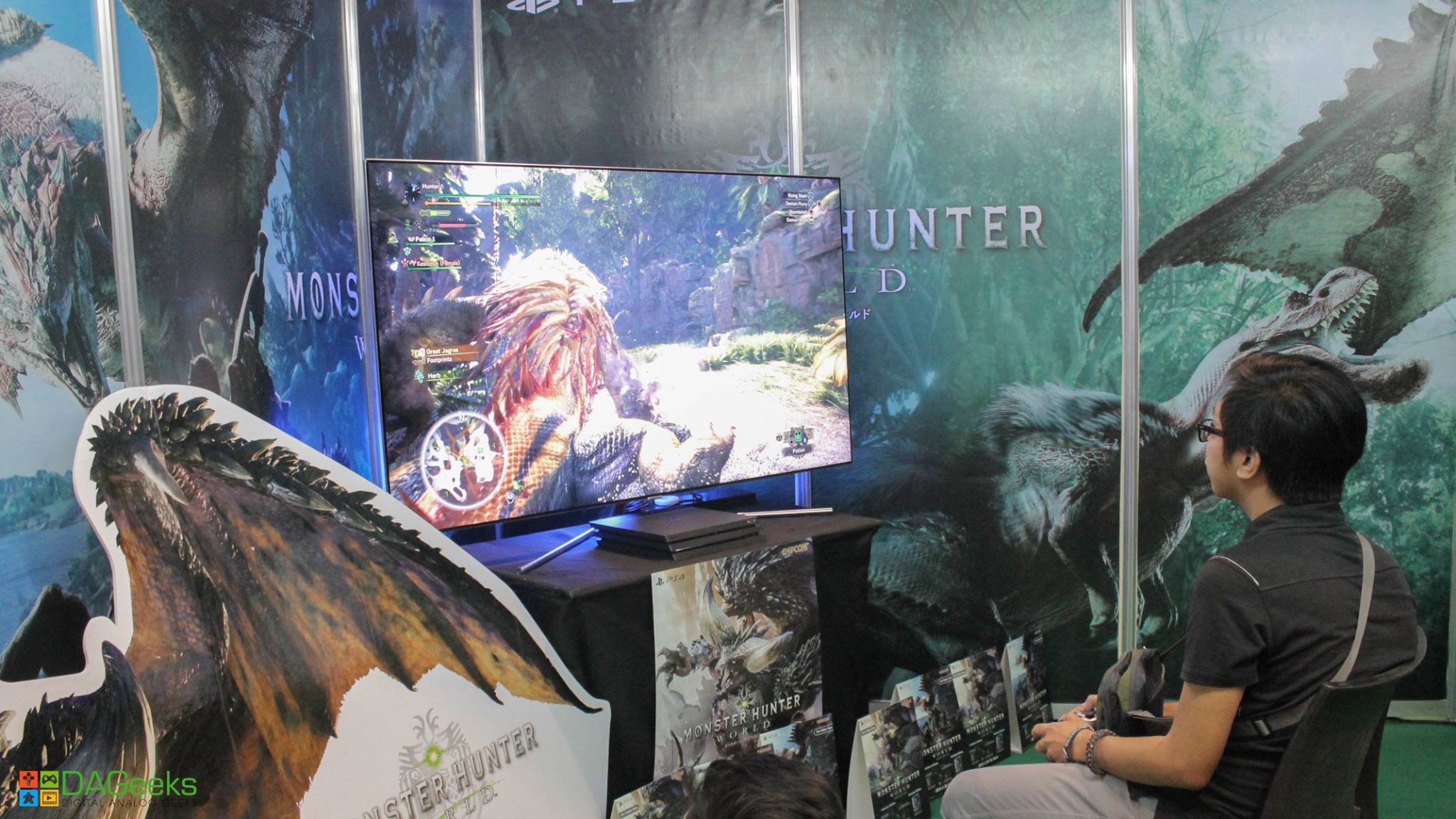 As some of you may know here at DAGeeks, our Editor-in-Chief is a big fan of the Monster Hunter franchise and has been looking forward to this game ever since they announced its release. I personally didn’t get to try the game out, but not for a lack of trying. The game lines were so long each time I wanted to try it out. I’m not a stranger to the series as well, and actually played the game on the 3DS. I love that they’re bringing that experience to the PC which should make it easier for online play with friends, because of the voice chat programs. 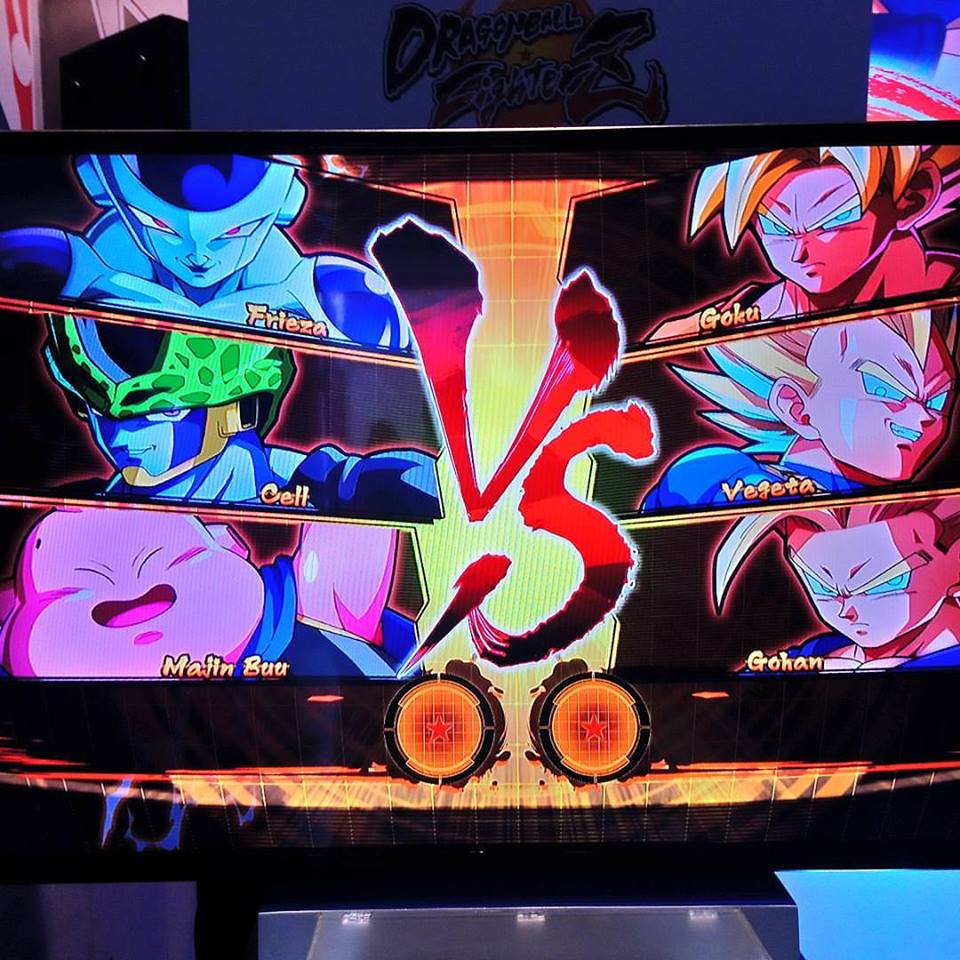 Sadly, I would have rated this higher in my list if I was able to play it properly. Unfortunately for me, The demo Playstation was bugged, but that didn’t take away from my experience. The game was fast paced, and it was easy to grasp the controls, and I was doing combos after a few seconds into the matches. Each character having their own signature moves, and move sets only improved my opinion of what I had of the game before I played it. 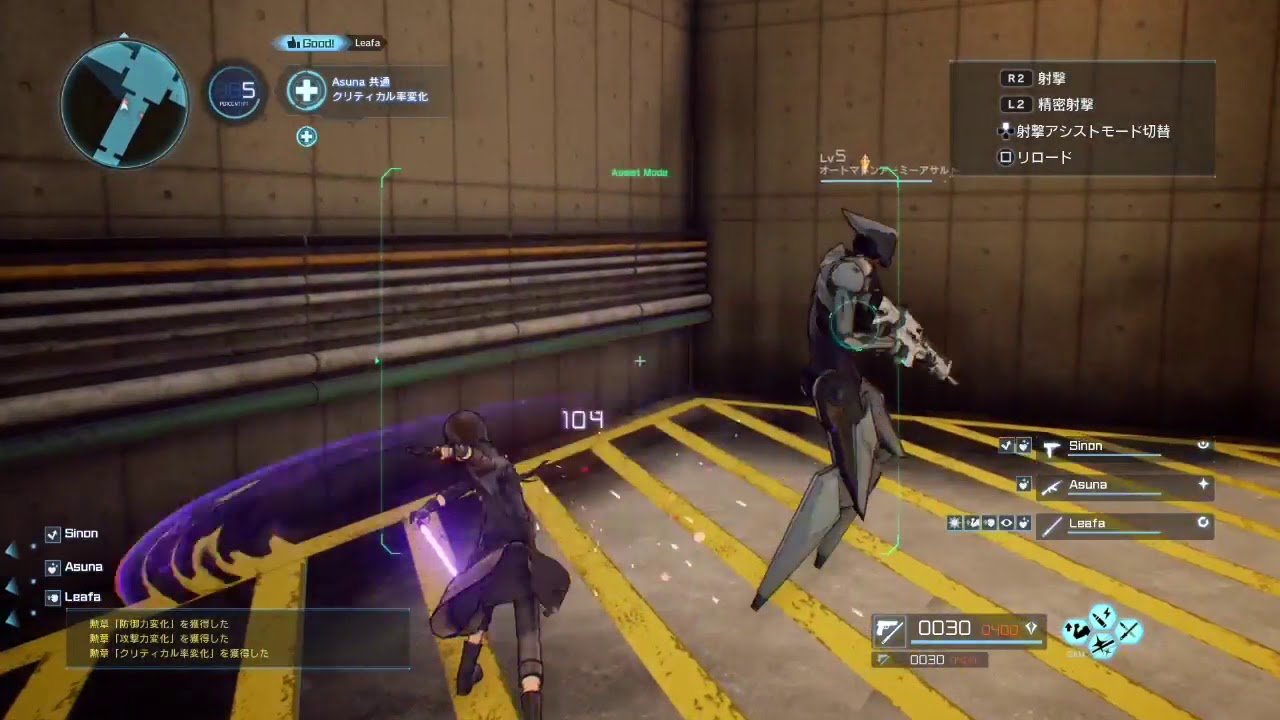 Sword Art Online: Fatal Bullet is a game based on the Third game that Kirito had entered into. This game is a Third person shooter set in the world of Gun Gale Online. At ESGS players were allowed to choose from using their own custom characters, or choosing from playing as Kirito or Sinon. I personally used Sinon, because I like being away from the action and taking out enemies before they can even get closer. As a shooter game I think it could have been done better. I feel like they tried to hard to make it different from other shooter games to the point that there was just too much information given to me. Though I’ve never really been a fan of shooter games on Consoles, I think those games should be reserved for Keyboard and mouse configurations. 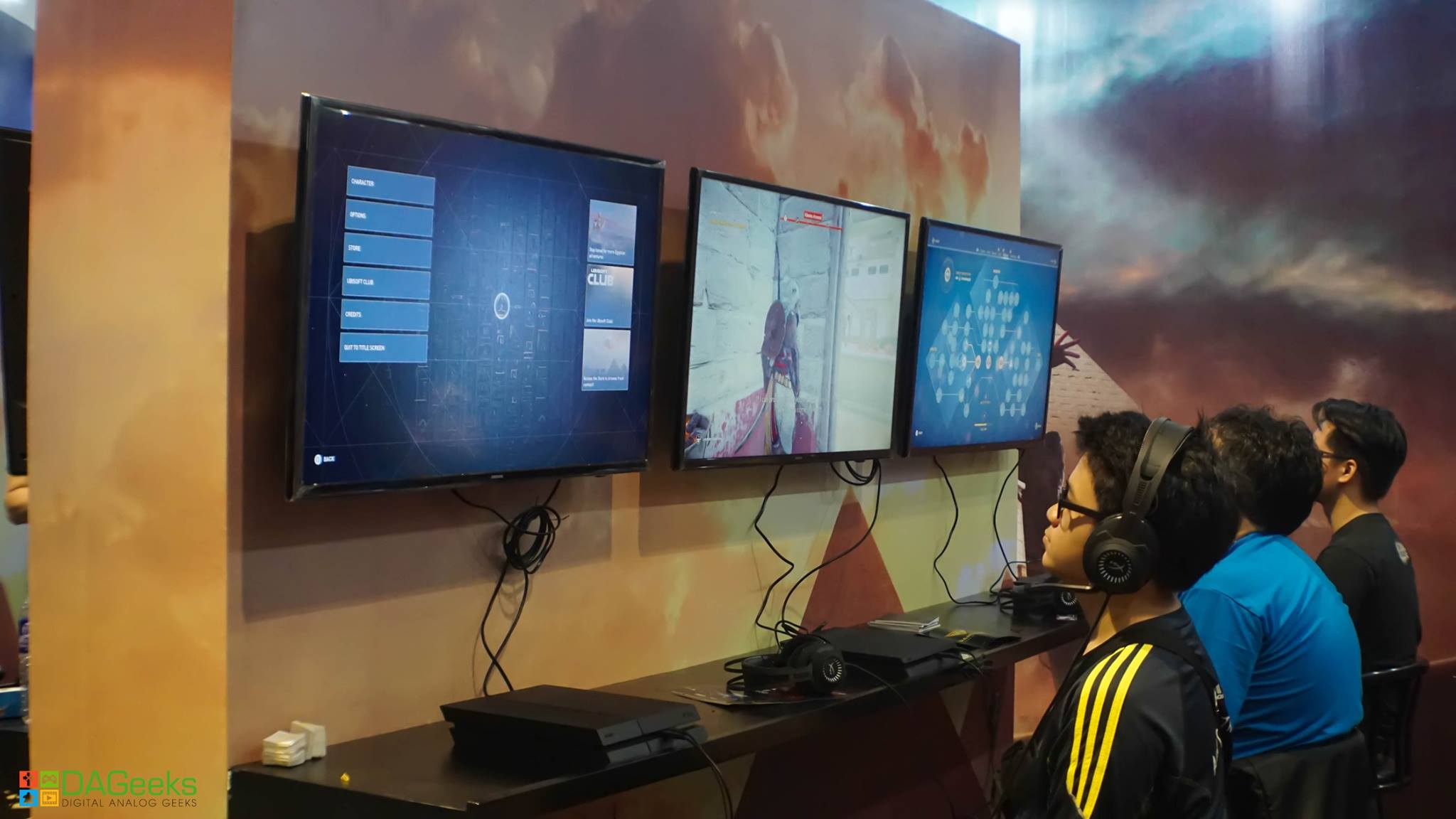 I’ve been a fan of the Assassin’s Creed series ever since I played Assassin’s Creed 2 following the story of Ezio Auditore. I even played games like Unity, and part of the Syndicate installment. Though I didn’t get to play, I did enjoy their booth nonetheless. The statues, and of course seeing other players assassinating. Only reason I didn’t play, was so that I wouldn’t be spoiled by whatever I would come across in the demo. 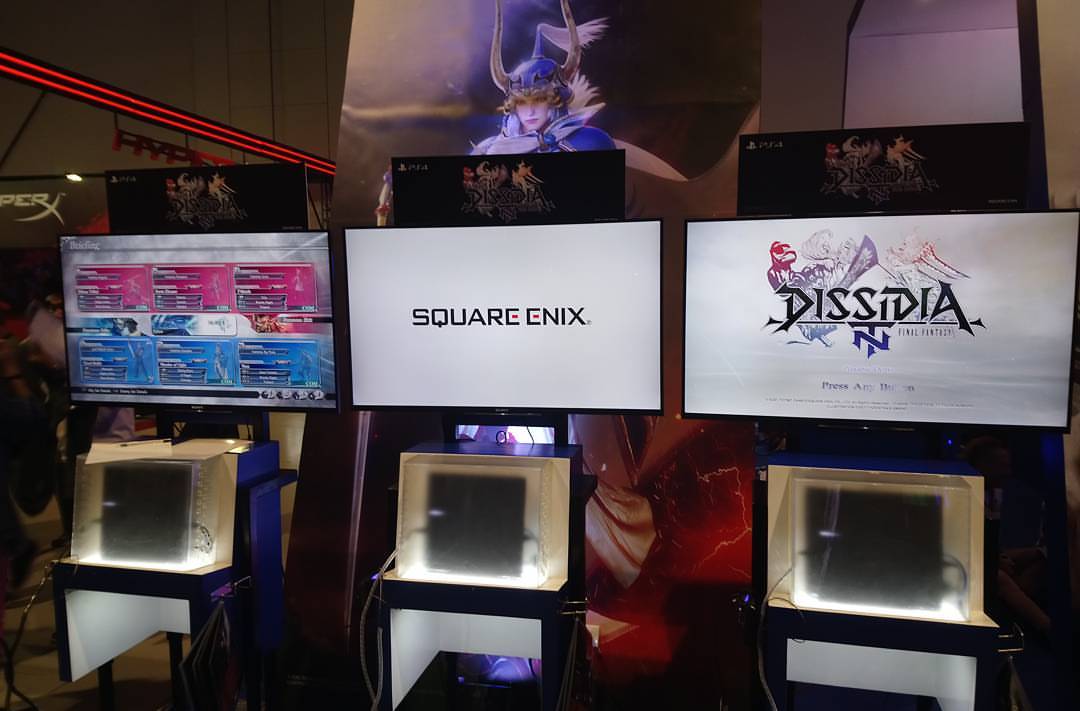 The Dissidia franchise, though I did miss out on playing one of their games, I would like to think I’m still a fan of the game series. In the game you are grouped with 2 other players where you fight to defeat them in combat. Players can strategize either by taking it to 1 on 1 battles, 2 on 1, or even a full on 3 on 3 team match. The controls were a bit clunky but nothing a bit of practice can’t fix.

I had trouble navigating the map and figuring out the controls, only because not even a button map guide was shown, and I had to take some time to figure out what each button did. By the end of the match I had a good grasp of the game and ended with the highest score among all 6 players involved in the match. 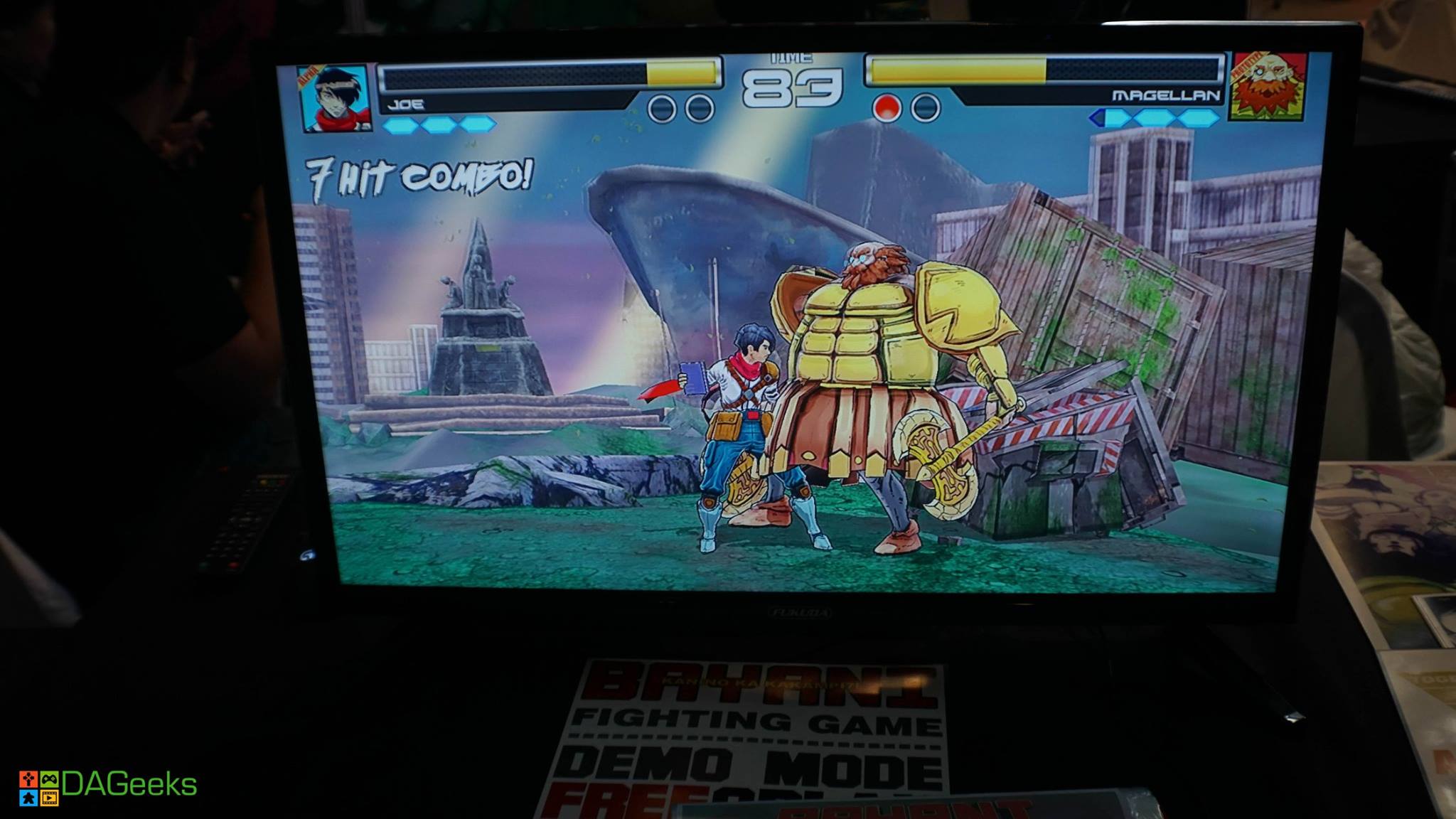 Bayani: Kanino Ka Kakampi? is actually a game that was featured at last year’s ESGS. At the time they only had 2 characters out, Joe Rizal and Andre Bonifacio. This year however they added 5 other heroes to that roster, these include Antonio Luna, Emilio Aguinaldo, Tandang Sora, Gregoria De Jesus, and Magellan. They have one other character that wasn’t included only because he was in development, and that is Apolinario Mabini. Haoson and I duked it out in some matches, I won some and he won some, and enjoyed our match a lot. I’m pretty excited for this game which I believe is releasing next year. 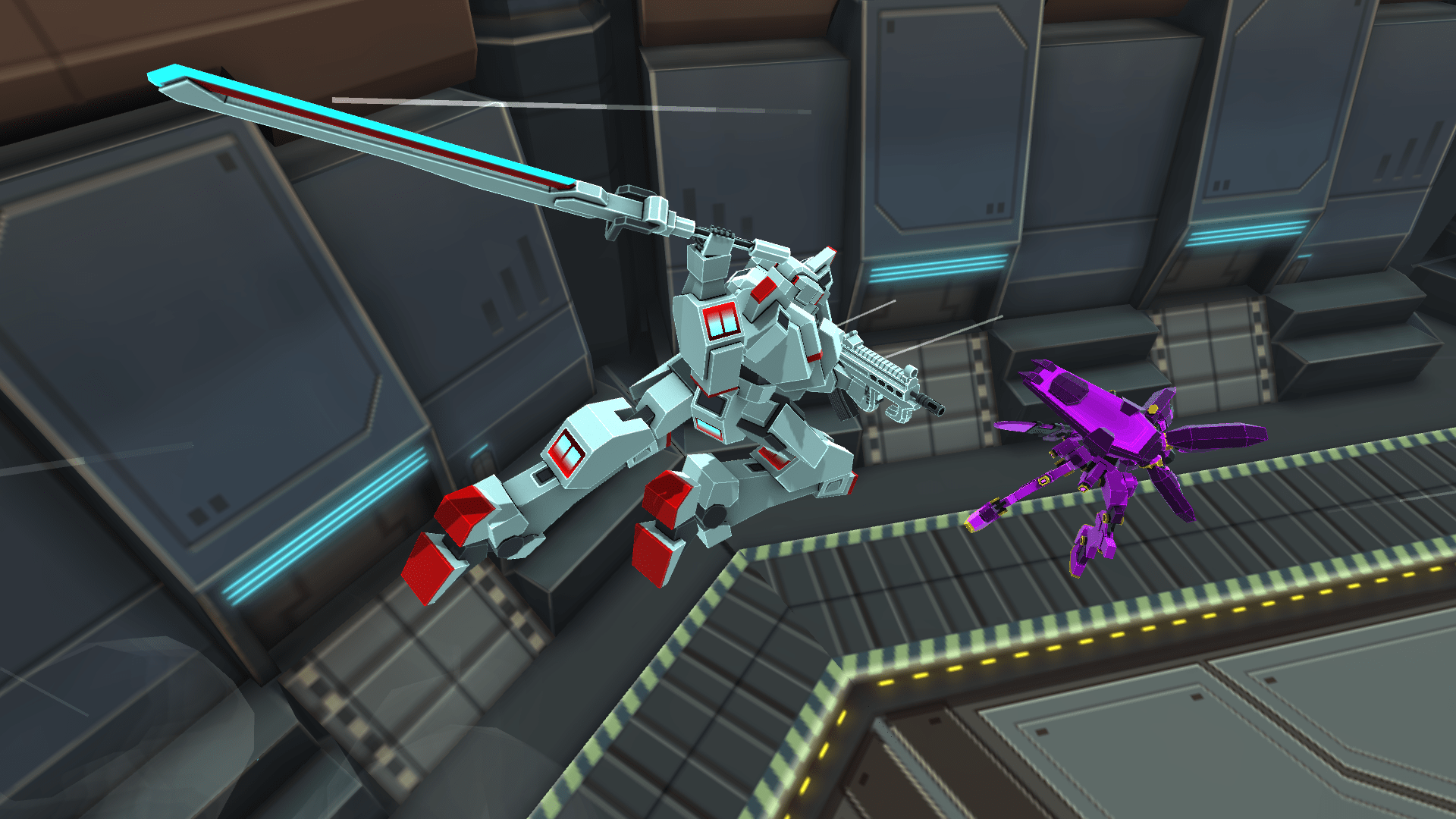 Do you like mech fighting games? If you do then you should give this game a try. In Garrison Archangel players choose their mechs and battle it out in an arena. Some Mechs favor guns, some favor swords, and some even favor missiles. despite still being in development, the game already has a following online. They even had a tournament despite only having only demo versions up online. The game has very simple controls, but a lot of depth. I tried their challenge of fighting an AI on hard mode, sadly I came up short and failed. 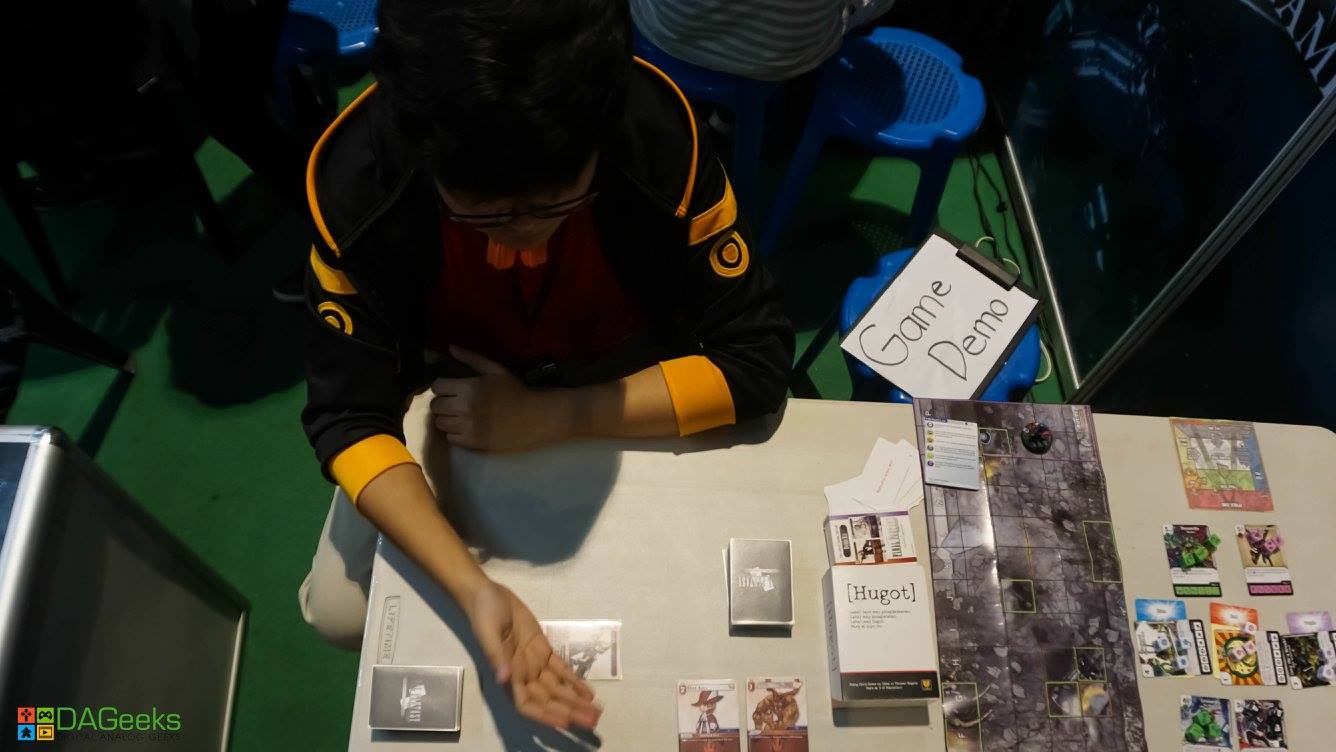 The top on my list is surprisingly not a video game, but a tabletop game. Final Fantasy if you have been living under a rock is Square Enix’s most popular RPG franchise, and now its been brought to the Trading Card games universe. Players battle each other playing Forwards, Backups and summons, in an attempt to be the first one to deal 7 damage to the enemy winning them the game. I bought an FFIX deck, and am enjoying the game so far. I’m still deciding on what kind of playstyle to go for, but I think i’m leaning towards making a deck of Water/Wind Elements.

This was my top 10 from ESGS. What did you think, do you agree with my list? let us know in the comments below.