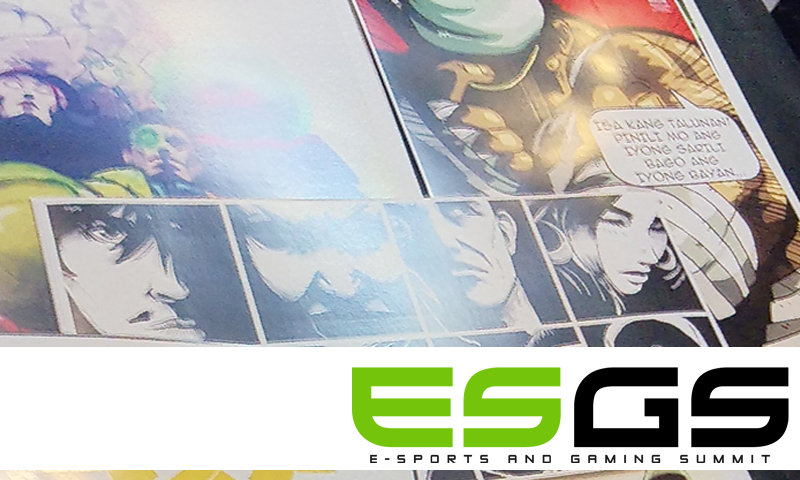 Since I was a kid I’ve been a big fan of our national heroes. And it’s sad that today’s kid’s aren’t even aware of most of them (hellooo, they don’t even know who Apolinario Mabini is). But anyway, one of the games that I’ve really enjoyed playing in last year’s ESGS. So one of the things I’ve bee-lined to this year was Bayani: Kanino Ka Kakampi‘s latest build.

So far the control scheme and the feel of the game hasn’t changed much. However I loved that the new characters  added a bit more moveset varieties that at least can change the game’s tempo and feel. I actually loved that Ranida Games added female characters’ Lolang Tsora and Oria, female historical characters that haven’t had much spotlight even in actual texts.

Considering the new characters, I love Lolang Tsora cause I can get away with cheap shots and spamming her normal attack then finishing things up with her special that looks like a reaaaallly…. slow ball. The ball can be used as a launcher or connect with her other moves increasing not just her combo hits but also pressuring opponents to jump over and let’s you narrow down their move to an expected jump.

Meanwhile, one of my least favorite characters in the new roster is Leon. Though I must admit that there’s a bit more biased (as I mentioned in the video below) Emilio Aguinaldo is the least of my favorite heroes. His control scheme is a bit clunkier than the other more agile based heroes. And he doesn’t hit as hard as the sturdier ones like Tonio. However, what Leon has though is a more utility based skill system, that allows users to zone people out during his “normal” form, and his otherwise, “powered up”, Armor form (which the design pretty much reminds me of King Arthur’s suit in King Arthur and the Knights Justice cartoon, even to the color. maaan am I old.) which not only opens up to stronger attacks.

Overall, the game feels like a more localized version of controversial fighting game, Fight of the Gods The game is currently in Steam Direct as we were told so we’re really looking forward for this game to come out and be released in Steam.