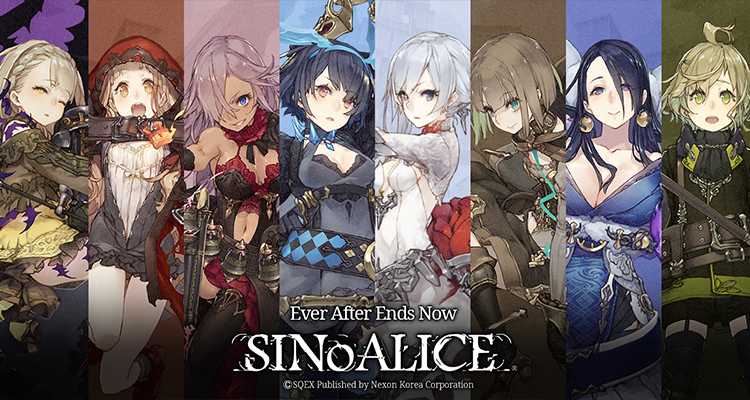 The Pre-Registration Period for Mobile Game SINoALICE is Now Ongoing

Nexon has announced that the pre-registration period for their upcoming mobile game, SINoALICE is now ongoing.

SINoALICE is a dark retelling of classic fairy tales within an unsettling fantasy world inspired by the game’s creative director, Yoko Taro (NieR: Automata). The game follows several popular fairy tale heroes as they work together to traverse dangerous lands, battle menacing enemies and solve mind-bending puzzles to save the storytellers that created their stories.

Launched in Japan in 2017, SINoALICE is the first mobile game from director Yoko Taro. The game has earned acclaim for its impressive character design, climbing to the top ranks in the Japanese App Store where it currently boasts a total of over four million downloads.

You can check out the pre-registration for SINoALICE on it’s official website. The game is set to come to the iPhone and Android platforms globally except for Japan, China, Taiwan, Hong Kong, and Macau. SINoALICE is rated M for mature, and is set to be released this June 2019. The website is also having a pre-registration promo where if the game hits their pre-registration targets, players will score in-game rewards upon the game’s release.

You can check out the game’s fanpage too for more information.