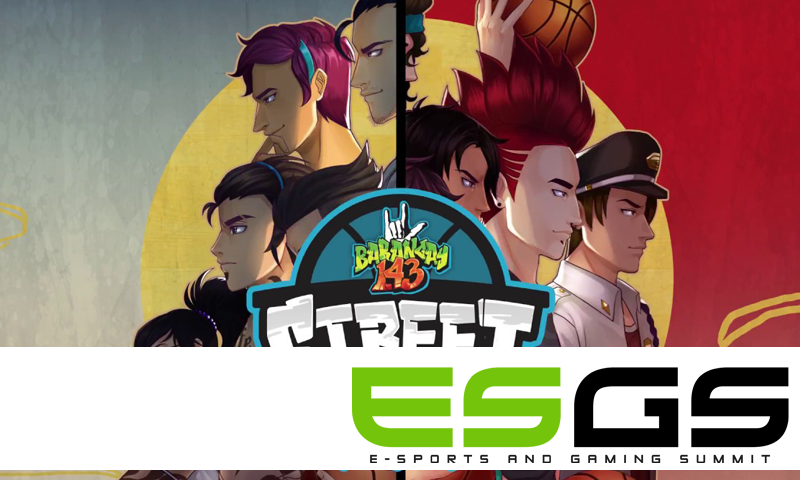 Undoubtedly the Philippines is a Basketball country through and through. With a lot of today’s youth getting into the basketball craze either through actual playing on the streets or digitally through various basketball themed games like NBA <insert year here> so it’s no surprise that a local game dev company would want to take a piece of the pie or in this case, make a play in the court to bring their own basketball themed game out.

Such is the case for Synergy88‘s app, Basketball 143 Street League.

In last year’s ESGS I stumbled across Basketball 143: Street League and never really took notice of it since there wasn’t much traffic with their area last year. However, with this year’s Synergy88 having a seriously bigger booth and their special press con during this year’s ESGS. It seems that the the game is targeting a bigger market than I never assumed it wanted to reach.

In a special press meeting during ESGS 2017 Day 2, members of the press, bloggers and some con attendees were given an inside look to what Barangay 143 is all about. And from what was released to us through the interview and Q & A that followed (seen below). Barangay 143 is more than just another run-of-the-mill basketball themed app, but instead is just a stepping stone to a bigger, medium jumping world.

The presscon revealed that Barangay 143 will continue getting updates, and that the initial game features will be beefed up as more “divisions” open up as the game continues to operate. Also, the android app serves as a prequel story for Wax as he learns new skills as he goes through the barangay level. The app also provides a link to the web comic which adds more story to Wax journey to become the best.

Meanwhile, it was also revealed during that the game will also launch an anime that would continue on Wax’ story. The anime is being made in collaboration with TV Asahi of Japan and that of August Media in Singapore on top of Synergy 88‘s efforts. No set date yet for the anime release, but it’s expected to happen next year. Also, there’s no set release platform for Barangay 143 too, but we were teased that a network will be picking up the anime.

I’ll be keeping an eye out on further updates for the game and the IP itself, so if you’re interested, you can head to the Barangay 143 app download page for the android.