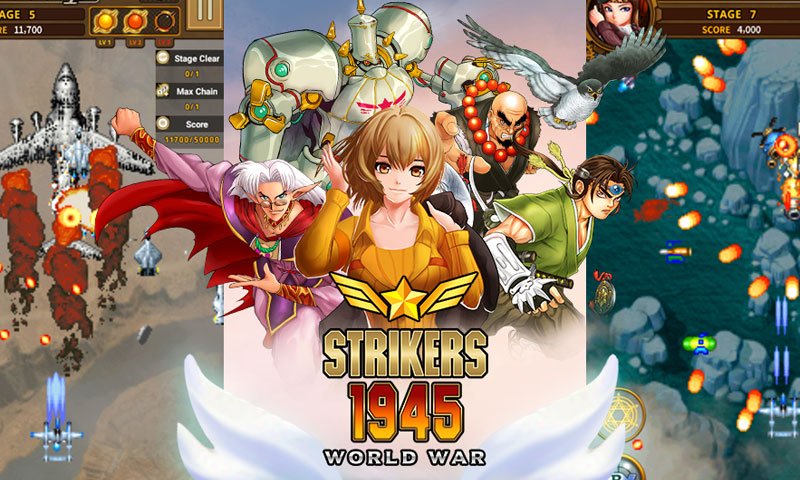 The long enduring Shoot ’em Up title, Strikers 1945 is getting it’s mobile version courtesy of APXSoft, the company also well known for other mobile shmup titles like Strikers 1999, Tengai and Gunbird 2.

Strikers 1945: World War’s soft release is limited to Canada, Singapore, and the Philippines and will be made available via Google Play. Though plans for an iOS release is underway, there has yet to be an announcement date for the release.

In the official brief the game is:

The mobile game combines the shooting combat and characters from Strikers Series, Gunbird and Tengai that has been known for almost 23 years now available on Android for 90’s veterans and aspiring heroes of arcade shooters. Recruit your favorite classic characters as “Operator” and conquer countless stages on different modes.

You can check out the release trailer below. Also, the game is currently giving free gifts to those who would log-in and play the game now.

You can head to the facebook page for more info on the game.