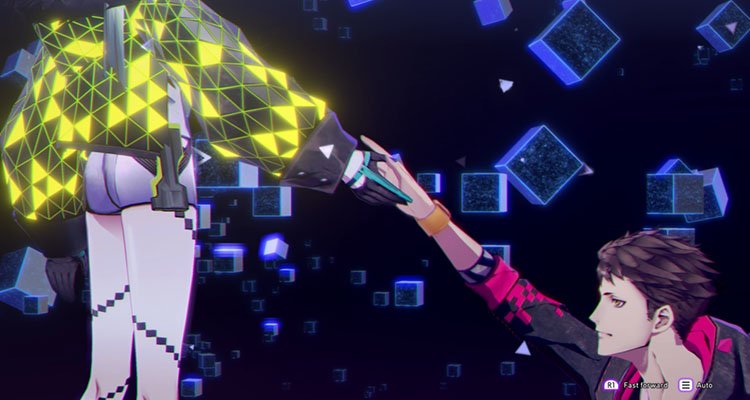 The sequel to the 1997 Shin Megami Tensei spinoff is here, and it’s looking quite sleek and sexy. While not as heavily anticipated as its cousins Persona 5 and SMT V, Soul Hackers 2 provides fans with that right fix of Atlusverse demons, anime philosophy, and classic JRPG realness. But is it good enough to burn your dread or are we just looking at a test run of the next big Persona installment?

The fact that it sports the name Soul Hackers 2 but has almost nothing to do with the first game, except for the standard demon compendium and the negotiations – it’s giving Final Fantasy levels of non-linearity. But it does offer a nice outlook on the franchise to have self-contained episodes with no pressure to follow up or build on previous titles – something originally thought for the Persona series itself. But spin offs like Arena, that plan has gone sideways by connecting them into their own extended universe.

The game is set in a cyberpunk Japan, leaning into the “hacking” aspect more with an edgy dystopian futuristic aesthetic. It fits the story of our main heroine – Ringo – and her sister, Figue (peep the fruit theme) being personifications of an artificial intelligence set to prevent doomsday, but it feels like it was mostly done to have everyone dress up in neon-lined fashion forward ensembles – which I’m not mad at as every major character design here looks amazing. It even extends to the tessellation grid visuals of the menus. After all, if an SMT game had to focus on just one thing, it HAD to be the aesthetics.

Dare I say it even looks better and more refined than P5 and SMT V with how detailed the environment textures are, which contrasts greatly from the cel-shaded character models. Every scene has a distinct grading, contrast, and color mood that really tells a story (and makes for great screenshots) even without context.

I’m not gonna lie. With how Ringo revives recently dead characters and recruits them to join her party to stop the end of the world, it feels like an honorary Valkyrie Profile game. And while most SMT games are inherently dark in nature, Soul Hackers 2 feels like the most graphic one as we interact with characters right after their very bloody onscreen deaths.

The AI Aion has been a silent observer of human history – something akin to a deity. With its highly developed intellect and prediction powers, it finds out that a forthcoming set of events will bring about the end of the world. As it cannot directly interfere with the world, it creates two beings to be its avatar to somehow change the outcome. The game then starts by showing us Ringo and Figue’s very quick births and mission debriefing and drops them straight onto their first mission – which they immediately almost fail as their targets are found dead as soon as they drop in. But thanks to their ability to “Soul Hack”, Ringo and Figue are able to connect with the just died nation, relink their souls to their bodies via contract, and recruit them and reverse the triggers that could lead to the apocalypse. 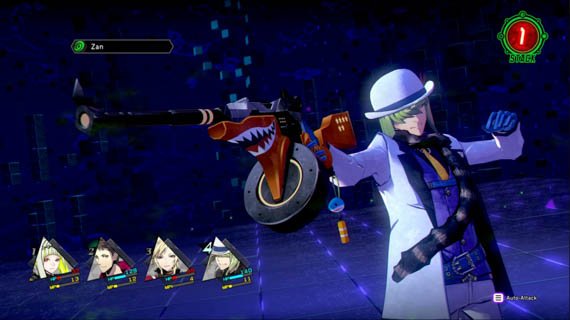 As SMT standards go, there’s a lot of philosophical talk and existential debates. Some parts feel confusing and sluggish as they try to explain these concepts to you via VN-style dialogue. The pacing may jar some people as it goes from college class discussion levels of slow to suddenly finding out that key characters have already died or that important events are already in motion, but all in all, the narrative is quite engaging. Ironically, it does tend to be a little linear as there is very little to explore outside of the main plotline.

Earlier I made a quick dig on this possibly being a beta for Persona 6, and the reason for that is that Soul Hackers 2 plays like a “simplified” Persona game. Unlike the previous Soul Hackers where the human characters and demons fight side by side, you can assign a demon to your human party members to be their “Persona”. In a way, it becomes a sort of “Pokemon by Proxy” kinda deal, which is great as you aren’t fixed to a certain kit per party member.

What it’s missing is the SMT staple ability to get extra turns by exploiting the enemies’ weaknesses. Instead, you get a number of “stacks” which will power up an All-Out attack when every party member has acted. Think Extra Attack from Fate Grand Order. It does get old pretty quick, but at least the game has a skip button. And just like FGO, Ringo also gets special once-per-fight commands that can turn the tide, such as increasing the stack count or swapping demons mid-fight. An interesting note is that, unlike past SMT titles, exploiting weaknesses doesn’t go both ways. Your enemies will never be able to hit your weaknesses, form stacks, or have extra attacks at the end of turns.

A new change is the Demon Recon system. When entering a map, your demons will scout the place for you and, like a development of Bidoof, you can find them in place of treasure chests, handing you items and money they found on the way before going out to scout again. This also replaces the classic Negotiation as your demons can now just scout new monsters and have you do the usual “give me X item/hp/money” recruitment, instead of the “recruit by luck during battle” dealings we had in the past. Some people may find that this makes it too easy, but I, for one, am glad that THAT particular RNG aspect has been done away with. 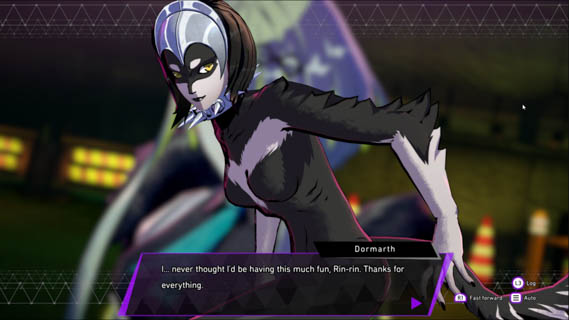 There’s a bond system for your party members that unlocks paths in special maps. These “bond dungeons” allow the respective party members to unlock their potential and gain access to certain skills regardless of who their equipped demon is. While that sounds fun, it’s a shame that it’s almost the same layout for everyone and it doesn’t have much in the way of gimmicky fights like some of the main story fights go.

Soul Hacker 2 is a serve, but it doesn’t serve quite as hard as P5 or SMTV. It’s hurt mainly by it feeling oversimplified with how story scenes, battles, and recruitments go. It doesn’t really offer much bite in terms of difficulty, you never really run out of money for anything,  and there’s barely anything to explore. I’m hoping DLC can spice up the bond dungeons or add more side stories that aren’t just fetch quests or revisiting old maps, because the game does have potential and it could be a great baseline for whatever comes next for Atlus. 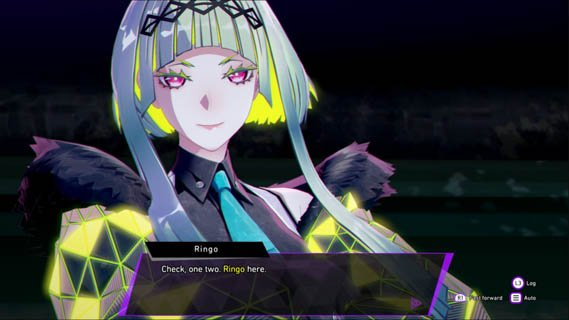 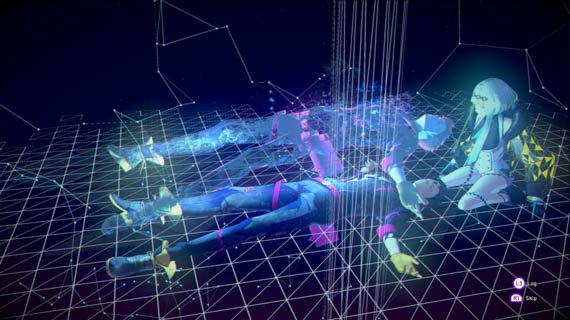 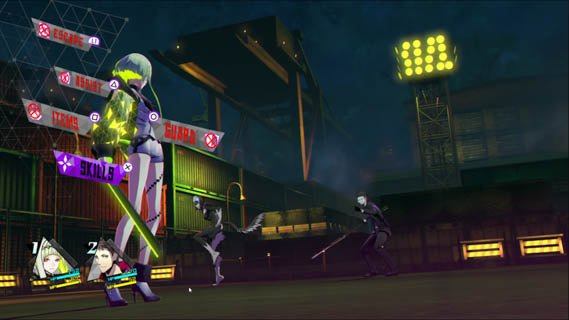