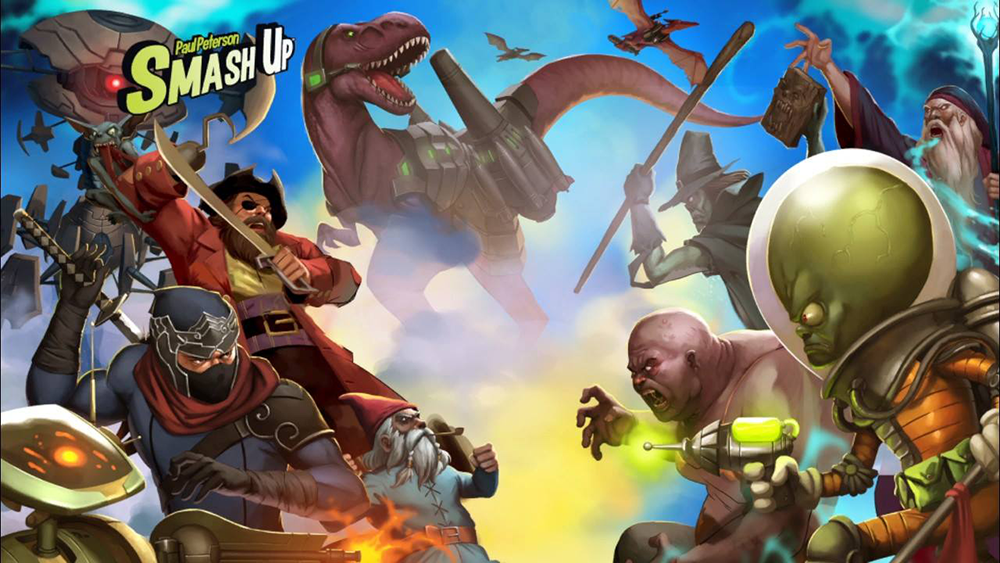 Smash Up: Conquer the Bases with Your Factions (PC)

Smash Up, by Alderac Entertainment Group or AEG for short has got to be one of my favorite games, when it first came out with its mechanic of combining 2 different decks to make OP combinations like the Zombie Robots, or the Alien Wizards. I would play this game with my friends multiple times throughout the day. The PC version however was not as good as I had hoped.

Smash Up is as the creators call it a Shuffle-building game of awesomeness, and for good reason. the base game can handle up to about 4 players at once. In the game players will choose 2 from the 9 factions to build the deck they will be using to play the game. The 9 factions include Wizards, Tricksters, Ninjas, Pirates, Aliens, Dinosaurs, Zombies, Robots, and Geeks.

Each have their own unique mechanic. Wizards can cast a lot of actions on their turns, Tricksters can mess up another player’s game, Ninjas can sneak into bases, Pirates with the use of their boats can abandon ship to other bases, stuff like that. The goal of the game is to be the first to reach 15 pts or the highest in case 2 or more players have reached the 15 pt mark.

They gain these pts by taking control of bases, with their own threshold, points given out, and abilities. The points will be given out once the power of the minions has reached or gone over the threshold. Points will then be given out based on who has the most power on that particular base. After points are given out, the base is broken, and a new one is drawn to replace it.

That’s basically the game, pretty simple right? The Digital release (by Asmodee Digital) however is pretty disappointing with how gameplay is executed, and overall optimization. My current laptop, Lenovo Ideapad320, isn’t exactly built for gaming, though it is able to run games like Tabletop Simulator, and One Piece Pirate Warriors at a very reasonable speed, and without lag or speed issues. 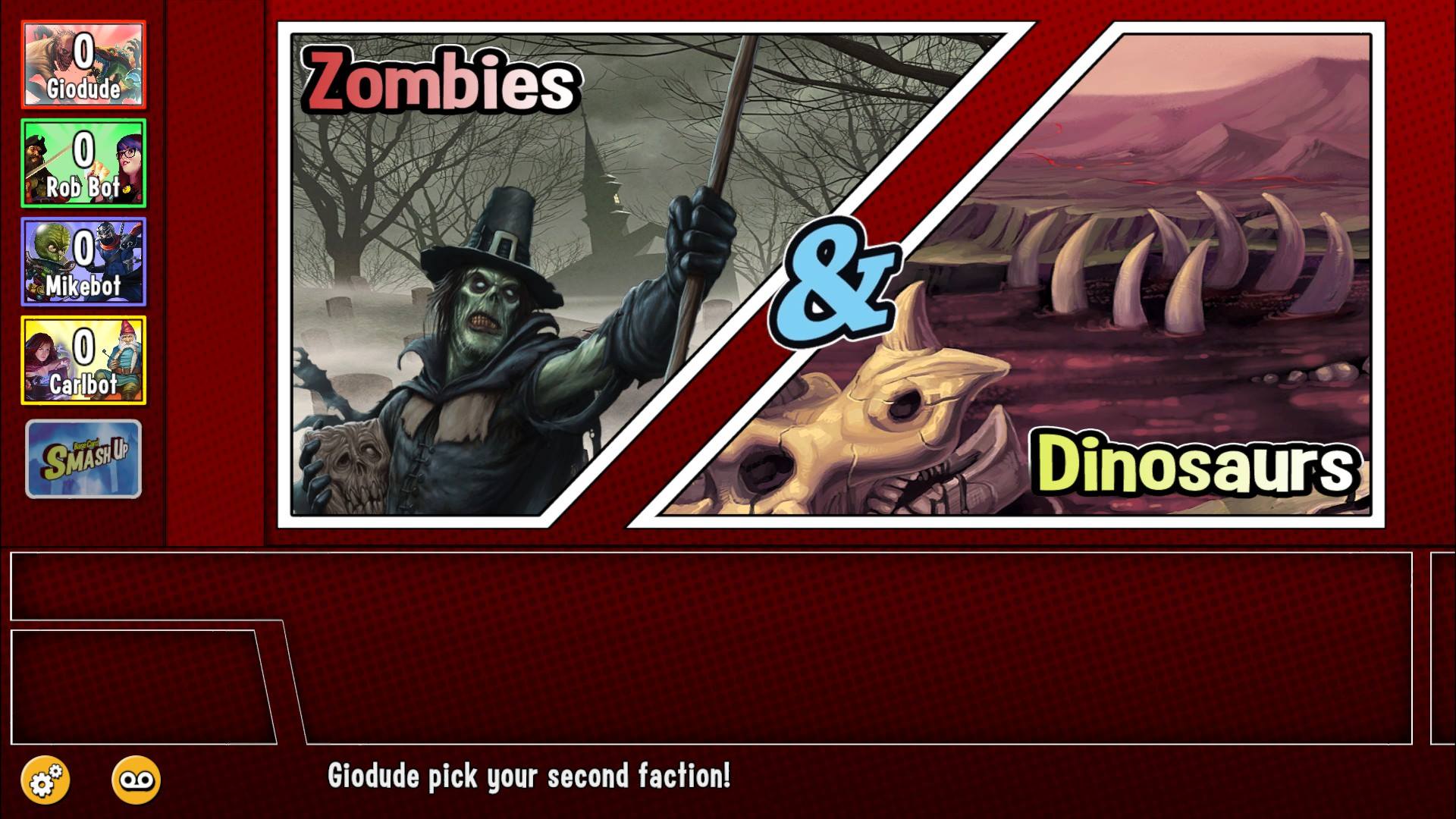 This game however seems to require more despite it being only a 2D game, and I even had the game set to its lowest graphics settings to try and help, it didn’t. The User experience also could have been better thought out, like instead of clicking buttons to play the cards, players could probably drag their cards onto the field to give a better feel that you are actually playing the card game, instead players are left with just clicking around the screen which isn’t what I expected especially since the game has been in development since the board game released in 2012.

Another problem I encountered their online game though this could be more on my slow internet speed, but I had trouble connecting to their servers. The AIs were pretty decent though, so not being able to play online isn’t so bad.

Unless you have a pretty good computer, don’t get this game. It’s highly unoptimized despite being a 2D game, and not just any 2D game a turn based 2D game. Online games function needs more work, as well as the user experience.

Frankly I think the game was released too early, and they could have done more work on it, since I don’t think the digital version of the game wasn’t being demanded much. I really do want this game to do well, as I am a fan of the card game, but I wont promote a poorly developed game just because I like the game it’s based on. Once they do fix these problems, and I hope they do, I would happily update this review to give it a better score.

Gameplay
Graphics
Sound
Controls
Replayability
Reader Rating0 Votes
The Good
It's Smash Up for the PC
The Bad
Slow, despite being put on low settings
Online game servers are hard to connect to
3.3