Warning: A non-numeric value encountered in /home/dageeks7/public_html/wp-content/themes/valenti/library/core.php on line 1457


A lot of you probably know this game’s brother on the PC. PlayerUnknown’s Battlegrounds(PUBG) Mobile is as it clearly states, is the mobile phone version of the popular PC game. 100 players jump down from a plane flying over an island filled with equipment, & cars. They will fight to the death until 1 team is left. As the game progresses, players will be forced together via the safe zone. Games usually last about 15-30 mins depending on how well the players will do.

I played the game on the ASUS Zenfone Max Pro M1, and had a very pleasant experience. As I started up the game, it was set to medium, which is better than what my current phone can do. The UI on the mainscreen is very simple, and easy to navigate despite the amount of buttons on screen. What wasn’t easy was trying to shoot while running. I had to use a certain claw grip where I had my index finger position right over the top left of the screen, which covered part of my view of the game. 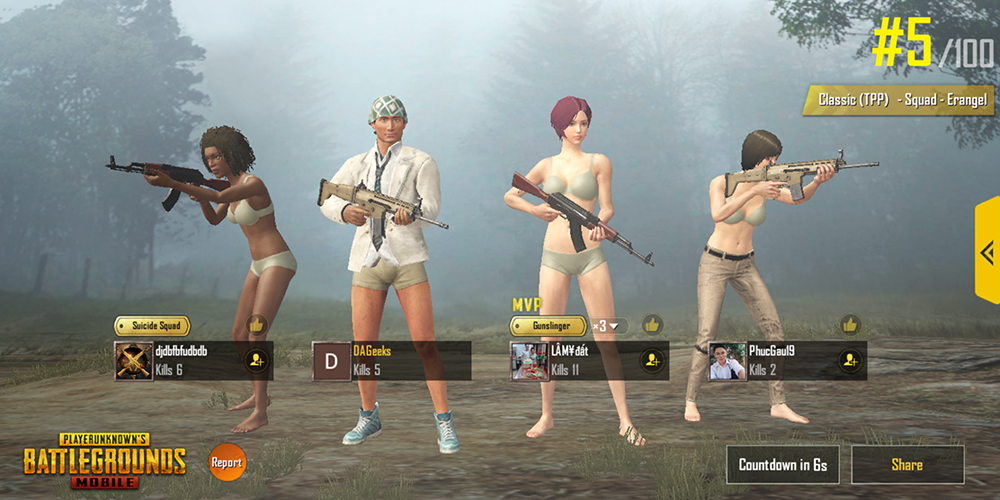 Another gripe I had was the  2nd shoot button near where people would normally place their thumb for aiming, and with my big fingers I would do desk pops very often which is pretty bad when you want to keep from being found by the other players. I did appreciate the auto actions like the  opening doors, picking up, and equipping items, makes it easier especially during the first few minute when players are racing to get weapons and kill the nearby enemies.

Outside of the gameplay there are missions, and achievements giving players other things to strive for apart from the oh so delicious chicken dinner.

The ASUS Zenfone Max Pro M1 can run the game on medium, and at a very smooth, and acceptable graphics. The screen like the games before makes it easy to see everything, with the phone’s specs the game runs very smoothly, even got a double S rating at the end despite being the 5th placer in a full man squad game, which makes me very happy.

The game offers what you expect, a mobile alternative to the critically acclaimed PUBG on PC, at the expense of some controls, and ofcourse graphics. The Initial button placements could have been better, though the game does allow for players to customize to their own preference.

There are also other alternatives like those mobile phone gamepads, or even those shoulder buttons that attach onto the phone, which is a downside for some players. All in all a good mobile phone version.