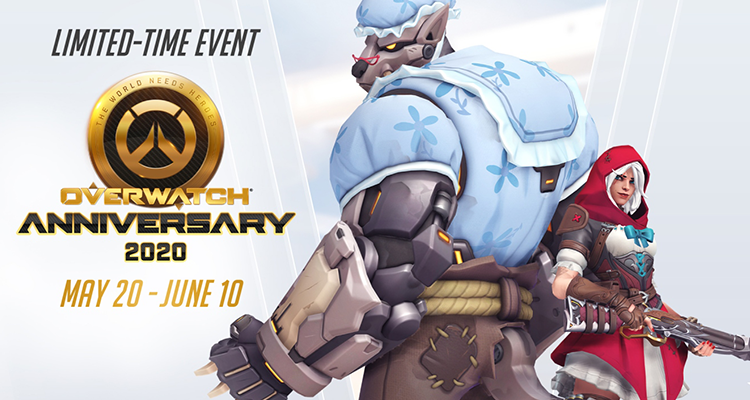 Overwatch is celebrating it’s fourth years anniversary this year and of course the new year comes with a series of events.

In light of this updated, all previous seasonal event brawls will be returning and all seasonal cosmetics will be unlocked. The events have been live since May 22 and will last through June 10. Players who login to Overwatch on PC, PS4, Xbox One, and Nintendo Switch to celebrate Overwatch Anniversary 2020.

Here’s the list of challenges that will be open during the Overwatch 2020 Anniversary.

After weeks of hard work and creative developing, artist across Southeast Asia have been ready to show the world their talent in the 2020 SEA Overwatch Map Design Contest. Now, we welcome all SEA fans to vote for your favorite art works. The top 4 most popular artists will receive the popularity awards! Check out the event site for more details.