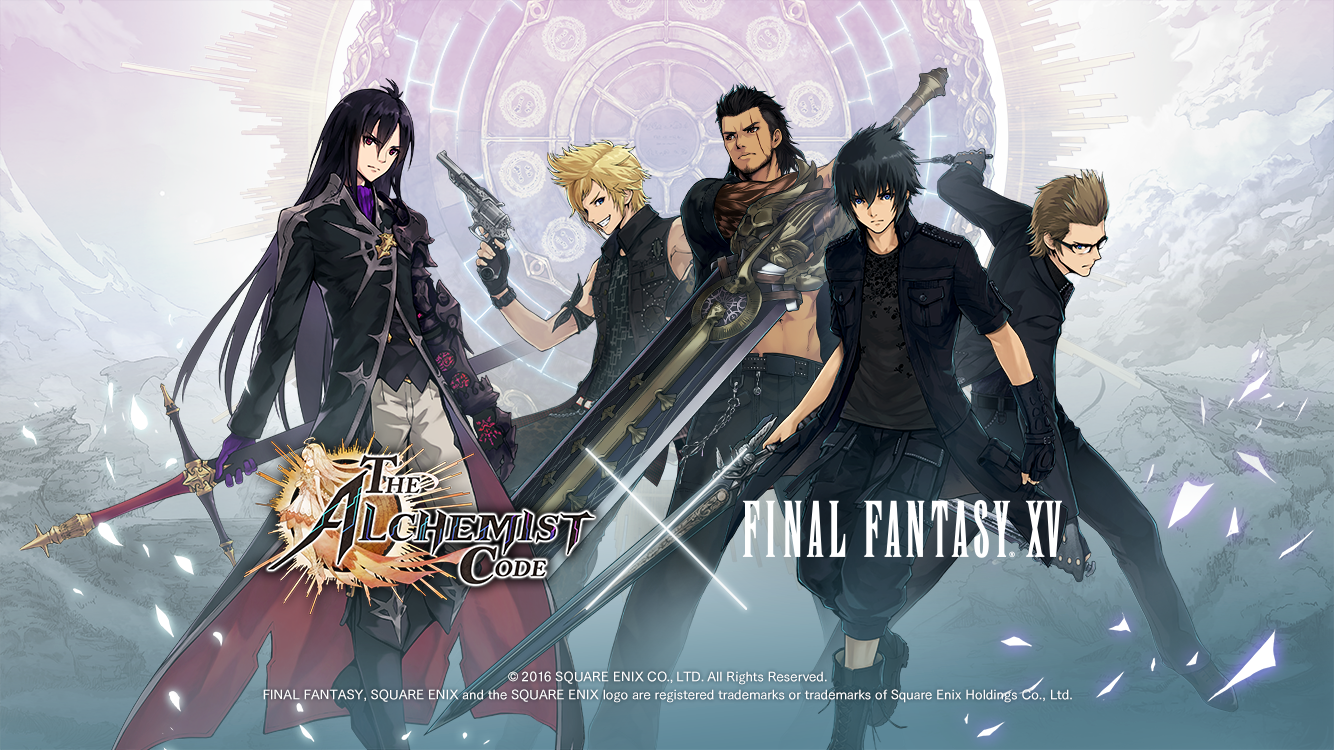 Noctis and Friends Joins the World of The Alchemist Code

Gumi Inc., in collaboration with Square Enix, has announced that Prince Noctis and his companions will be fighting in the upcoming Final Fantasy XV x The Alchemist Code collaboration! From July 5th to August 1st, take a ride with the main characters of Final Fantasy XV as they traverse the continent of Babel to escape their ruthless enemies.

Summon the selfie master himself, Prompto for free just by logging in during this event.

Players will also get the chance to summon the rest of the crew as well such as Gladiolus, Ignis, Aranea, and of course prince Noctis himself

While trying to escape their pursuers, the Magitek Infantry of the Imperial Army, the Crown Prince Noctis and his companions accidentally stumble into Babel. Uncertain of where they have been taken, they set about to look for help.

During this event, players will be able to transmute and summon iconic weapons and items from FINAL FANTASY XV, to unlock the Master Abilities of their respective characters such as Noctis’s Sword of the Father, Prompto’s Camera, Ignis’s Zwill Crossblades, Gladiolus’s Hardedge, and Aranea’s Stoss Spear.

The Alchemist Code is a free-to-play app (with in-app purchases) available through the App Store, Google Play and on the Amazon App Store.