Fans will be able to vote for the BanG Dream! Girls Band Party! band that they would like to have perform at their birthday party. The band that wins first place will be awarded with an original illustration of its band members on an overseas vacation, while players will be able to acquire in-game members from this illustration. It will also be used in original items created through TOM Projects that will be available for international purchase. 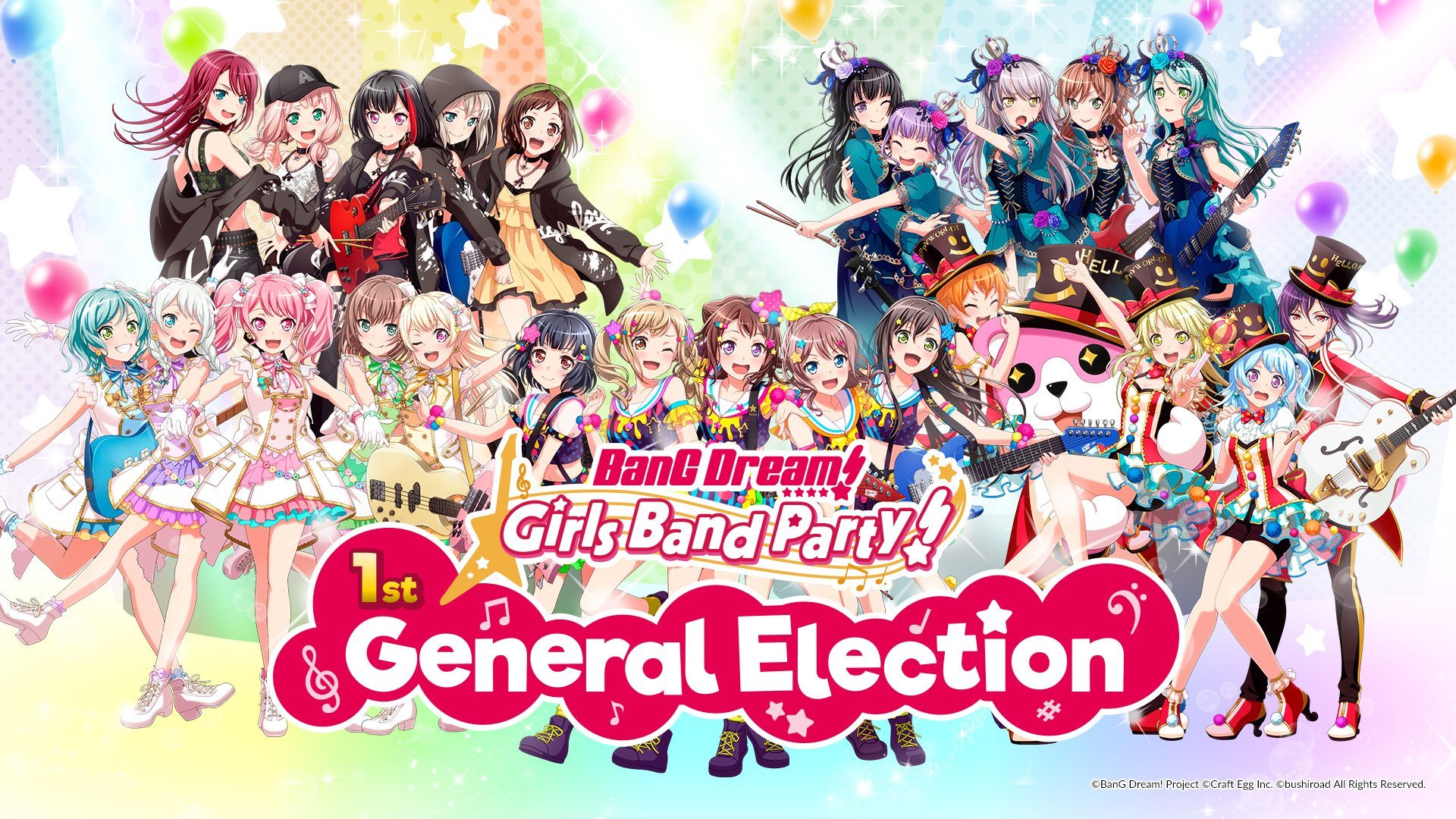 Voting will start on July 2nd and end on July 15th 11:59 PM (PDT) and the results will be announced on July 18th, 2018. Fans who tweet from the vote completion page will be entered into a lottery for a chance to win an sign board autographed by Aina Aiba, the voice actress for Yukina Minato of the in-game band Roselia. Three winners will be chosen and contacted through a direct message from TOM’s official Twitter account in August 2018.

BanG Dream! Girls Band Party! will have an in-game login bonus alongside this campaign. Both TOM and Bushiroad International will promote this campaign at their booths at the Anime Expo in Los Angeles, California.

You can find more in-depth information about the campaign here