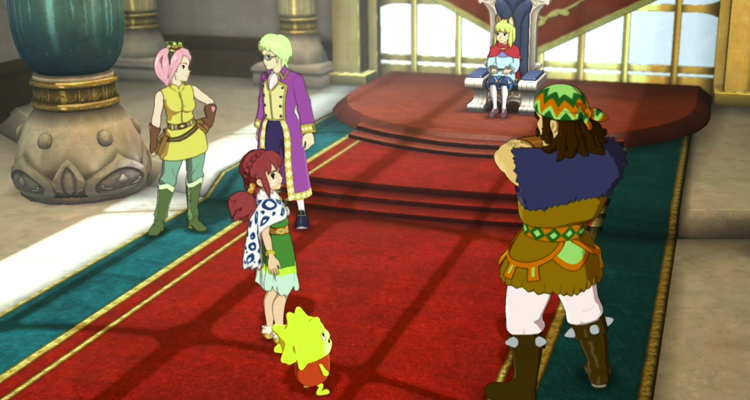 If you’re like me, you’ve probably spent the last ten years or so wishing for a reboot or a sequel or in the least a remaster of Suikoden. Well, rejoice and look no further. Ni No Kuni 2 is probably the closest thing we’ll get.

The game is about a young boy named Evan whose imminent ascension to the throne following the mysterious death of his father is interrupted by a coup. He is then helped by a mysterious man from another dimension. You journey with Evan as he amasses a band of followers and eventually build your own kingdom, while trying to help people around the world. It’s all very cutesy, whimsical, light-hearted and fantastic – as it comes with every bit of charm a Studio Ghibli production has – even when it carries some serious and dark undertones.

The graphics make me wish I owned a PS4 pro and a way bigger TV because, as far as cel-shaded anime style visuals go, Ni No Kuni 2 serves the best aesthetic on the console so far. I find myself pausing every time I enter new scenery – be it the world map, a town, or even the battle map. Each locale is breathtaking and exquisite in detail, and it never gets old every time I see it. I wish there was an option to play without HUD but I guess the developers didn’t want to cause genocide via visual nergdgasm. 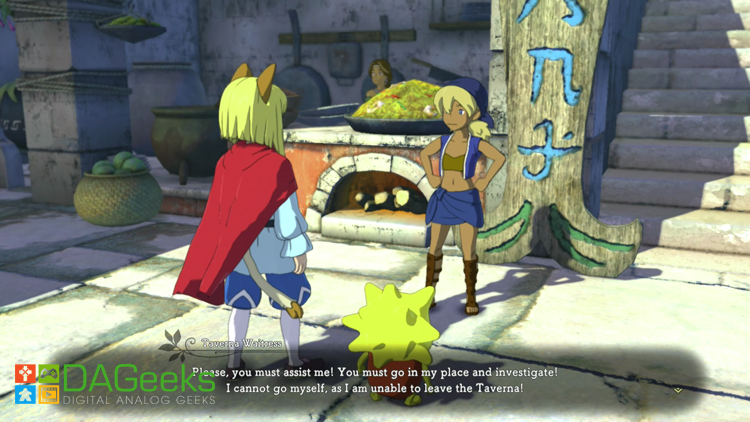 In terms of character design, Ni No Kuni goes the simpler approach with costumes almost on the basic side but still fantastic enough to make you fancy cosplaying them. It’s a traditional storybook cutout kind of design and, while lackluster in comparison to other games, brings out a lot of charm from the characters and the stories themselves. I’m particularly delighted to see the populace of Ni No Kuni‘s world as animal anthromorphs. 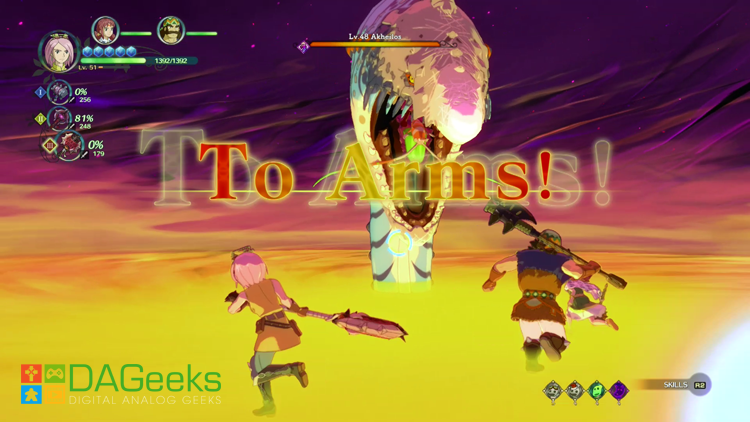 It has that classic Disney vibe that makes you feel like a kid again every time you see it – to the point where you don’t mind if all the characters in the game have very simplistic and linear idealogies. You are so immersed in the setting that this is a kid’s fairy tale world, and the graphics are just lulling you further into its sweet dream. Something remarkable though is that all of your characters have a lot of costumes to choose from – something I wish most current gen and nextgen RGs would adapt. It doesn’t really do anything significant besides changing your look, but the effort put into giving them various looks and models is very well appreciated.

In terms of gameplay, veterans may find Ni No Kuni 2‘s combat to be way easy – like a watered down Kingdom Hearts 1. There are combo variations and a lot of skills and attack patterns to learn, but the job can be done by simple tactical hack n’ slashing.  Something I like about the combat though is your AI-controlled teammates. Unlike most RPGs with the same team battle setup, Ni No Kuni‘s teammates are actually reliable in combat, and in most cases, actually help carry the player through most of the battles. The only thing I can complain about is the repetitiveness of it all. The battles don’t really change that much throughout the entirety of the game. The only real difficulty you will face is if the enemy is several levels higher than you. Otherwise, it’s something you can just mash through. 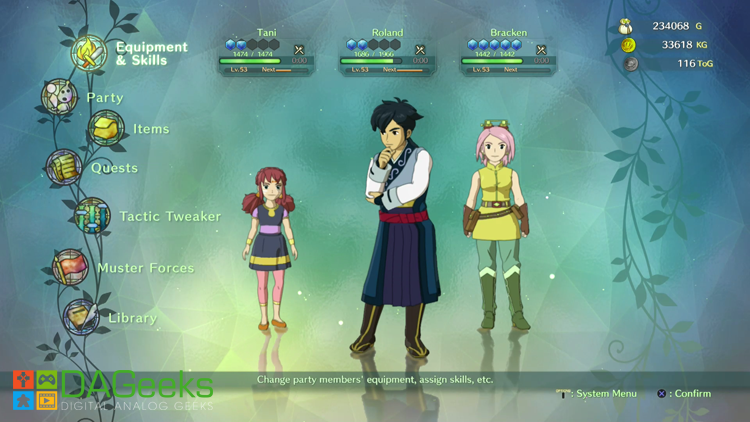 But the real beauty of Ni No Kuni 2  is in building your kingdom. Like in Suikoden, you get to recruit up to 100 characters into your kingdom – each with their own unique skills and stories to tell. What’s nice about it is not only do their own storylines contribute to the length and replayability of the game, but the level of their facilities in your kingdom contribute to how far you get into the game as well. For example, recruiting magicians for a building that enhances your spells is a basic necessity, but maxing out this facility will open up opportunities to learn spells that will unlock certain chests and hidden dungeons in the game. 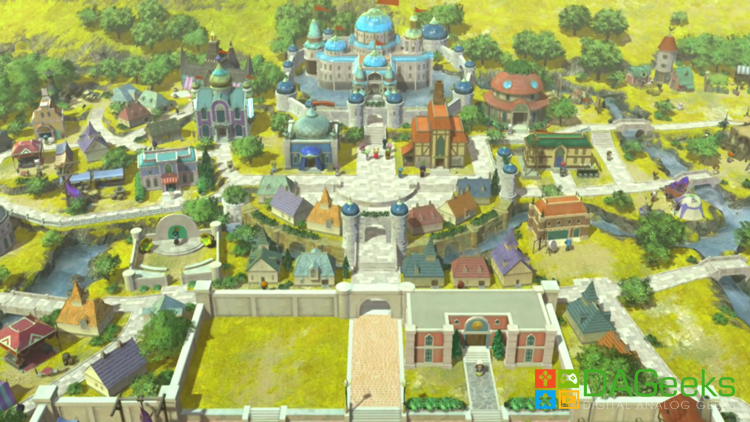 It really makes it a cohesive and communal experience as  a kingdom builder to know that anyone and everyone who joins actually contributes something major to your game, and is not just another piece in a collection. The same goes for all the items and loots you get. Each item is optimized as it can be used as materials for trading, crafting, recruiting, and completing quests. No single item has a single purpose and can be used to reach various ends.

But as much as I want to believe it, the game isn’t perfect. The plot feels kind of short and the ending unsatisfying and rushed. It jumped too many hoops but fell flat on its face in a hasty cut. Not that there were unresolved conflicts or anything, but it just felt that it could have and should have been expounded more. 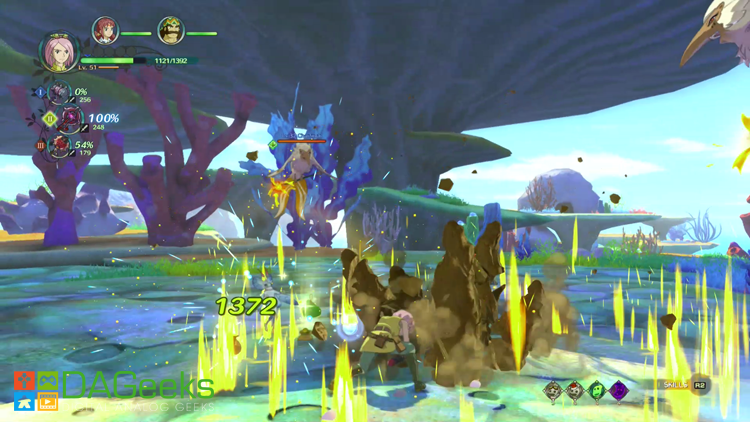 The story is also way too optimistic. I understand that the appeal is that it is as simple as a child’s storybook, but the innocence and simplicity of it all can only be stretched so far. That said, I also understand that the game was made easy enough for a child or a casual player to finish, but there are some extra endgame content made for the veteran players. The problem is said extra content still isn’t challenging enough, and is actually just higher level versions of the challenges you face in the main story. 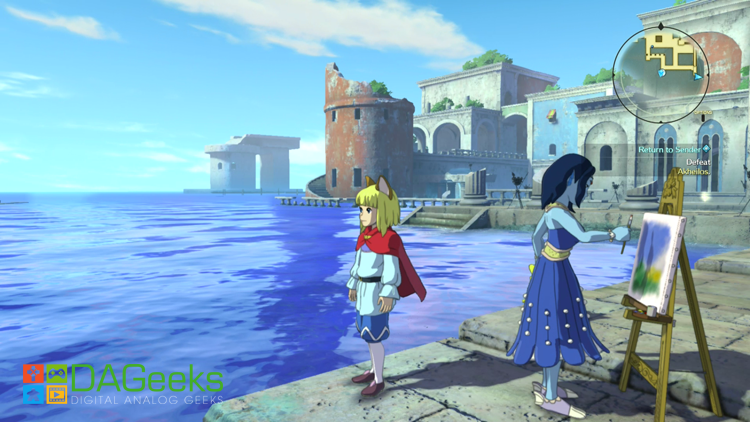 But don’t let all this turn you off. Ni No Kuni 2 is an otherworldly experience and I would recommend it to binge-play especially this summer. I couldn’t put it down and I was always charmed to see what was going to happen next. Something to look forward to is that this game was promised a season pass DLC containing at least 3 expansions which hopefully lengthens and expands Ni No Kuni 2’s world even more. 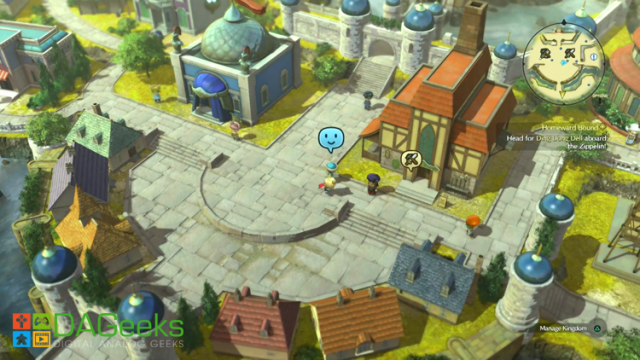 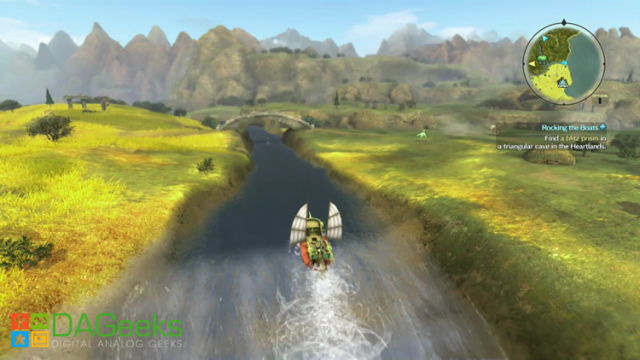 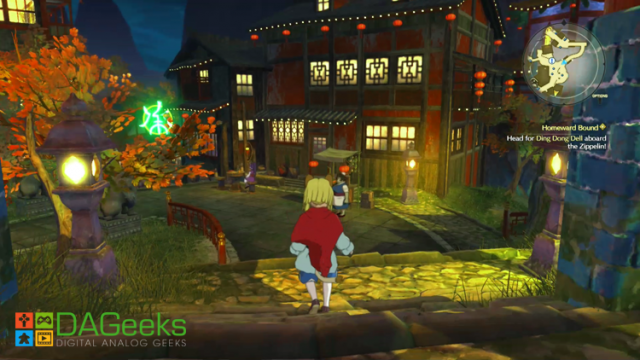 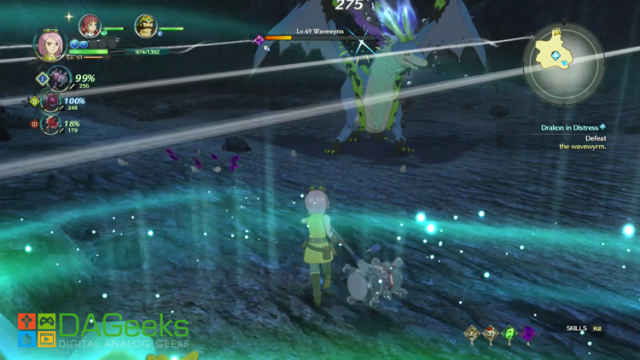