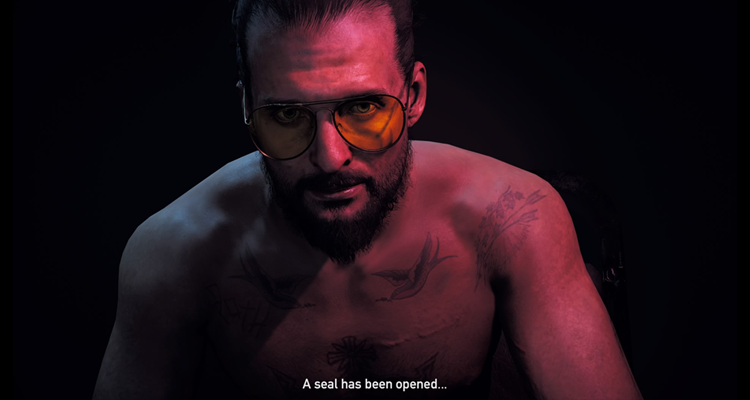 At first glance, Far Cry 5’s rural America setting may seem like a step back from Far Cry 3 and 4’s, Rook Islands and Kyrat, respectively. But don’t let the seemingly more idyllic setting mean there’s less action and mayhem to sow as you work your to your final objective. Nope, ladies and gentlemen, Far Cry 5’s fictional Hope County, located in the vast wilderness of Montana is every bit as dangerous as the previous two mainline Far Cry games’ locales.

The game’s story puts you in the shoes of a nameless deputy of the Hope County Sheriff’s department. In a series first, your character is a completely blank slate and everyone around you either calls you Deputy, Rookie, or any variation thereof. This opens up character customization, including gender during the game’s opening. Your mission here is to take down The Project at Eden’s Gate and its leader Joseph Seed, along with his lieutenants/siblings. After an attempt at arresting Joseph during the opening minutes of the game goes horribly wrong, you’re tasked with helping build a resistance in Hope County, rescuing your captured comrades and bringing down the doomsday cult.

It doesn’t take long before you’re thrust into Far Cry 5’s familiar gameplay loop of taking on story and side missions, capturing outposts, and slowly taking back territory from the enemy. You might’ve noticed that I didn’t mention climbing radio towers to reveal sections of the map, that’s because it’s absent here, with a supporting character even joking about that mechanic’s exclusion. It’s just but one of a series of welcome changes that nudge the player to take a more open-ended approach to playing through the game than ever before. 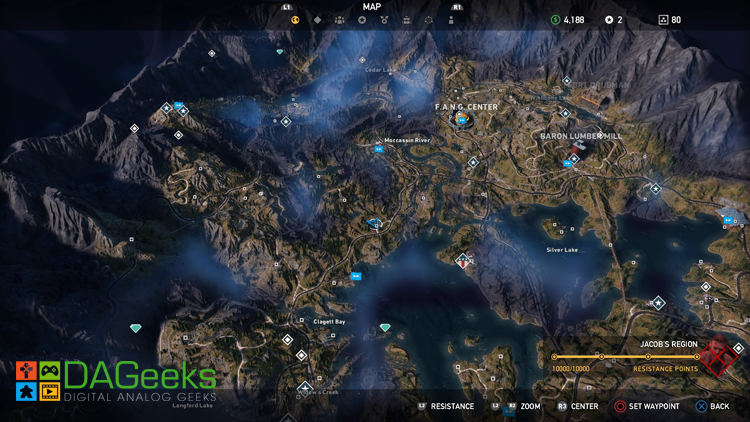 Once you’re done with the tutorial section, which lasts less than an hour, you’re free to pick a direction, start running, and take on whatever you come across. The freedom is refreshing compared to previous entries in the series. You can tackle the three main regions of Hope County in any order you want, with each story mission and anti-cult activity contributing to a resistance meter that eventually funnels you into a final showdown with each respective region’s lieutenant. It’s a satisfying cycle, and the freedom that you’re afforded right from the outset gives proceedings a more organic feel to them. The execution, however, trips, and falls flat on its face whenever it shoehorns you into a mandatory story mission with each new level of resistance you gain in every region. And no, you’re not allowed to opt out, as most of these involve you getting captured and finding your way out of whatever sticky situation the Seeds place you in.

This would all be a little more tolerable if the Seed lieutenants were written a little better, but what we get are mostly cartoonish representations of the charismatic recruiter, the scarred veteran, and… a drug fairy? Joseph himself gets a slightly better deal by way of being a mish-mash of real-life cult leaders Jim Jones and David Koresh (look them up!), but in light of far more charismatic villains like Vaas Montenegro and Pagan Min, he probably won’t be remembered as much as those two. It’s a bit of a shame, really, as there’s so much that can be explored within the premise of taking on a heavily-armed doomsday cult in the middle of Rural America especially in these turbulent times. We’ll get to more of that in just a bit. 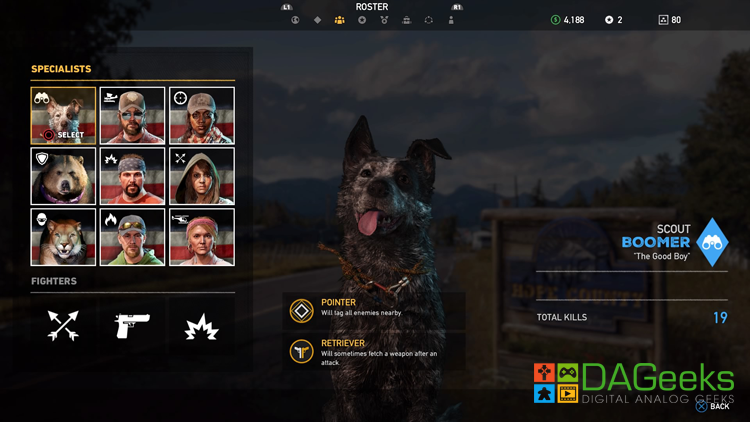 Past Far Cry experiences have mostly been solitary experiences, with the occasional bouts of co-op, or in Primal’s case, tamed animal companions to keep you company. Far Cry 5 introduces the Guns For Hire system, allowing you to take up to two AI companions with you for most missions. These range from random civilians with varying weapons and unique NPCs called Specialists. These companions range from the foul-mouthed archer Jess Black to a diabetic grizzly bear named Cheeseburger. Even Hurk, love him or hate him, makes a return  from previous Far Cry games, but as an AI-controlled specialist. There are nine of them scattered throughout Hope County, and bringing them to your side involves taking on a recruitment mission or two. From there, you can switch between them on the fly depending on the kind of approach you want for a mission. Those in need of a more human kind of companionship will also be glad to find out that the entire campaign can be played cooperatively. Be warned, though, progress is only saved and carried over in the host player’s game. So, if you’re jumping into a friend’s game to help them out, know that you’re not getting much outside of the sheer joy of blowing stuff up with a friend. 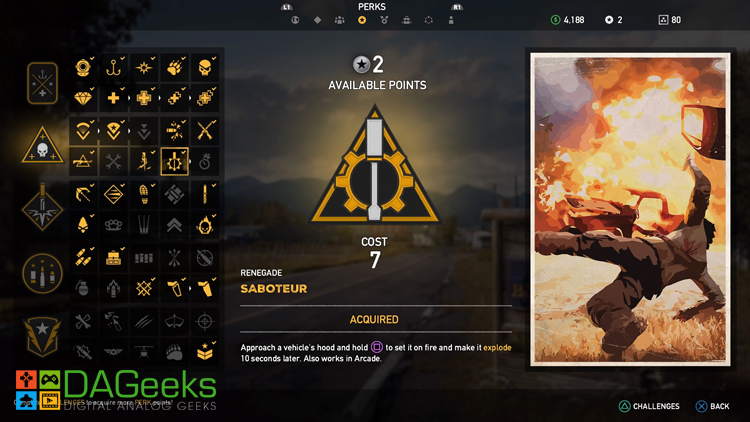 Character skills and progression are also handled differently this time around. Gone is the experience-based system of previous Far Cries and in its place are perks, which combines  inventory upgrades and skills into a single page and are purchasable through perk points. These points can be obtained through completing in-game challenges and finding survivalist magazines hidden inside doomsday prepper stashes. Don’t worry, hunting is still present, but it’s now mainly for earning cash and working towards completing challenges. 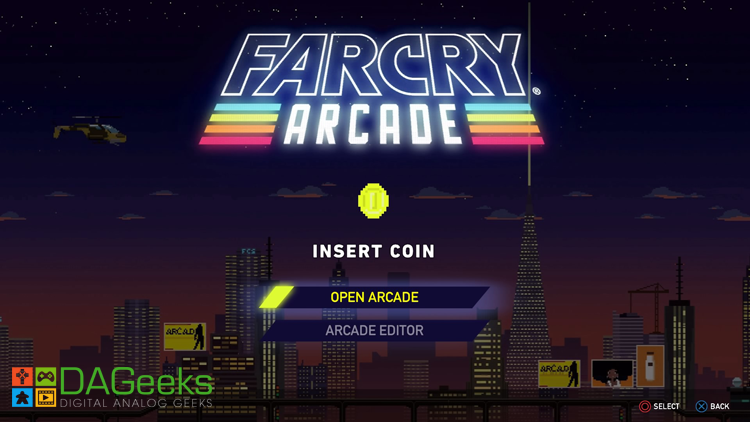 Lastly, if you’re looking for a diversion from the main story or are looking to earn extra perk points outside of looting prepper stashes, there’s Far Cry Arcade. It’s both a multiplayer hub and a portal to user-generated content. The tools are robust, and elements from Ubisoft’s other open-world series such as Watch.Dogs and Assassin’s Creed are there for you to play around with. Competitive multiplayer in Arcade feels like a bit of an afterthought, but we can’t wait to see more creations from the community down the line. 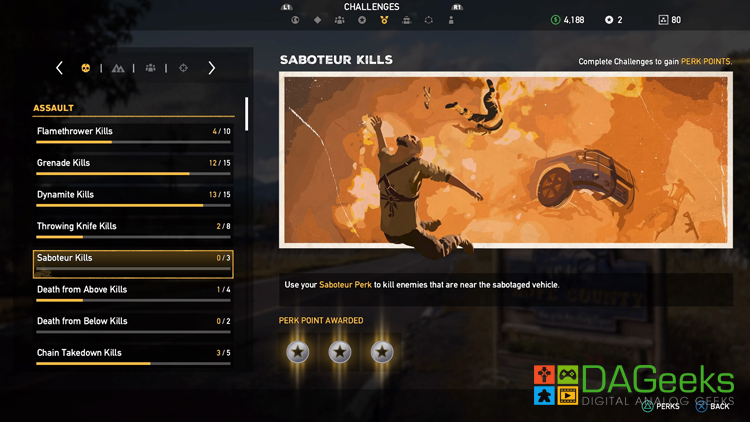 As an open world sandbox, Far Cry 5 and its refinements on the formula shine when you’re out the world figuring out the next thing you want to blow up or liberate. Its overall narrative, however, leaves a lot to be desired. For all the boldness of setting the game in Rural America and putting a militarized doomsday cult as the central antagonists, one would think there’d be a lot for the game to say in terms of issues like religion, government, and the proliferation of ridiculously high-powered weaponry among the civilian populace. It’s a shame, given the real-world inspirations and current events the game draws from. The only saving grace is the cast of mostly relatable friendly NPCs littered throughout the story That, coupled with the unwieldy handling of its mandatory story missions, Far Cry 5 feels falls short of selling you a gripping story that you’ll want to see to the end. But when it comes to everything else, Hope County is fun, bullet-riddled, explosion laden playground. 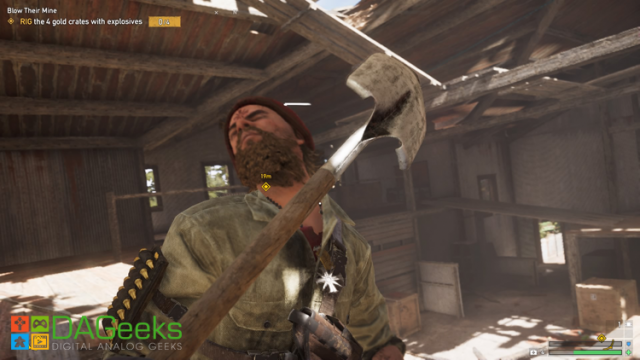 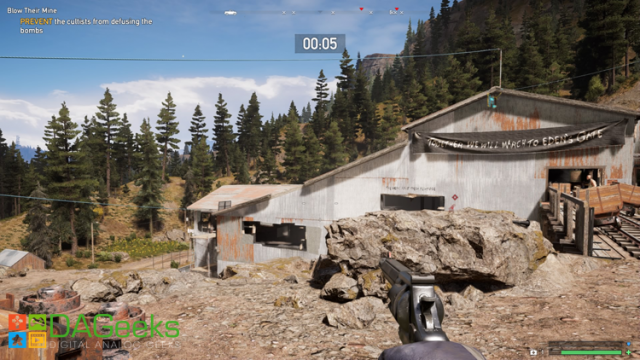 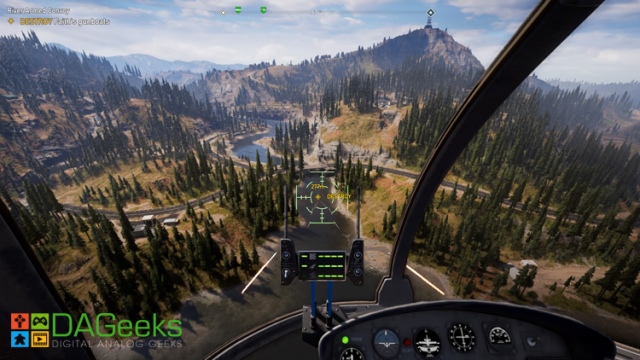 Story
Gameplay
Sound
Graphics
Replayability
Controls
Reader Rating0 Votes
The Good
Expansive map, organic exploration and sense of discovery
Guns-for-Hire system more than makes up for co-op when it isn't available
Challenges encourage you to mix up your loadouts and play style
The Bad
Weak story,barely compelling villains
Story missions that yank you out of whatever you're doing
Dumb-as-rocks AI
4