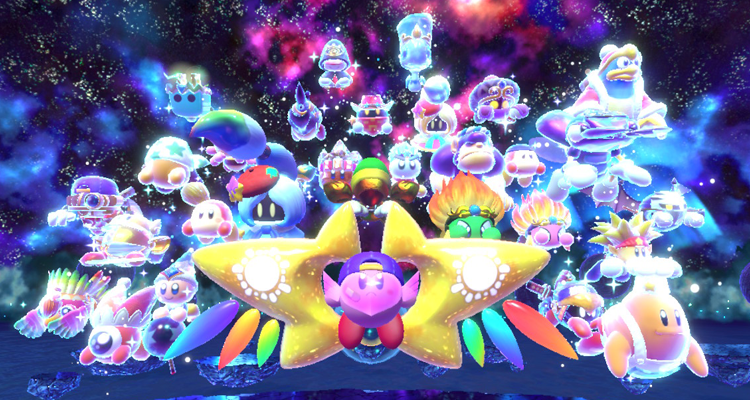 Kirby Star Allies like almost all the previous games before it is a platformer/action/adventure game. 4 Players will take control of the pink puffball named Kirby, and his star allies and save Dreamland and the rest of the galaxy, but this time with the help of his foes from before. 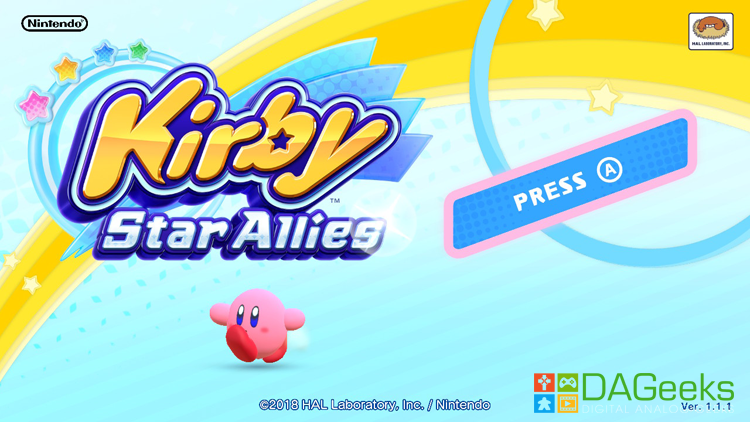 The Story starts of with Dreamland in peace, Kirby is sleeping, and Dedede is doing…whatever he does. On the other side of the galaxy is some other creature in a white robe worshiping some kind of Heart crystal, which explodes and sends its black heart fragments to the other planets, infecting the nearest creature. Now it’s up to Kirby to save Dreamland from these evil space invaders.

The first player will take control of Kirby, and as some veteran players know, he can inhale his enemies and absorb their powers. What’s new to the game is his ability to throw hearts at them and gain a star ally. These new allies will fight alongside controlled by a CPU or by your friends. But this isn’t exactly a new feature. What makes it different is the fact that players can now combine their powers to make more powerful attacks, like a fire sword, or a splash bomb, or even a curling iron, Usually a weapon type power-up with an element power. Players will go through the stages beating up enemies, finding puzzle pieces, and other secrets until they get to the end. You will see some old faces, like Dedede, or even the Whispy woods tree. 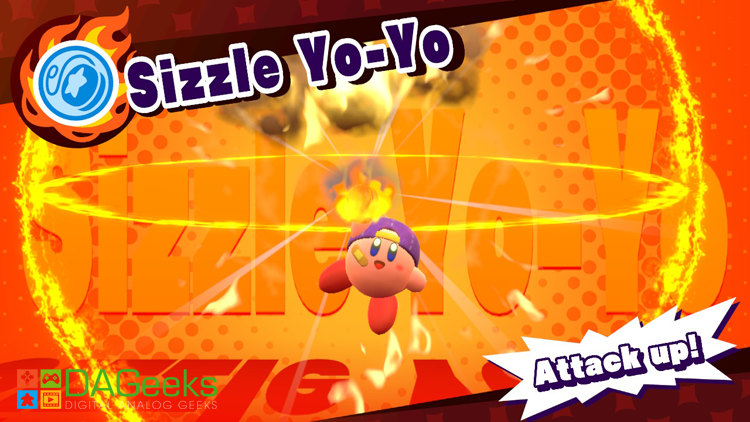 Apart from the Story mode, there are also mini games. in this game there are 2, the meteor baseball game where players compete to see who can hit the incoming meteor the farthest, and the tree chopping game where players will race to see who can chop down the tree first or who cut down the most lumber after time has run out. They’re both very simple, but actually pretty hard and can get really competitive especially on the harder difficulties. 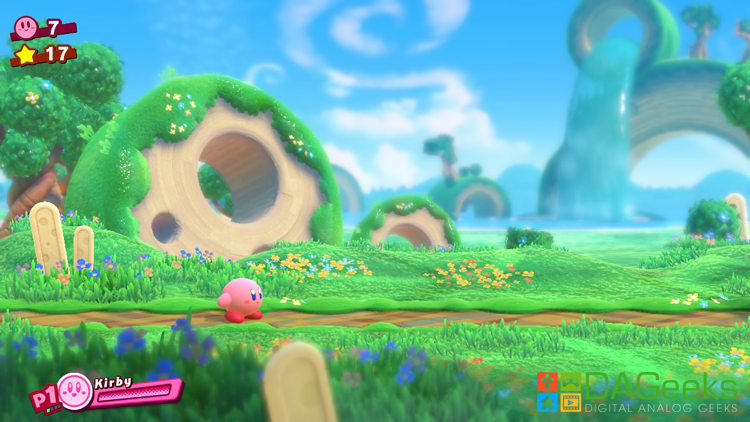 There are 2 modes unlocked once the story is finished. One is where players will go through the story mode again, but this time as only the sidekick they choose, and see how far they can get. The other is a boss gauntlet, playing as kirby you will go through each boss and see how many you can defeat in a row.

The game is simple and easy to pick up and play. The game doesn’t offer much difference from the previous games making it very easy to get into, but offer just enough for it to be a different experience altogether. The game also adds strategy in how you make your team, I personally like to have a team of 2 elements, and 2 weapon types, though there are exceptions. I played the game on my own, and have to say it isn’t bad, but I think the game is definitely meant to be played with a full team of players and not just CPUs. 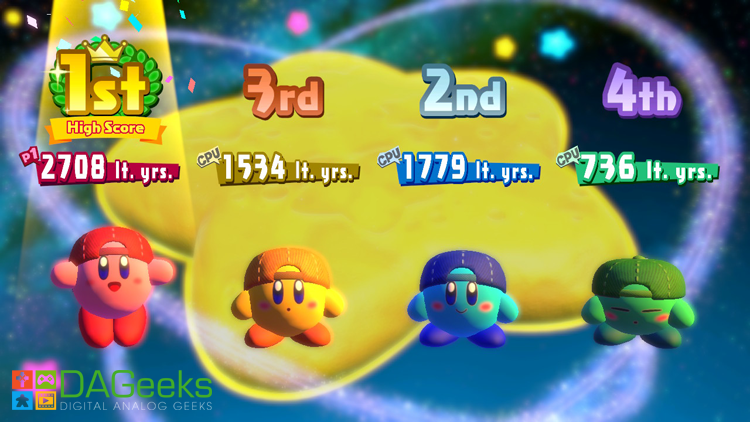 Story mode doesn’t really last that long, and is actually fairly short, though the game makes up for this with the other modes you can play. I played the mini games, and I have to say my favorite is the Tree chopping game, and it can get really heated when playing with friends. For those thinking of getting this game, If you don’t have anyone to play this with I would advise against getting it unless you’re a die-hard Kirby fan, as the game is definitely made to be played with a full team. 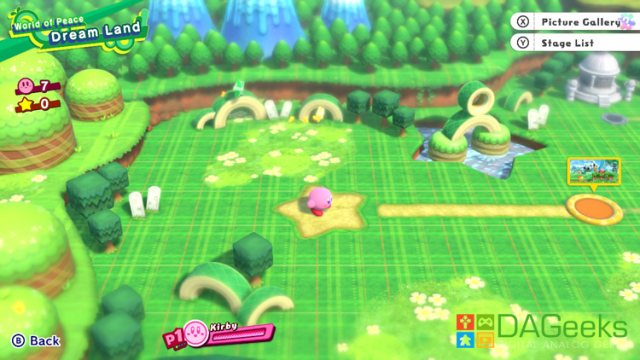 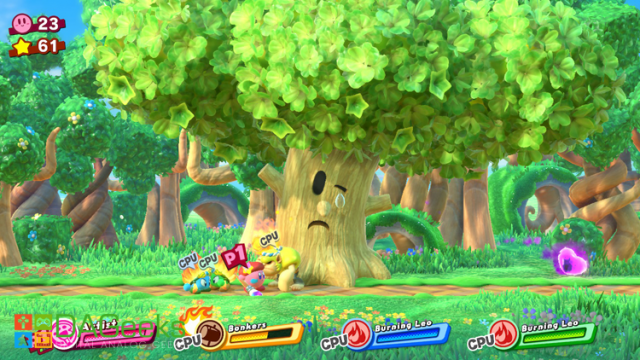 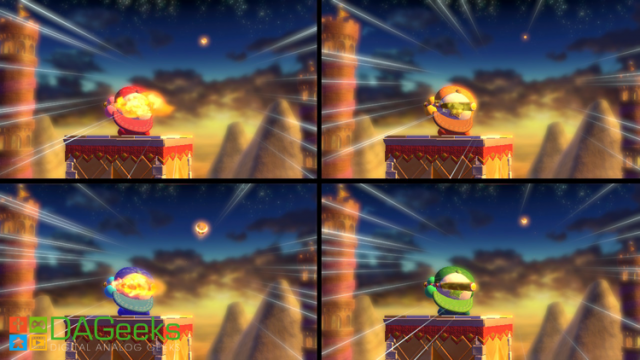 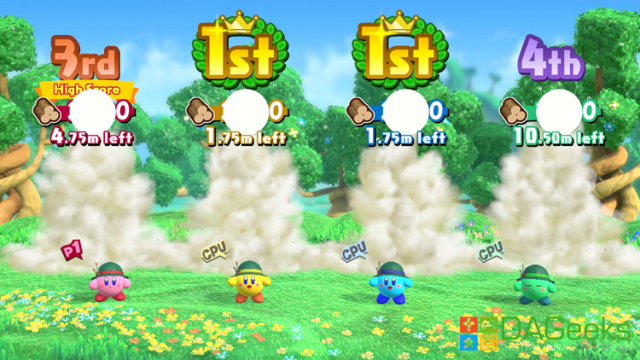