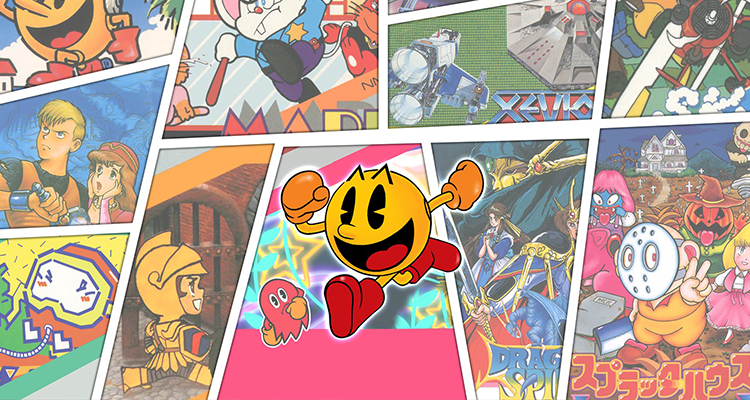 If you’re seeing retro game compilations being dropped left and right in digital game stores, know that this isn’t because of a drought in the video game industry caused by the pandemic. Capcom, Konami, SNK, and many other publishers have been competitively releasing retro collections for quite some time now. These companies used to just randomly pool classic arcade titles, cash in on the nostalgia, and call it a day, but now we’re seeing meticulously themed and curated bundles featuring long-forgotten titles together with old  time favorites. Recently, Namco dropped their own retro bundle titled Namco Museum Archives Vol. 1 and 2 .

You see, long before Namco unleashed the video game behemoths like Tekken, Soul Calibur, and the Tales franchise, it was king of the arcade scene. Gamers, young and old, certainly would know of their iconic games such as Pac-Man, Mappy, and Dig Dug, and that’s why their retro bundles are often something game collectors and nostalgia connoisseurs alike look forward to. While Namco has been releasing quite a lot of retro collections, this bundle in particular features a lot of Famicom titles that are only receiving a modern port now, which is reason enough for many to be excited.

The titles in this bundle include:

Going through the titles, one can see that some are quintessential on their own (Pac-Man titles, Dig Dug, Galaga), some are familiar by association (Mappy was a Namco mascot, Galaxian was the prequel to Galaga, and Wanpaku Graffiti is from the Splatterhouse series), and some are just relatively unknown. But regardless of their popularity then and now, all of these titles have their great moments in the history of gaming – as some are pioneers of their genre and other innovators. Which is why the bundle is aptly named a Museum – as it is a more interactive timeline of Namco’s arcade titles than just a themed or random selection of games. 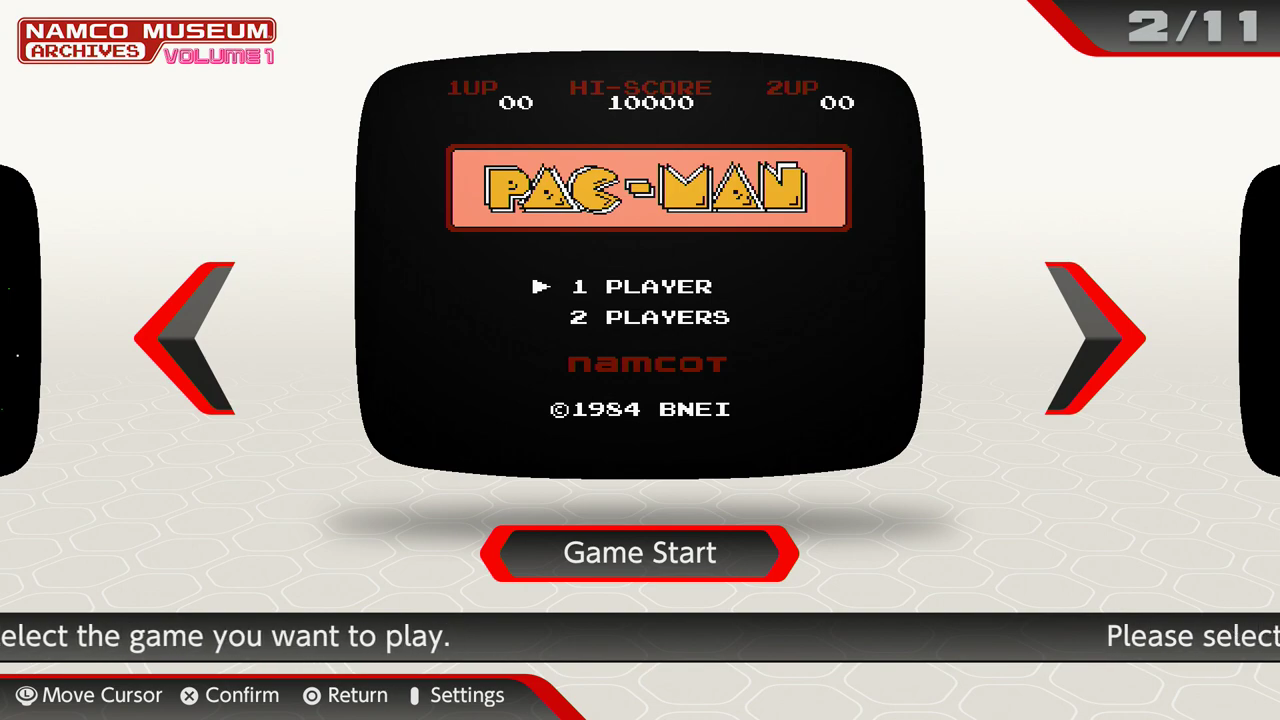 Volume 1 is anchored by Pac-Man, both its classic and Championship Editions. The classic edition is faithful to its NES incarnation, with only its sounds and music slightly updated. The Championship is a low-fidelity remake of the XBLA title – complete with all the neon coloring and shifting between the two sides of the maze. It is still Pac-Man at its core, but what is truly revolutionary about the Championship Edition is that the camera scrolls along with Pac-Man (as opposed to the classic’s static screen), which really goes well with Pac-Man’s speedy gameplay. While that in itself isn’t exactly revolutionary, it’s like a major QOL update the game had coming all these years to really modernize the dot eater experience. 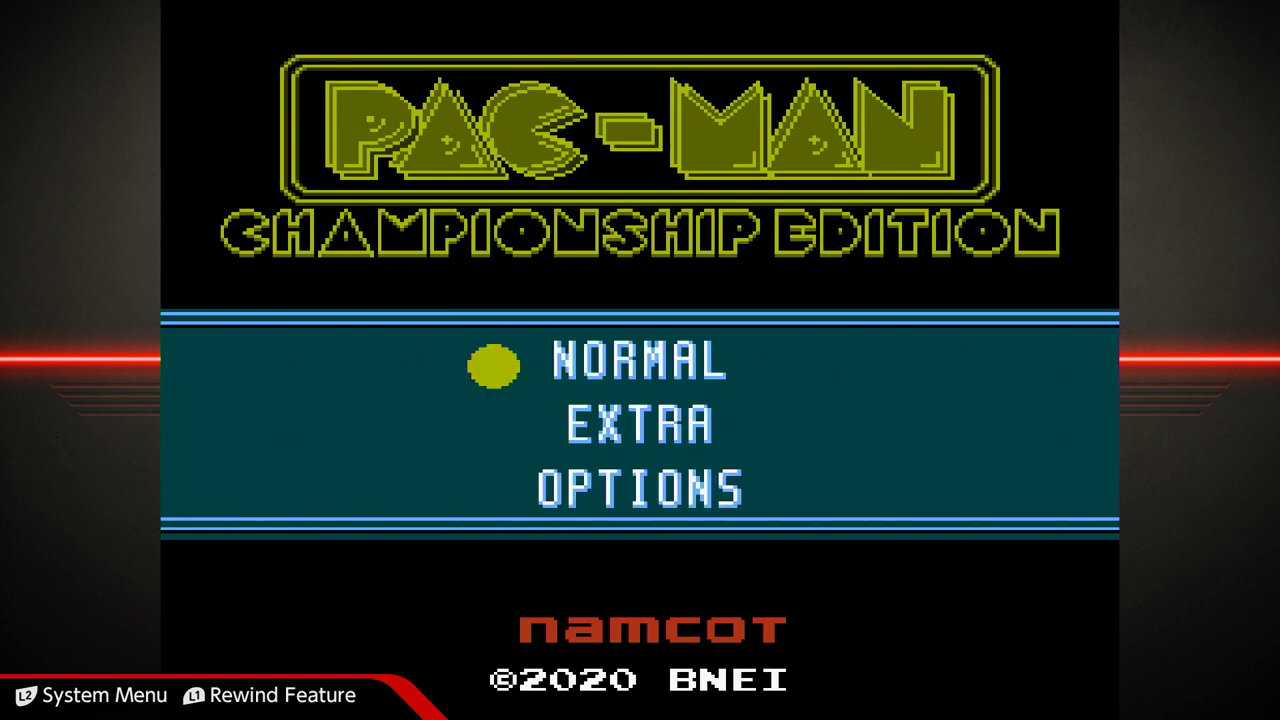 Another notable title in Vol. 1 is Wanpaku Graffiti, which was a Japan exclusive that hasn’t received a re-release up til now. The Splatterhouse series was a tribute to western slashers and horror that borders almost as a parody. Wanpaku is, on top of that, a parody of the Splatterhouse series. While the franchise attempts scary and gory in all its 8-bit fidelity, Wanpaku reimagines the game with cutesy, chibified graphics. The gameplay itself isn’t groundbreaking – being a typical side-scrolling action platformer, but what makes it memorable is its story and its graphic tributes to the horror genre.

Dragon Spirit: The New Legend is a vertical shooter, much like Galaga, wherein you play a dragon shooting down various creatures with interesting attack patterns. While a far cry from the bullet hells of today, there is a lot of merit for the novelty of having a shooter that wasn’t the usual fighter jets and such – especially back in the day. What’s interesting about this title is that it isn’t a completely faithful reincarnation. Gameplay has been slightly remixed to hold up for a home console version, so New Legend actually holds up as a title on its own.

Volume 2 of the Museum Archives are a bit tamer compared to the first. While Volume 1 had the lion’s share of iconic titles, Volume 2 features a lot of sequels and spin-offs of the first. . But that doesn’t really diminish their value. Outside of Pac-Man, Galaga was Namco’s most popular game – having innovated the vertical shooter genre. I remember when becoming an ace in Galaga was a rite of passage for many kids with a Famicom back then. Battle City was also a favorite, despite being a NES-exclusive.

One gem I found notable in this volume was Legacy of the Wizard. It was a Metroidvania game before the term was even coined. You play as five different members from a family on a quest to explore a cavern and find a legendary sword. Each member has a unique skill which will be needed to access and go through certain levels of the cavern, so there’s a lot of returning home and going back to the cavern as a different character. The concept is interesting, and could have been an inspiration to a lot of role-playing games, but it does take a bit of getting used to.

Rolling Thunder was a game I remember my parents played a lot. It’s a spy-themed run and gun that heavily featured taking cover behind blocks, and sneaking behind doors. It felt like a really retro Tom Clancy game that featured a lot of cop show elements.

One curious gem in this collection is Mendel Palace, which was the first game ever developed by Pokemon’s Game Freak. While it does not feature any cutesy creatures, it does feature a lot of interesting enemy designs. The gameplay itself is unorthodox, as you and a bunch of enemies are set on a grid, and the goal is to knock them off of it by flipping the tiles they’re standing on. Certain tiles can give you unique effects such as an AOE ripple or bonus scores when flipped.

All the titles in both volumes come with certain modern features to help accommodate players’ needs such as a quicksave function, where you can interrupt the game at any moment and come back to it later, a replay function that lets you start over either from the start or from your last function, or a dedicated turbo mode which differs in every game – such as platformers and shooters having auto-attack, and a speed-up option.

Now while the titles in both volumes are indeed notable games in arcade history, an actual history or museum featurette would’ve been a great addition to the bundles to really educate those not in the know or those who haven’t read articles like these. Otherwise, Museum Archive would just seem like another random nostalgia collection. Despite that, Namco Museum Archives is a standout from most retro collections due to the novelty its titles bring. Both volumes is a definite must for nostalgia collectors and classic video game connoisseurs.