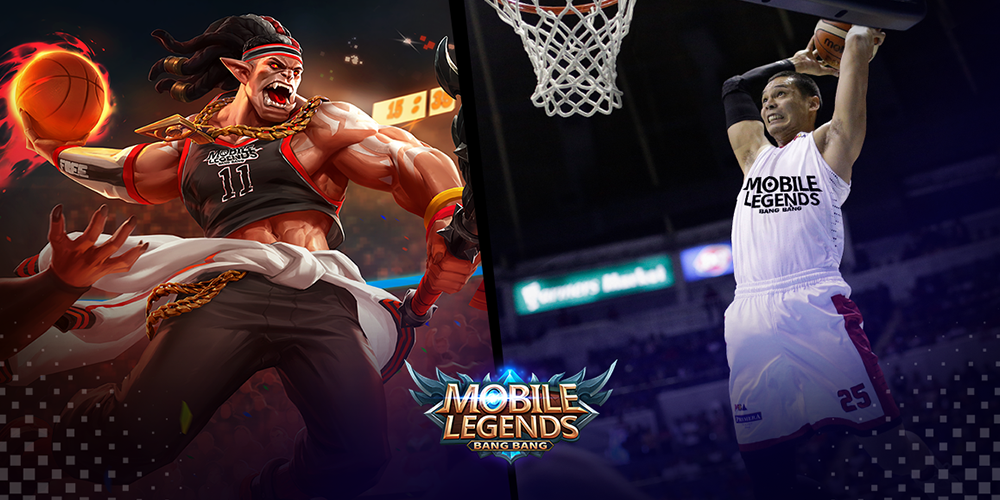 Mobile Legends: Bang Bang (MLBB), jumped into the basketball ring to further promote the game to the already millions of players with their collaboration with select Philippine Basketball Association (PBA) stars.

As an MLBB player myself, I find a lot of commonalities and shared values between MLBB and basketball most specially when it comes to forming a bond, and getting better together in the game as a team. Both games are exciting team sports and I’m quite sure Filipino fans feel the same passion towards the unique experience MLBB and basketball brings.

In the Commissioner’s Cup Finals two weeks ago, MLBB continued to strengthen its presence in the national basketball scene with an unexpected “player” making a special appearance at the PBA courts.

Surprising viewers tuned in during the PBA live streams was none other than MLBB’s epic hero, Balmond, donning a basketball jersey and delivering slam dunks.

Ginebra’s Scottie Thomson and other PBA players welcomed Balmond’s entry, and took their excitement to social media by sharing photos and live streams witnessing Balmond at the PBA finals.

No one expected a Mobile Legends hero would make an appearance at the PBA, not even the MLBB players invited to watch. For the Mobile Legends Professional League (MPL) finals, Mobile Legends also invited TNT stars from PBA’s strongest teams as guests to unveil Balmond’s Savage Pointguard skin.

Last July 11, MLBB released official trailers to announce Balmond’s skin, which was shared by players of the PBA, UAAP, and NCAA.