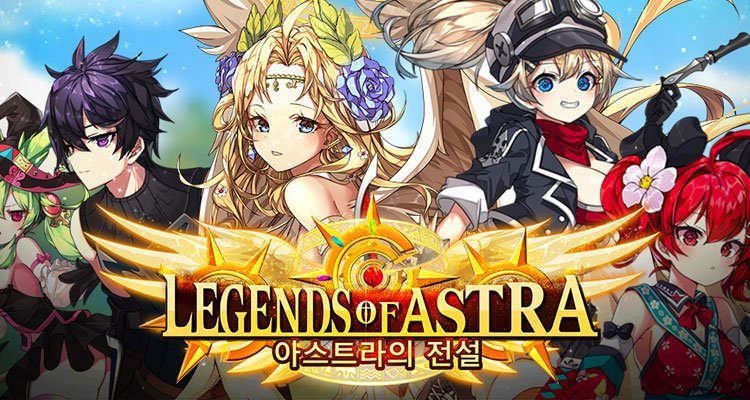 A new mobile game is out on it’s Open Beta Stage titled Legends of Astra developed by Dream Idea Soft Inc. Touted as an “action-packed” role playing mobile game, Legends of Astra boasts of features such as unit collection, companion management, equipment crafting and a bit more down the line.

The one interesting thing about the game though is that it has the “Play and Earn” feature where players can earn money in real-time by just reaching a high ranking and earning points while playing. Players can “encash” their money, by either purchasing in-game items or claim it as cellphone load.

Here’s a rundown of the other game features Legends of Astra has:

◇ Experience a revolutionary Action + Collection RPG
– Impactful and exhilarating combat.
– Early upgrades make it easy to collect various materials and make special equipment.
– Unique character appearance depending on armor equipped.
– Unique variation of each skill.
◇ Devastating skills can be chained to create Combos.
– Executing combos can change the combat style
– You can see each other’s unique skills.
◇ Extraordinary Equipment Combination System
– A revolutionary system that combines other equipment with the most enhanced equipment.
– You can collect stones from specific fields to create gems of multiple stats,
Attach fragments to equipment to create even stronger options.
◇ Never play alone!
– Collect unique Companions through your collection.
– Up to four companions can be brought along to finish the dungeon.
– Strengthen companions and
◇ Active reward system!
– Items will be given for free!
– Obtain special rewards just for playing.
Watch out for our oncoming features!
◇ Defeat the boss monsters!
– Band together and defeat the boss monsters! Unique equipment can be obtained.
– A more powerful attack pattern than normal monsters
Strategically hunt while avoiding attacks.
◇ Up to 4 vs 4 group competing system
– Companion Battle, Character Battle and Team Battle
– Ranking is updated after the end of the match
– Battle it out to see who’s the strongest!
You can head to the fanpage or website to know more about the game. And currently. players on Android platforms can play the game.