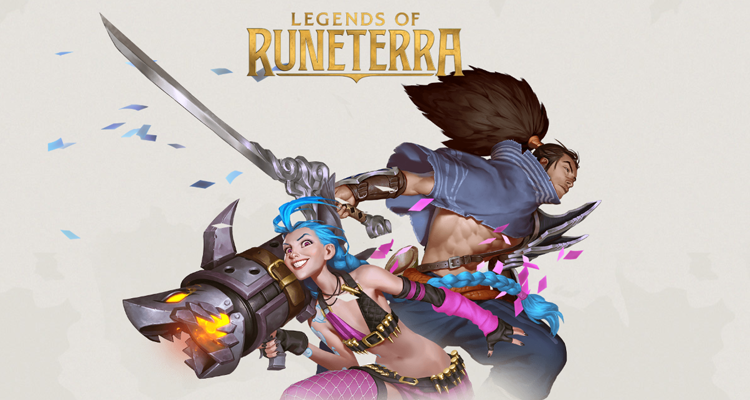 Another big announcement that I personally enjoyed during #League10 is the upcoming digital card game from Riot Games, Legends of Runeterra.

Yes, it’s another card game, and considering the other games attempt to create one *cough* *cough* it’s interesting that Riot is now taking it’s shot of it’s own free-to-play DCG.

For the complete overview of the card game you can watch the reveal video below.

So far the game seems to be designed for a more interactive board for players. The game touts to be designed to emphasize deck building creativity above everything else. And that you can craft your own strategy based from the deck you have created.

So far, there’s around 24 champion cards that will be released on the first set. So far, there are six champions that have their distinct playstyle revealed on the Legends of Runeterra website. They are namely:

As you can see, the six regions of Runeterra is represented in the first champion set. With each playstyle determined by their personality lore-wise. Champions will also be able to level-up and would seem as an integral game system to win the game.

Also, it seems that Legends of Runeterra was designed to reward players who would play around and combine cards/decks compared to just focusing on one champion. On paper, the game rewards those who would experiment and create crazy decks so it’s interesting how this factors in to the game’s overall meta.

Legends of Runeterra is currently still being developed, but there’s a special preview patch that would allow players on the PC to play with the game. Pre-registration is now ongoing so you can check out the site here, or the pre-registration page for Android right here.